5 Examples of "Unsexy" Brands Who are Winning at Content Marketing

I often hear clients lamenting that they have nothing to talk about, that their business doesn't really lend itself to social media content or blogging, or that they've already said everything that can possibly be said about their product or industry.

But in reality, every business has the capacity to deliver value-driven content - the myth that content or social media is only possible for "certain" brands misunderstands the medium's actual role.

Content is about shortening the distance between your brand and your customer, it's not about being the slickest, or the sexiest. Done well, it deepens the relationship your audience has to what you do, by inspiring, entertaining or informing.

To prove the point, I've compiled a list of a few of my favorite examples of content marketing underdogs in action, brands that may not immediately spring to mind as entertaining or ideal for content strategy, but who have succeeded through their own varying approaches.

1. Use New Mediums to Re-Imagine An Established Brand: IBM

You might not associate 'Big Blue' with creative inspiration - but then, you probably haven't seen their Tumblr feed.

Known as IBM'blr, the four-year-old channel is a consistent hotbed of original content, from the irreverent to the awe inspiring. They've managed to turn everything from quantum computing to fractal geometry into irresistible bites of visual delight.

True to brand and context, IBM'bler celebrates their culture of innovation in Tumblr's native language of GIFs and snippets. The channel's not just delightful to look at, it's a brilliant re-imagination of the ideas and people which have powered 'Big Blue' for more than a century. 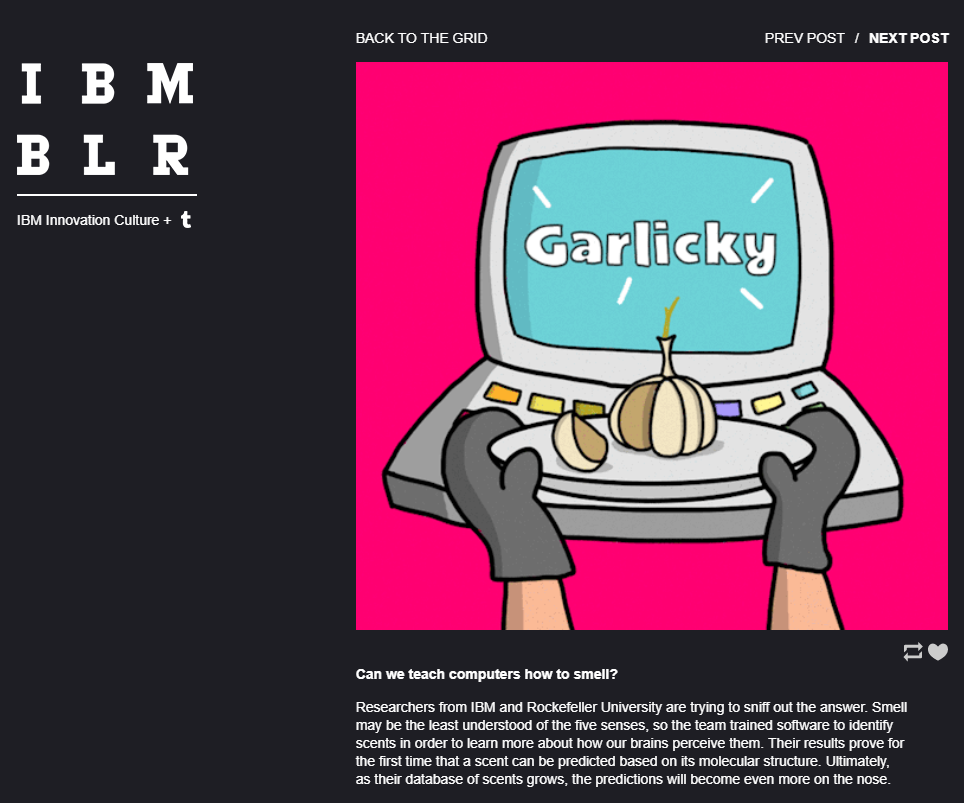 When your brand happens to be a 100-year-old train terminal, maintaining a consistently fresh and inspiring content stream might seem like a daunting task. But Grand Central Station has managed to do just that, largely by tapping the photography skills of the entire city of New York.

Using #sharegct, commuters are asked to capture and share their perspective of the nation's busiest train station in hopes of being featured on the official Grand Central feed. From an ever-growing stream of images (8,000+ and counting), Grand Central curates it's favorites, ensuring the photos that populate its feed are as diverse as the photographers behind them.

Fass Fuel Systems is the leading manufacturer of aftermarket diesel lift pumps and fuel/air separation systems. And while the systems are impressive on their own (to people that are into that stuff), Fass understands that it isn't just about their products, but what their products make possible.

Fans of such systems don't just love Fass, they love the diesel trucks, semis and other big boy toys that Fass helps to power. Fass' content strategy speaks directly to these passions, tapping into the culture that surrounds their products, and building a powerhouse brand in the process.

From funny memes to raw engine close-ups, content is the medium through which Fass let's fans know, "we get you".

You may not have ever heard of River Pools, but among inbound gurus, they're practically content lore. In just over 15 years, they turned a two-man pool installation start-up into the most trafficked swimming pool website in the world - a feat they largely credit to their blog.

By putting the customer at the heart of their content strategy, River Pools became the singular, online authority on all things fiberglass pools. River's content library expertly addresses the questions of pool owners and potential pool buyers alike, through a range of educational blog posts and videos. By providing a specialized service (in the form of free content), directly informed by real customers, they've unleashed their business' most powerful lead generation tool.

Alabama Power is 100-year-old electric and renewable energy company serving the state of Alabama. With 6% of it's power provided by water, they have a vested interest in the preservation of Alabama's lakes and rivers, and they're using this interest as the framework for a cutting edge content resource dedicated to Alabama's waterways.

APC Shorelines isn't simply about promoting Alabama Hydro Power, it's about promoting and preserving Alabama's natural water resources. An educational, tourism & public service, the site (and free mobile app) provides detailed guides for each of Alabama's fourteen water systems, including real-time water elevation reports, weather updates, fishing coordinates and even a list of the species you can expect to catch. 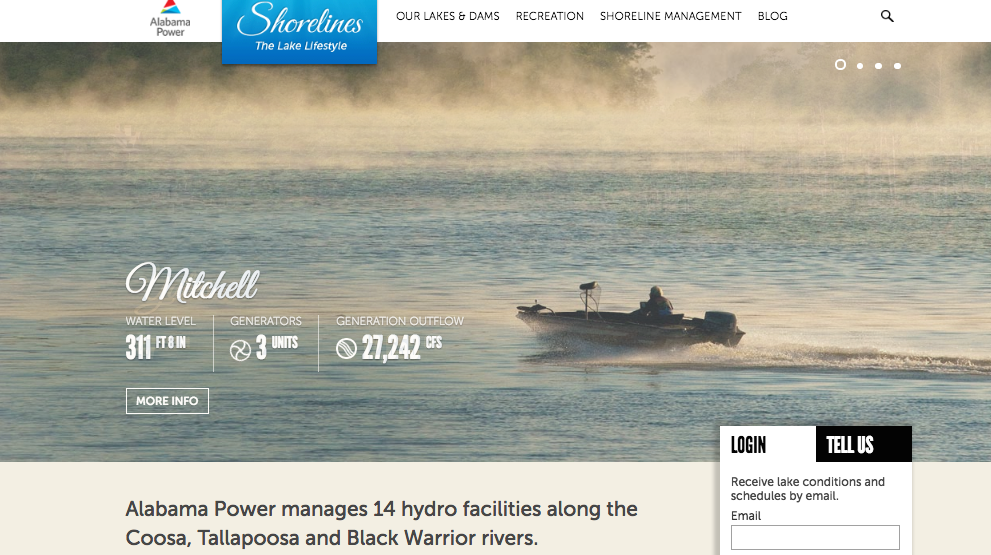