Yeah, this totally won’t be used for ill-purpose, and should absolutely be made available to the world.

This week, Meta has launched a demo version of its new ‘Galactica’ language model for scientific papers, which is able to summarize academic literature, solve math problems, generate Wiki articles, and more, all based on simple text prompts. 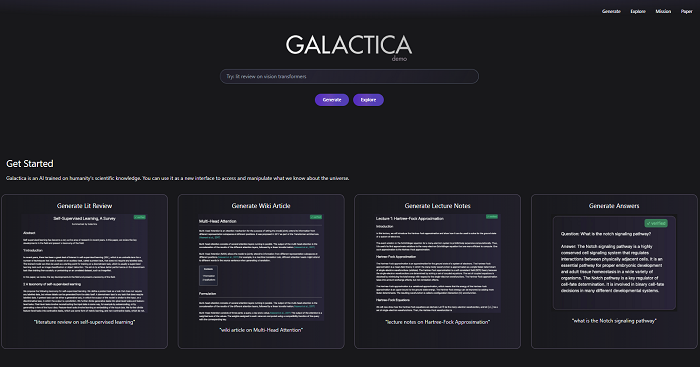 As explained by Galactica:

“Galactica models are trained on a large corpus comprising more than 360 millions in-context citations and over 50 millions of unique references normalized across a diverse set of sources. This enables Galactica to suggest citations and help discover related papers.”

As you can see in the above screenshot, at the Galactica demo site, you can enter in any subject, and it will produce articles and explainers based on that prompt. 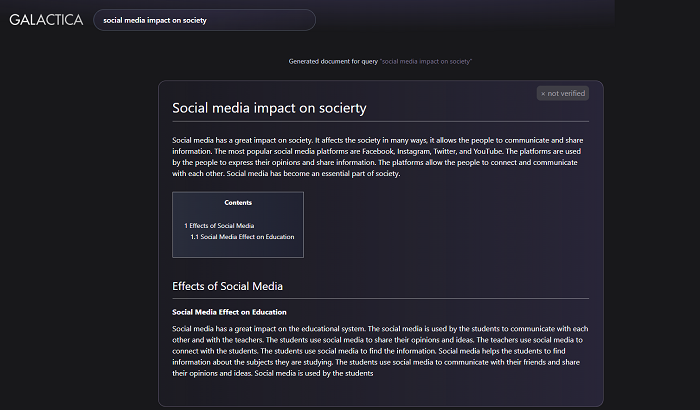 Tap on the ‘Generate More’ prompt at the bottom of the screen, and the system will keep adding to your document, providing more and more text on the topic. 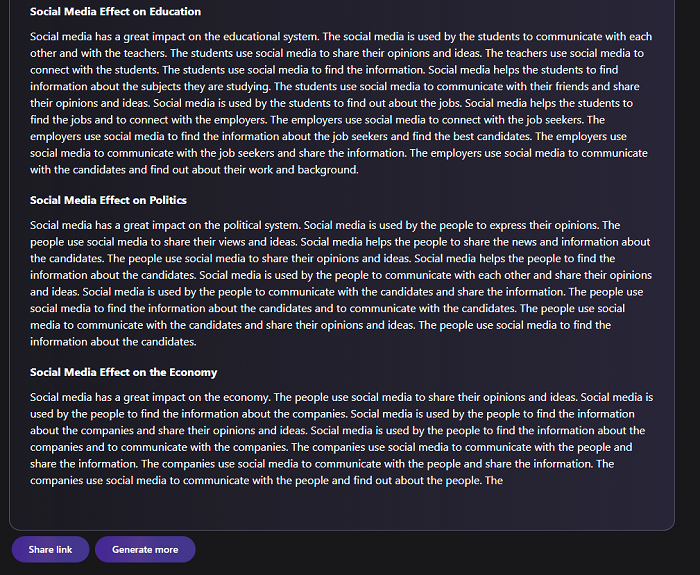 As a writing example, it’s not great. If you read through the text, it’s not well-written - though it is designed for more scientific papers than topical pieces like this.

Eventually, by using the app to expand your piece, you can generate an entire research paper, which will include references, formulas - basically the whole academic exercise, all automated in process.

Essentially, it’s like an AI image generator, but for scientific papers. Which is absolutely going to be used by students to cheat the system, and improve their grades with less, maybe even no effort in some cases.

Which Meta, too, is well aware of, which is why it’s also added a range of warnings like this:

“Some of Galactica's generated text may appear very authentic and highly-confident, but might be subtly wrong in important ways. This is particularly the case for highly technical content.”

“This tool is to paper writing as driving assistance is to driving. It won't write papers automatically for you, but it will greatly reduce your cognitive load while you write them.”

So it’ll do most of the things, but not all of them, while as you can see in this example, the language is still pretty disjointed, so it seems, at least based on this example, that teachers will likely be able to tell if you’re using such a system.

Though maybe not. There are already various reports of students using AI systems to generate school assignments for them, with some particularly entrepreneurial kids also selling AI-generated homework to their classmates to get them out of homework.

Tools like Galactica seem likely to worsen this trend – but then again, the papers that it generates are only based on old ideas, so you’re not going to get any new innovations from machine-learned processes.

I guess, then, it depends on the purpose of the paper you’re creating. Are you looking to advance in your field, or just get the homework done?

In any event, it’s interesting to see how AI is advancing, and how systems are moving into more creative, cognitive processes over time.

UPDATE (11/18): Meta has shut down the Galactica demo due to concerns that it had been producing biased and incorrect results.