Meta Will Continue to Invest Big in the Metaverse in 2023, According to CTO

While most of the attention in social media circles of late has been focused on Elon Musk, and his various changes at Twitter, Meta has quietly gone about its business, keeping out of the spotlight as it continues to push towards its next stage.

Well, actually, Meta has gone quiet since this:

The backlash to this image of Meta’s in-development metaverse experience prompted market concern, stock sell-offs, and though questions around the future direction of the company, with the main query being: ‘How has Meta sunk tens of billions of dollars into a VR world that looks no better than game graphics from the mid-nineties?’

Meta quickly shifted gear, and sought to reassure investors that better stuff was coming, which it would showcase at its Connect VR conference. But when those demonstrations also failed to excite, Meta reassessed its comms strategy - and it would have been relieved to then see the Elon drama take over the headlines, leaving it to quieten down, take a backseat, and refocus on its next-level push.

So how is Meta re-focusing, especially amid its broader cost-cutting program that’s already seen it cut over 11k staff this year?

Well it’s definitely not cutting its VR investment, according to a new update from Meta’s head of VR Andrew Bosworth.

“As reflected in our Q3 results, about 80% of Meta’s overall investments support the core business, with the other 20% going toward Reality Labs. It’s a level of investment we believe makes sense for a company committed to staying at the leading edge of one of the most competitive and innovative industries on earth.”

So, Meta intends to keep spending big on the metaverse, whether people can see the end game or not – which makes sense, but could also see Meta’s stock value continuing to decline for some time yet.

But according to Boz, this is what’s necessary, in order to build towards the next stage.

“These are the moments that truly test people’s belief in the future. During boom times, it’s easy to make big, ambitious investments in what’s coming next. But when economic conditions turn, it’s just as easy to turn the other way: cut back on your ambitions, stick to what’s safest and most profitable today, and squeeze as much as you can from it. We’ve all seen the disastrous consequences of this kind of short-term thinking: hollowed out companies that gave up on innovating long ago, content to just turn the crank on an existing business until it stops working.”

It's impossible to predict, of course, exactly how this will all play out, but Boz is right in that if Meta were to shift priorities, that could leave it vulnerable in future, as failure to innovate opens gaps for competitors to step in.

If Meta truly believes that the metaverse is the future of digital connection – which most trends would suggest it is – then it needs to stay the course, despite potential backlash, negative perception, stock impacts, etc.

Boz also says that 2022 could eventually be seen as a foundational year for VR development, touting the development of improved mixed reality tools, which enable greater interaction with real world spaces, as well as hand, eye and face tracking to improve VR control, and make it an increasingly immersive experience. 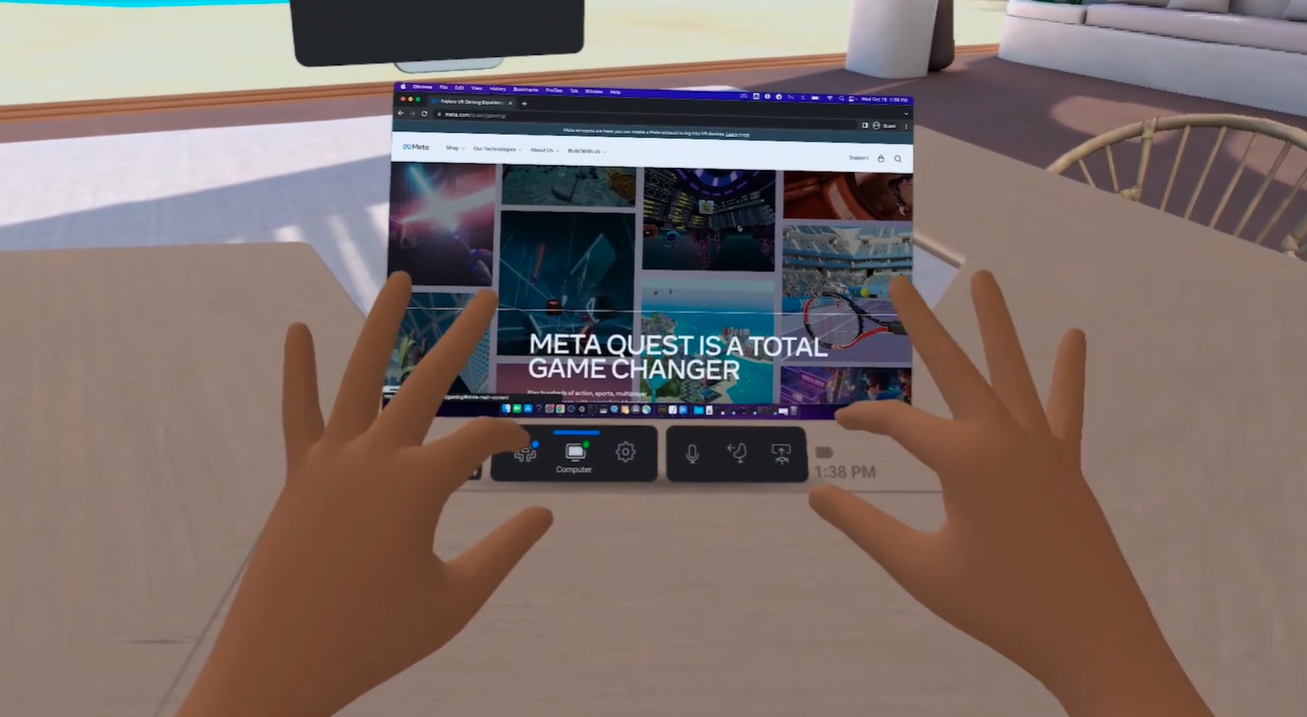 Bosworth also points to the establishment of its growing VR creator community, which has seen many skilled, passionate people move into Meta’s VR ecosystem, another key step for the creation of the next phase.

Though Boz doesn’t mention that Meta has also lost a significant level of experience, with former video game engineer, and VR advocate John Carmack announcing that he would be leaving the company last week.

Carmack, who’s been with Meta’s VR division since 2014, said that the company has huge potential in VR, but is often mired by its own bureaucracy and scale.

“It has been a struggle for me. I have a voice at the highest levels here, so it feels like I should be able to move things, but I’m evidently not persuasive enough.”

That could be a concern, but with Meta also cutting jobs, and streamlining its processes, maybe, the loss of Carmack will prompt a reassessment of process, which could lead to internal change.

Either way, according to Boz, Meta will keep pushing forward, and keep shoveling money into its metaverse experience, with an eye on the next stage.

Will that pay off? There are many indicators to suggest it will, but it’s also not a given, and Meta has some way to go before anyone knows for sure if it’s hitting the right notes.