Facebook has added some new ways to quickly access emojis within Messenger chats, as well as a new chat background option, which could point to coming sponsored background opportunities.

First off, on new emoji features - the main addition here is a new emoji search bar at the top of reaction picker panel, which will enable users to quickly search for the emoji they want to add by entering a search term. 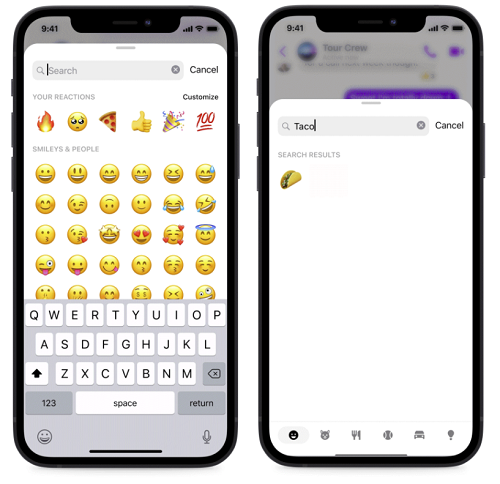 As you can see here, enter 'Taco' and the taco emoji shows up. That could actually be a very handy update - rather than having to swipe through, squinting at the tiny images on screen, trying to find just the right one, now, you can enter a keyword search and get to what you want even faster.

Facebook's also added a new 'recent reactions' section to the reaction picker, for those emojis that you use regularly, but haven't quite made it onto your top reactions line-up. 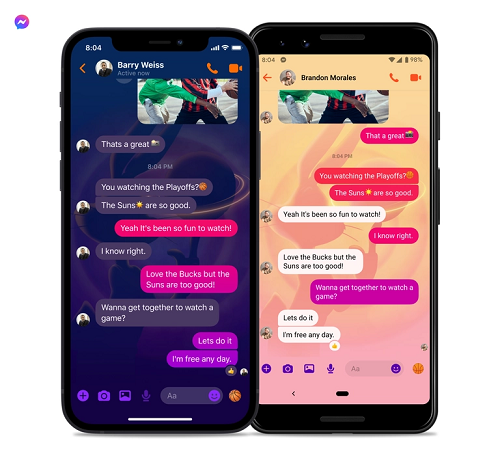 "Whether you’re an old-school fan or just a new member of the Space Jam fandom, you can now try out our brand new Space Jam chat theme, available in Messenger and Instagram DMs."

Facebook has also added themed background options for the 'Fast and Furious', the latest album from Olivia Rodrigo and 'World Oceans Day'.

Which points to a potential ad option in future. Facebook hasn't made this into an official promotional offering as yet, but the expansion of its custom themes, tied into film and music launches, could suggest that this will eventually become another consideration at some stage.

Though it may also depend on usage. If no one's overly interested in customizing their chat backgrounds, then there won't be much value in it, so Facebook is likely using these initial projects as a test of sorts to get some idea on potential take-up.

Either way, it's another way to spice up your chats, while the additional emoji options could help save time in adding your visual responses.