Facebook has this week outlined an update to its Free Basics internet connection initiative, through which the company is working to connect the other 50% of the global population that, right now, cannot access the web.

The new project is called Discover, a process which enables users to access an expanded range of internet services via the platform, as opposed to the previously limited subset of web tools and sites made available via the first iteration of the Free Basics offering.

Facebook launched the initial Free Basics platform back in 2015, an expansion of its internet.org initiative. The idea of Free Basics is that it enables people in regions with limited connectivity to access the internet, with a collection of partner websites selected by Facebook contributing to the limited-data service. 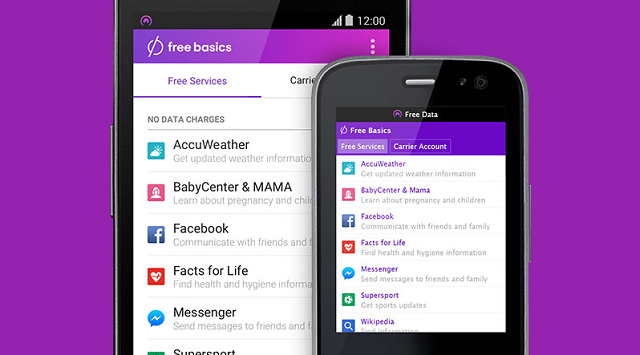 This enables Facebook to facilitate more web connection, which aligns with its broader mission to 'connect the world', while also likely adding more users for Facebook's audience over time.

One of the key problems identified with Free Basics, however, is that Facebook maintains full control over the platform, and is therefore able to pick and choose which websites users can access through it. That means that for people with no access, they would then be beholden to Facebook to provide them with access to what it deems suitable, which could see increased emphasis put on Facebook's own products. Various regional regulators saw this as a potential conflict, most notably in India, and Free Basics was subsequently banned in some areas.

Discover aims to address this.

"Discover is a mobile web and Android app that can be used to browse any website using a daily balance of free data from participating mobile operators."

In essence, Discover is still Free Basics, but it allows broader web usage, so Facebook is no longer in the position of determining which websites people can access through the tool.

Connecting more people is key to Facebook's growth plans, while as noted, it's also in alignment with its broader 'social good' initiative of connecting the world. The PR push is that Facebook wants to play a role in democratizing information, and facilitating web access - but at the same time, more people connected to the web will inevitably equate to more users for Facebook.

Case in point, Facebook is now close to 3 billion monthly active users across its apps, out of a global population of 7.8 billion. Factor in that only half of the world, reportedly, is even able to access the web and you can see why Facebook would be very keen to get more people connected.

Through Discover, Facebook will be hoping to appease regulatory concerns, and expand into more regions, which could be key to ongoing growth of the platform moving forward.

Facebook is initially launching Discover in Peru, with a view to expanding the option to regions in Thailand, the Philippines, and Iraq in the near future.