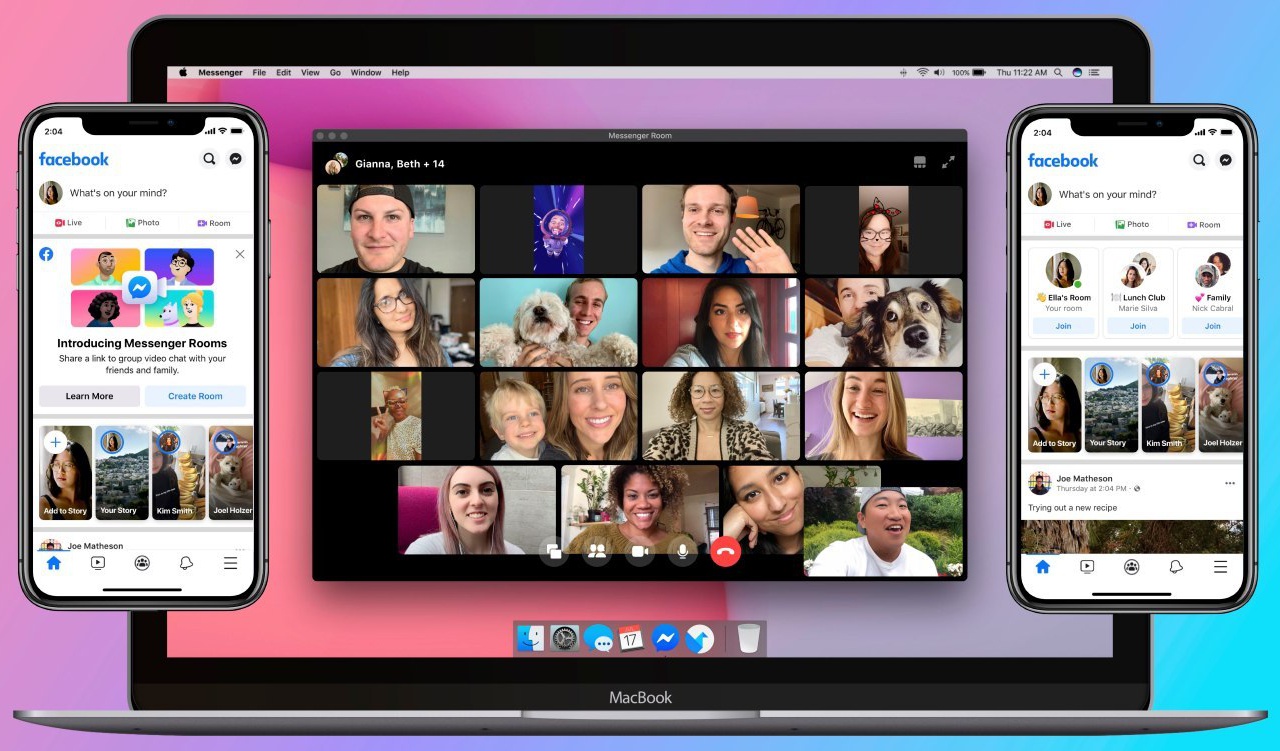 Messenger Rooms enables users to host video chat rooms of up to 50 people, with friends able to see when you have a room active at the top of their Facebook feed, and drop in if they want to join the discussion. Rooms are also available within Facebook groups and events.

The option first became available to users in Australia last week - and having tested it out a few times, it does feel a little clunky and rushed at this stage.

Initially, when Rooms first started appearing in Australian user feeds, it didn't work at all, with the 'Create Room' button failing to launch anything. Then you were able to create a Room via the desktop version of Facebook, but you had to join it via Messenger - so you could create an active room with nobody in it, and seemingly no way to join it yourself, unless you went digging.

Facebook's also changed the in-app presentation of the Rooms carousel a couple of times already, as you can see in these screenshots from Meg Coffey.

A problem that's likely to cause confusion is that the carousel lists not only people who've created a Room, but also those who are simply active on Messenger at any given time. That's a little confusing, as it appears, at a glance, that all of these people are in their own Rooms, and up for a chat - but if you tap on the 'Say Hi' CTA at the bottom of their profile image (you can see this in the second image above), you simply send them a message, because they're not actually in a Room.

Early rumblings from Australian users haven't been overly great, while the UX of Rooms is also fairly basic. Essentially, it's a Messenger video call, which people can ask to be added to as it's in progress. Which, I guess, is as advertised, but still, it doesn't feel as collaborative or open to group discussion as, for example, Zoom, which many have suggested Rooms is competing against.

Still, Facebook says that time in group video chats has increased 1,000% in recent weeks, and providing an alternative social connection option makes a lot of sense in the current situation.

Facilitating casual video chats seems like a good proposition, but Facebook may still need to refine Rooms a little more before it becomes a more significant element.

Note: Messenger Rooms are not available to Facebook Pages at this stage.