After seeing good response to its past iterations of suggested posts for users, based on their interests, Instagram is now looking to take that a step further, with new test of suggested posts and topics in user feeds, even ahead of posts from profiles that you follow in some instances. 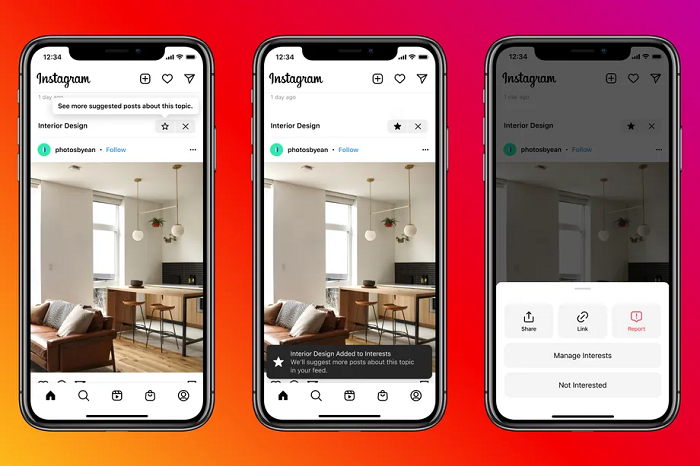 As you may recall, last year, Instagram added a new listing of suggested posts at the end of your main feed, for whenever you scroll through all of the latest updates from the people and profiles that you're following. Instagram had been testing that since 2018, in varying forms, and based on the engagement with that recommended content, the platform is now seeking to double-down and highlight more accounts, topics and posts of interest to expand user horizons.

"Suggested posts will be mixed throughout your primary feed, sometimes ahead of photos and videos from people you follow."

Which will no doubt cause some user angst. Many IG users are still calling for a chronological timeline option, so the idea that they'll now see random posts from profiles that they don't even follow at all above posts from friends and family is unlikely to be universally well-received.

But as Platformer's Casey Newton points out, this may be part of the broader 'TikTokification' of social. TikTok is able to maximize user engagement due to the public nature of TikTok posting, which enables it to pull from a much broader variety of content inputs to populate your main feed. It's less about who you follow in this context, and more about what's getting the most engagement, which expands TikTok's opportunities to highlight the most engaging posts to each user, and boost time spent.

Instagram is likely hoping for similar, with recommendations closely aligned to your interests ideally making that main feed even more magnetic, and keeping people scrolling for even longer. Which could work, so long as Instagram's algorithm is indeed able to detect the most relevant content for each individual user.

Which is no simple feat. Right now, my Instagram Explore page is mostly aligned to my interests, but there's also a lot of stuff in there that I don't care about. Ensuring that balance weighs towards the former will be key to making this work - while Instagram's also adding new control options that will enable users to add and remove topics that they may want to see more/less about, as well as the capacity to snooze recommendations of individual topics for 30 days to hide them from their feed. 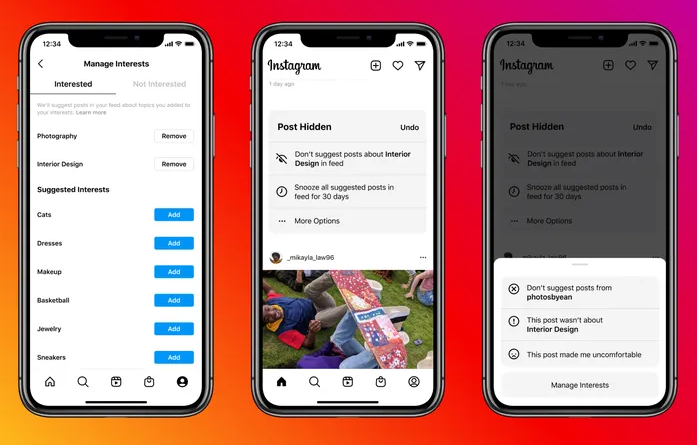 Which is similar to Twitter's recommended topics - but hopefully, Instagram will do a better job of recommending relevant posts than Twitter currently does, with Twitter seemingly just chucking random interests in-between tweets in the hopes that something will stick (it recommended 'dinner' as a topic of interest to me yesterday).

So is it a good move? Well, again, it all hinges on how well Instagram can highlight relevant content options. Even people who don't like the idea will get over it if the posts they're shown are actually engaging/relevant - but no doubt some will be upset that they're not seeing every post from the profiles they do follow, while they're being shown these recommendations.

But really, like its previous recommendations, Instagram will mostly be hoping to ride out that initial user angst long enough for it to become embedded, a normal part of the process, which will then give the platform more capacity to highlight relevant content, and boost user engagement.

It could also be a key tool in its broader eCommerce push, adding more ways to showcase relevant products to likely interested users, and boost sales as a result.

In this sense, it could be a positive move for businesses on the platform, helping to improve discovery among potential customers based on their interests.

Either way, it is just a test for now, so we'll see whether that user backlash is too strong, and what results IG gets.