With Apple pushing ahead with plans to introduce new changes in iOS 14 which will explicitly prompt users to opt-into data tracking for each app on their device, digital ad networks have expressed deep concerns over how those changes will impact their core businesses.

Last month, Facebook sent out a warning to Audience Network advertisers, explaining that the changes to Apple's Identifier for Advertisers (IDFA) system could potentially cripple its expanded ad network once it's rolled out. And this week, in an interview with CNBC, Instagram chief Adam Mosseri has also flagged concerns the update, and how it could impact Instagram advertisers moving forward.

As a brief explainer, IDFA enables app owners to track individual user data within apps, including actions taken in the app, device info, acquisition insights, etc. iOS users can currently opt-out of IDFA tracking, but the settings for such are not readily accessible, and require some digging to find. The update to iOS 14 will make IDFA explicitly opt-in, with a new pop-up prompt for each app.

The concern is that this will see many more users opting out, significantly reducing tracking capacity, and subsequent ad targeting options as a result. In response to these concerns, last week, Apple announced that it would delay the roll-out of the IDFA changes until next year in order to give developers more time to prepare.

But according to Mosseri, that's not likely to provide much relief:

“If the ecosystem changes in a way that advertisers can’t really measure their return on investment, that’s really going to be, yes, somewhat problematic for our business, [but] it’s going to be much, much more problematic for all the small businesses.”

Mosseri says that millions of SMBs rely on the ad tools offered by Facebook and Instagram in order to target specific audiences, and reach those customers with cost-effective promotions. The IDFA changes will impact that process, and potentially make it much more difficult to effectively maximize the positive benefits of advanced ad targeting.

Whether you agree with that or not will come down to your individual perspective, but it does make sense that by giving people a large warning prompt on data tracking, that more people will switch it off, even if it's actually more beneficial for them to leave that reporting process active in order to better tailor ads to their preferences.

Essentially, the counterpoint to the privacy argument is that app users will still see ads, they just won't be as relevant. Which is likely a worse outcome in most cases.

As an alternative, Mosseri says that Facebook will be working to present improved data-tracking control options which will better explain the process and help inform people, as opposed to scaring them with such prompts.

“We believe that there’s a way to be really responsible and give people control over their data and transparency into their data but without cutting off our understanding and therefore operating blind.”

Mosseri says that Facebook will be making this case to Apple in the coming months, in the hopes of changing its approach to its IDFA warnings.

This is key area for all digital marketers to note, and while we don't know what the full impacts will be, it could significantly change your ad targeting process, if the changes eventually do roll out as planned.

In addition to IDFA, Mosseri also offered some brief, early insight into the performance of Reels, Instagram's TikTok clone functionality, which it recently expanded to (almost) all users after its initial launch in selected regions.

"We're seeing some early momentum, and we're growing particularly fast in countries like India, but it's early days and there's a long, long way to go."

Instagram responded to the early momentum of Reels in India by adding a dedicated Reels tab for Indian users last week, which it's now also testing in other regions as well. 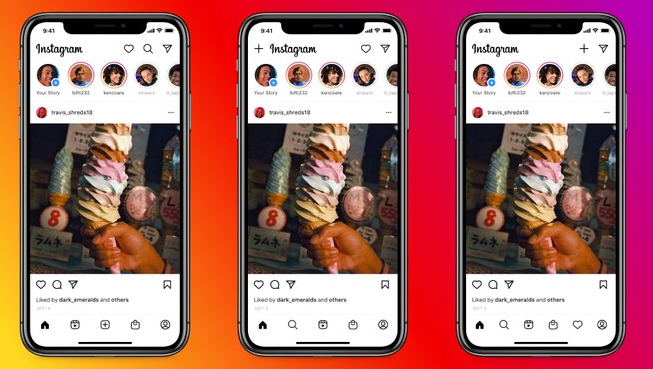 That extra exposure could help push Reels usage - especially in India, where TikTok has now been banned for more than two months. If Reels gains momentum, it'll be much harder for TikTok to re-enter the Indian market, where it reportedly had more than 200 million active users, while more recent reports have also indicated that China may push for a ban of TikTok in the US, as opposed to agreeing to a sell-off, and being seen as conceding to the US Government's ruling on the app.

That could see more TikTok users at least testing the waters with Reels, as an alternative, in the case of a ban.

For its part, Mosseri says that Reels is less about TikTok itself, and more about moving with the times.

"We've seen short-form, performative video grow, not only on Instagram but on other platforms as well, and we have to adapt to those big shifts, because one of the biggest risks for us is that the world changes around us. We obviously have competition, but the bigger risk when you're a platform like us is that you just become less relevant."

So it's less about blunting TikTok's momentum, and more about being progressive, based on trends. Or both - either way, expect Instagram, and Facebook more broadly, to stick with its process of copying the functionalities of rising apps.

Mosseri also offered some brief commentary on the potential TikTok sell-off, and the benefits of such, as it might be, for Instagram:

"Any short-form benefit, in terms of stifling a competitor right now, I think is greatly outweighed by the risks of a more fragmented internet. We benefit greatly from the ability to operate in countries all around the world, and if we move to a place where countries start to silo the internet within them, and we can't operate in that way, I think [that's] much more problematic than any short-term benefit is beneficial."

Worth noting too that the European Union privacy regulator this week sent Facebook a preliminary order to suspend the transfer of data about EU users back to the US. That move could have significant impacts, with concerns about data misuse potentially leading to a new, more contained approach to user data, which could severely impact the operations of the major digital platforms.

The TikTok sell-off seems, in many ways, more about the US making a statement against China (US President Donald Trump has repeatedly noted that the sell-off decree is a form of punishment for China failing to contain COVID-19), but the fundamental legal ground for the shift relates to data-sharing, and how user data can be abused by different nations.

There are safeguard agreements already established on this front, but by highlighting the concern, the US Government also appears to be amplifying fears about the same in all regions, which could lead to a wholly different approach to data storage moving forward.

It's another interesting debate to be had within the fast-evolving digital battleground.