This is not going to please marketers that have made Instagram Stories a priority.

Over the past few weeks, Instagram has been testing a new Stories presentation UI that essentially hides Stories posts after a certain frame count.

As you can see in this example, shared by Content Strategist Claudia Flannery, some Stories are now only displaying the first three frames, along with a tiny ‘Show all’ prompt in the top left of screen. 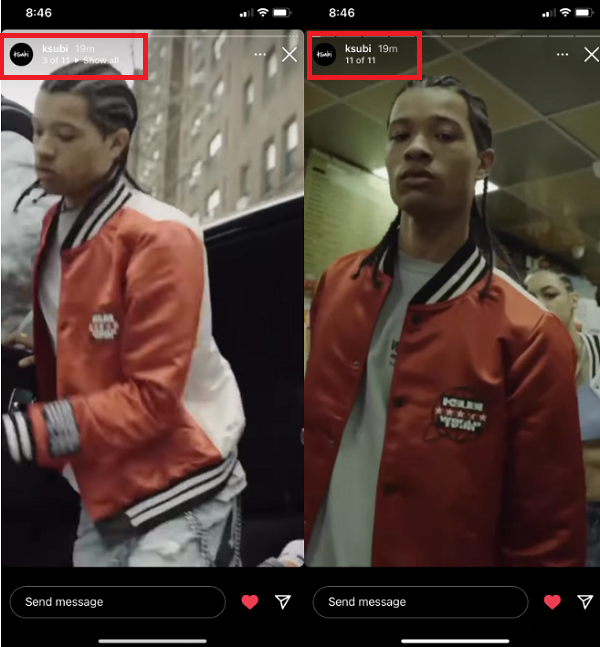 That would be easy to miss, which could mean that if you’re posting more than three frames to your Story, those later ones will be significantly less likely to be seen.

As noted by Flannery:

“This obviously will lead to a significant decrease in views and reach, given that most are unlikely to actively go and click to show all.”

That, I suspect, is correct – so why would Instagram do it, and will this be rolled out to all users?

We asked IG for some insight, and it provided this response:

“This feature is in early development and testing with a very small percentage of people.”

So no real insight there, just confirmation that this is in testing.

My speculation would be that this is tied into Instagram’s Reels-first focus, which has also seen it launch a test of a new, full-screen UI, which would incorporate feed posts, Reels and Stories in a single stream.

As you can see, in this format, Stories would be shown with the frame count along the bottom of the screen, indicating that users can swipe left to see more – and maybe, within that, Instagram feels like including too many frames will be off putting, taking users out of the vertical swiping experience.

Or maybe it’s a technical capacity thing, and Instagram can’t make it work beyond a certain frame count. Either way, if it is rolled out, you can expect your Stories performance to decline, especially, again, in those latter frames that few people will manually tap through to see.

It seems like the wrong way to go – but with Reels now becoming the key growth element on Instagram (Reels now make up more than 20% of the time that people spend on Instagram), maybe this is just another subtle push from the platform to get people focused on Reels instead.

Maybe that’s the only basis needed – we don’t know, because Instagram hasn’t given use any additional context, but again it is in testing, and its impact on content strategies could be significant.