With Microsoft this week showing off its coming, next gen Xbox Series X gaming console at its Xbox Games Showcase event, the company has also partnered with Snapchat on a new AR campaign which will see a series of game-themed AR Lenses showcased within the app. 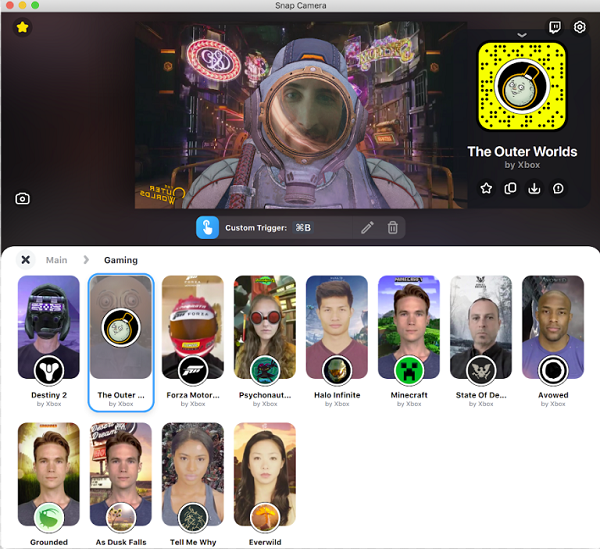 "To celebrate the Xbox Games Showcase, and provide fans at home with an immediate way to interact with the brand-new games being shown, Xbox worked with AR agency Look Mister to create 12 unique Snapchat Lenses based on many of the biggest game reveals from the show."

As you can see above, the 12 new Lenses have been given their own, dedicated section within the Snap Camera platform, while they can also be used within the main app.

The campaign is significant, both in scope and application.

In terms of scope, this is the first time that a company has launched 12 new, themed AR Lenses at once, making it a significant promotional push, and underlining the value of Snapchat as a connective tool for those looking to reach younger audiences.

Indeed, as Snapchat has previously noted, the app now reaches some 90% of 13-24 year olds, and 75% of 13-34 year olds, in the US, which, it claims, is more than Facebook or Instagram. And those users are increasingly engaging with the app's AR options -  in Snapchat's latest quarterly update, it reported that user time spent engaging with Lenses has grown 37% year-over-year.

Given the stats, it seems like a perfect vehicle for connecting with the target audience for the new Xbox.

In terms of application, it's equally significant. While Snapchat has sought to make the process of creating themed AR Lenses easier, with template-based tools that anyone can use to put together an AR campaign, there's still a level of technical capacity required to create complex, unique AR experiences like these. Microsoft, of course, has the capacity in this respect, but such a comprehensive campaign would be out of reach for most brands.

But still, it's an interesting activation, which once again underlines the value of Snap for promotion.

Also, if you want to spice up your video conferences, the new Xbox Lenses are also available within the Snap Camera add on. 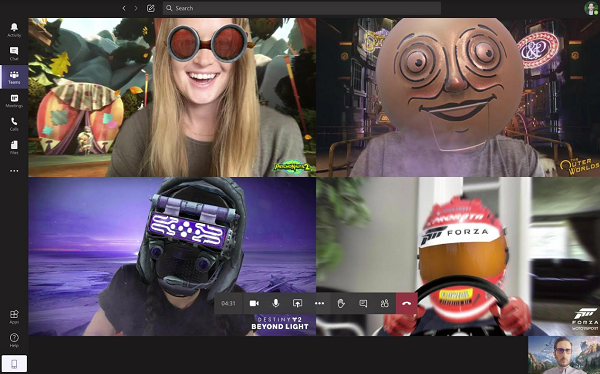 It may seem somewhat niche, but gaming is most certainly on the rise - more than ever during the COVID-19 lockdowns. As such, you can imagine that these new Lenses will prove popular, and will help to raise awareness of the coming Xbox titles.

The 12 new Xbox Lenses are available to all Snapchat and Snap Camera users globally. If you're interested in giving them a try, you can scan these codes in your Snap camera. 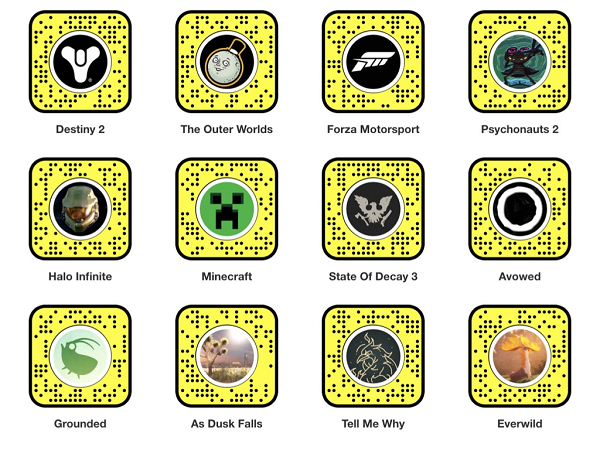