New Report Finds YouTube Facilitated 394,000 Full-Time Equivalent Jobs in the US in 2020

YouTube has published a new report which outlines its contribution to the global economy, with its YouTube Partner Program (YPP) now supporting some 2 million creators, and facilitating $10 billion in direct creator payments every year. 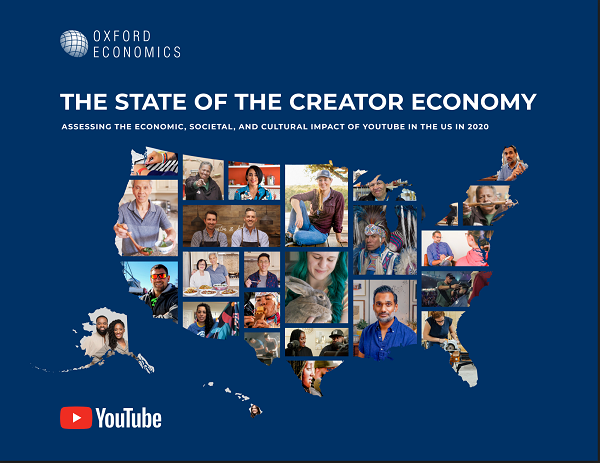 The report, conducted in partnership with Oxford Economics, provides an overview of the positive impact that YouTube has had for many people, who’ve been able to turn their passions into careers via YouTube clips. This comes at a time when more questions are being raised in regards to the broader value of social media, and whether it’s actually god for society, with Facebook, specifically, in the headlines this week over the recent Facebook Files expose.

YouTube has also come under scrutiny. The platform has been criticized for failing to stop the spread of anti-vax content, for facilitating the distribution of extremist content, and for not doing enough to combat potential harms caused by content amplified by its algorithms.

Which makes this report extra interesting – as per YouTube: 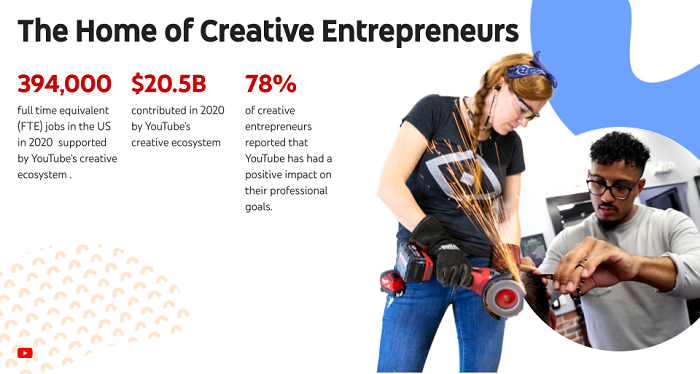 It’s hard to deny the benefits of the platform in this respect. Of course, that doesn’t mean that YouTube isn’t also having a negative impact in some respects, but when considering the broader economic benefits, and the new career pathways that the app has facilitated, it does provide an interesting contrast to the current narrative, and additional nuance to the questions around the benefits, and impacts, of broader social media usage.

Indeed, all social platforms are now looking to implement their own monetization programs, which largely seek to line up with YouTube’s YPP. That will provide even more means for creators to directly monetize their passions - and while not everyone will be able to build their own business, despite such tools, the opportunities for such are now greater than ever.

“If all platforms shared revenue with creators the way that YouTube does, there’s tremendous potential for the creator economy to rival Hollywood in terms of economic impact and job creation, just as it does in terms of cultural influence.”

The report underlines these benefits, and again, while that doesn’t lessen the negative impacts, it is worth noting the major benefits that social platforms provide as well, in addition to enhanced social connection, community building, relationship benefits and more.

It’s an interesting report either way – you can read the full “State of the Creator Economy” report here.