Pinterest Makes Arabic Available as a Language Option on All Platforms

Pinterest is now available in Arabic on all platforms, with the platform expanding its language tools once again, meaning the app is now fully available in 37 languages. 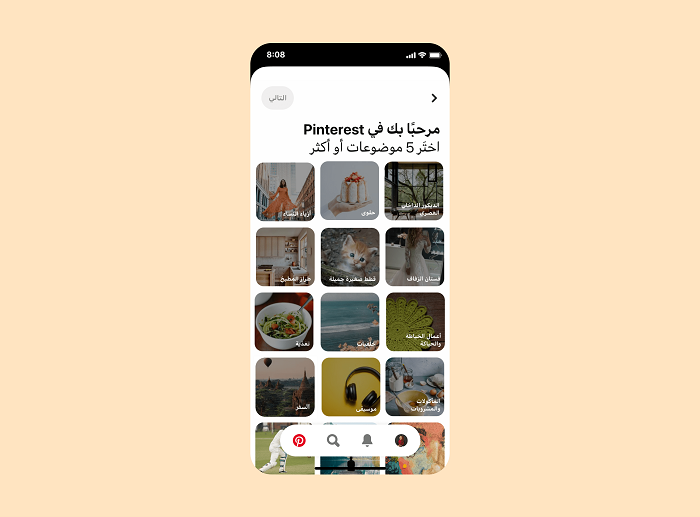 "There are over 475 million people who use Pinterest each month around the world for inspiration, and 57% of those Pinners use the platform to discover fresh ideas in a language other than English. That’s why today, we’re launching Pinterest in Arabic, making the platform more accessible and relevant to Pinners around the world."

Indeed, the platform is now seeing the majority of its user growth in international markets (37% vs 9% US), and that continued expansion is opening up more opportunities for Pinterest to build its ad tools and associated business offerings.

Pinterest says that, since launching Arabic as a language option on Android and the web last year, it's seen a 48% increase in the number of Pinners who've selected it as their language of choice.

"Arabic is one of the fastest-growing languages on Pinterest with over 3.5 million searches made in Arabic each day."

By making Arabic available on all devices, that will give more users more ways to engage with Pins, further boosting its broader growth efforts.

Users can now select Arabic as their preferred language via their phone’s settings, with the app following your device’s language settings by default.