Snapchat’s looking to expand its eCommerce credentials with a major showcase of its evolving AR tools, tied into Black Friday, which marks the beginning of the final shopping push of the year.

Snapchat’s partnered with a range of big-name brands on several AR-focused shopping initiatives, the biggest of which being its ‘Snap Holiday Market’, which includes immersive AR shopping experiences from Amazon, Coca-Cola, Hollister, Under Armour, Verizon, and Walmart. 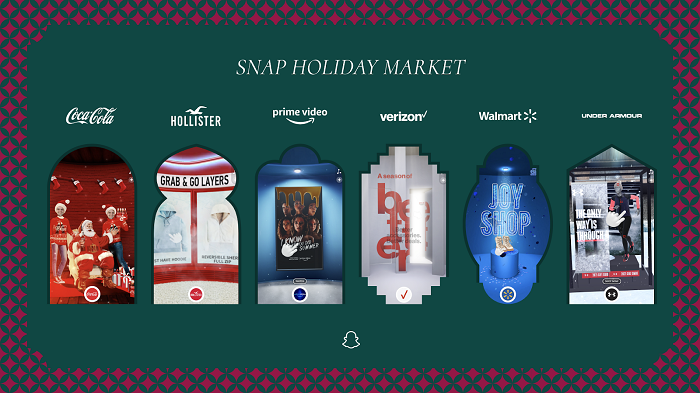 “Each brand will have a dedicated virtual store environment within the Holiday Market, where Snapchatters will be able to browse products and holiday deals in an AR space that’s been custom-built and unique to each brand.” 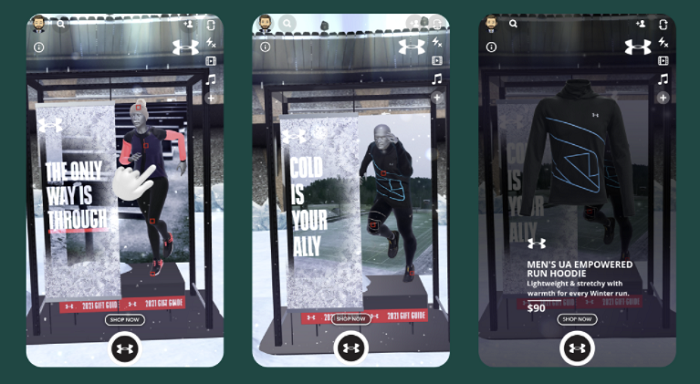 Accessible via the Lens Carousel in the app, the integrations will provide dedicated product showcases, including interactive and Try-On elements, along with up front branding for each partner business. 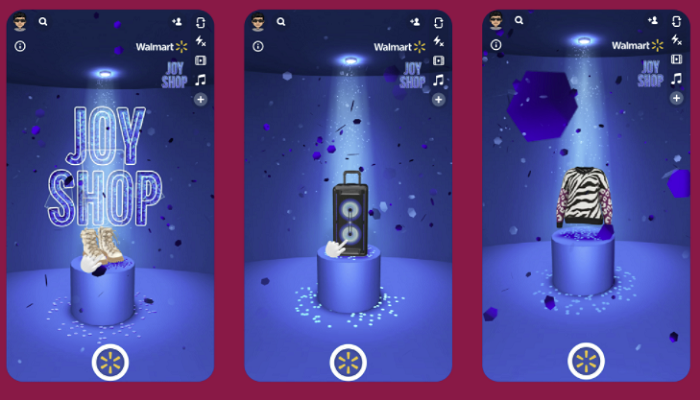 As noted, the initiative aims to provide a showcase into Snap’s evolving eCommerce tools, which could hold significant appeal to businesses looking to reach younger consumers, and align themselves with the latest trends in digital shopping engagement.

In addition to this, Snapchat’s also partnered with a range of fashion and beauty brands to add in more AR try-on and eCommerce Lenses.

Various big-name brands, including Dior, American Eagle and Tory Burch, are taking part in this broader shopping showcase, which will all contribute to Snap’s bigger push on facilitating connection to young audiences through more immersive, engaging eCommerce tools

The rise of online shopping over the past two years has opened new avenues of opportunity, and all of the major social platforms are now looking to link in, and provide more direct connection to their audiences. Snapchat, specifically, is looking to take the next steps into more immersive, indicative AR tools and options, which will likely hold more specific appeal to its younger audience, while they’ll also move Snap ahead of other social apps in providing similar in-app shopping experiences.

Snapchat’s been steadily developing its on-platform shopping options, which incorporate both physical and digital items – and even some projects that align with both, with users able to create digital products in the app, that can then be commissioned as custom, physical pieces.

And while it doesn’t have the same technological resources as Facebook and Apple, with respect to building for the next stage of AR, Snap is still arguably the leader in the space, with advanced AR try-on tools and Lenses that continue to provide more ways to facilitate in-app shopping, so you can see what fashion items look like on you, specifically, direct from your device. 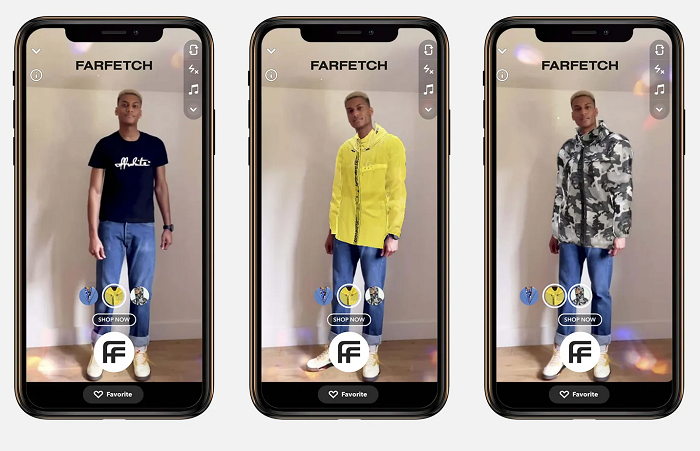 Such developments have Snap well-placed to capitalize on the next wave of commerce, and this new holiday showcase will provide more insight into how Snap’s looking to provide an advanced platform for retailers to connect with shoppers in this next phase, which also leans into the broader metaverse shift.

Which, of course, everyone is now buzzing about, since Facebook legitimized the next platform with its ‘Meta’ name change. No one knows, however, what exactly the metaverse will be, but integrations and projects like Snap’s new tools provide more insight into how our physical and digital worlds will increasingly collide, and how young consumers, in particular, will lead that shift.

As a further push, Snapchat’s also launching a new marketing campaign for the season, which will invite Snapchatters to “Scan to Shop” via various Snapcodes, which will activate these new AR Lens experiences.

AR remains central to Snap’s efforts, and will be a key part of the next stage. Indeed, Snap says that it now facilitates over 6 billion AR Lens plays every day, which underlines the potential, and this new showcase will no doubt spark a lot more interest in the app’s next-level connection tools as a means to tap into the rising eCommerce shift.

Next up, then, is Snap’s own AR glasses, which may also be coming sooner than many think.