Snapchat is Working on a New 'Remix' Feature for Snaps

As I've said before, it's amazing to consider the impact that TikTok has had on the broader social media landscape.

We've already seen various apps try to copy TikTok's key features, and various others looking to add in similar UI and other elements. And now, Snapchat is testing out another TikTok-inspired option, with the addition of a new 'remix' option on user Snaps. 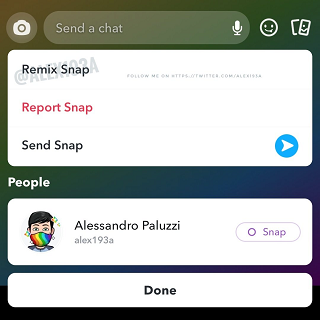 As you can see in this screenshot, posted by app researcher Alessandro Paluzzi, the new process adds a 'Remix Snap' option into your response tools on each Snap. That then enable users to record their own Snap alongside the original as it plays, then reply to the user with their 'remix'. Which is almost exactly like TikTok's 'Duets' option.

Within this new process, which Snapchat has confirmed is now in live testing, users are able to control who can remix their Snaps, with the option to tag people in your initial Snap who can then use your content. 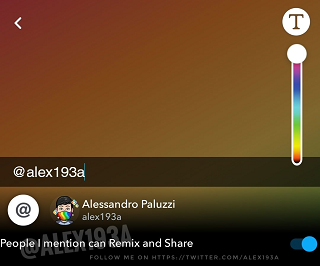 https://techcrunch.com/2021/03/25/snapchat-is-developing-its-own-take-on-tiktok-duets-with-a-new-remix-feature/Within the remix mode, users are also able to choose how their remix is displayed, with a variety of playback options for the original and your own take. 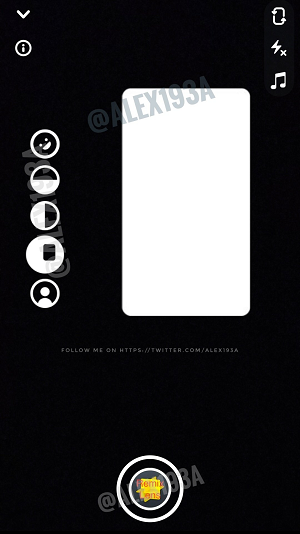 As you can see here, you're able to choose side-by-side playback, top and bottom and picture-in-picture mode among others.

The feature makes a lot of sense, and seems like it could be a solid addition for Snap, which will no doubt generate engagement. But it is pretty much a TikTok function tacked into Snapchat.

Which is not necessarily a bad thing. Replication has almost become something of a compliment in social media app development, with all the top apps now taking inspiration from each other, and looking to provide users with popular tools, wherever they come from, in order to enhance their in-app experience.

There's solid logic to that - Instagram, for example, has seen huge success with the Stories format that is cloned from Snapchat. If people are engaged with a certain function, why not add the same within your own app, in order to keep them around, while also serving user interests by providing these tools in the apps where they already have established networks, and are looking for more ways to connect?

It makes logical sense. But again, it is interesting to note the impact of TikTok on the space.

While in many ways it feels like Facebook, in particular, owns social, and it'll be increasingly difficult to find a viable challenger for its dominance, tools like TikTok show that clever UI, and smart algorithms, along with a strong sense of user engagement, can still win out, and challengers can still rise and take significant audience share. It's hard to imagine a platform gaining enough momentum to challenge Facebook's massive scale - but then again, TikTok is on track to reach a billion users in 2021, and it's still expanding around the world.

In some ways, that's actually good news for Facebook. The company is under various investigations over antitrust concerns, which suggest that Facebook uses its market dominance to crush any competition. The success of TikTok belies that, and while Facebook would much rather have all of those users stay on Facebook and IG instead, there are some benefits for the company in seeing TikTok gain traction.

In Snapchat's case, it's more directly competing with TikTok for younger audience share, and as such, adding in copycat tools like this, which have proven popular on TikTok, will help. Snapchat also has its own, TikTok-esque 'Spotlight' short video feed, for which it pays top performance, while it's also tested a TikTok-like vertical feed UI to further tap into the same trends.

It's probably a huge concern for TikTok that Snap's trying out these tools, given its ongoing growth, but it is interesting to see the influence the app has, and to consider the success TikTok has been able to achieve in such a short amount of time.

If you've dismissed TikTok in the past, it may be time to reconsider - as every other social app is doing.