After years of internal tests and experiments with downvote options in social apps, we’re now seeing more platforms actually try them out - though not exactly in the way that many would have assumed, based on past discussion.

TikTok is the latest platform to test out a downvote option, with some users now seeing downvote prompts enabling them to mark video replies that they don’t want to see. 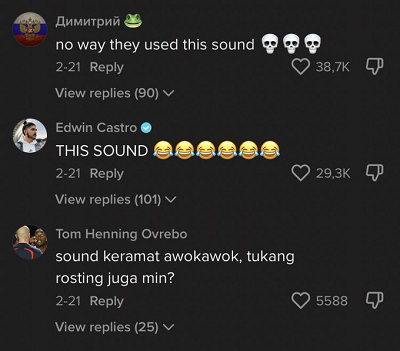 “We've started testing a way to let individuals identify comments they believe to be irrelevant or inappropriate. This community feedback will add to the range of factors we already use to help keep the comment section consistently relevant and a place for genuine engagement. To avoid creating ill-feeling between community members or demoralize creators, only the person who registered a dislike on a comment will be able to see that they have done so.”

As you can see in the above example (posted by social media expert Matt Navarra), some users are now seeing a ‘thumbs down’ icon at the right of video replies, which enables them to signal their disinterest, or dissatisfaction, with the comment. TikTok first began experimenting with the option back in 2020, but is now expanding the option to a wider pool of users.

TikTok hasn’t outlined how this will impact comment ranking, and whether this will lead to a change in how it displays comments for individual users, or overall, but the idea is that this will give it more feedback on what users don’t like, enabling it to further refine its systems to prioritize the most relevant and engaging remarks.

So it’s not exactly a downvote option like you see on Reddit, where the community dictates the ranking of replies. But it could be, eventually, depending on how TikTok decides to go with those insights.

As noted, several platforms are testing similar, with Facebook also trying out downvotes for replies, and Twitter also working on the same. Maybe that’ll lead to variable ranking of responses, or maybe it’ll help the platforms detect more trends and patterns in negative replies for enhanced action on such. By being vague about how the response data is being utilized, they leave the door open for different approaches, but you would assume that, eventually, this will enable better comment ranking, which could help to improve engagement.

Really, it could be better to follow a Reddit model, with users able to see the full data on responses that their comments elicit, so that they then better understand the community response to their remarks, which could be a better educational feedback loop to encourage more civil interaction. But at the same time, there is a hesitancy in adding potentially negative feedback like this, and with so few Twitter users actually posting comments already (10% of Twitter users create 80% of tweet content, according to research), that’s probably not the best way to encourage broader interaction in each app.

For context, past analysis has suggested that more than 98% of Reddit's monthly active users don't ever post or comment in the app.

In addition to comment downvotes, TikTok is also experimenting with new reminders that will guide creators to its comment filtering and bulk block and delete options.

“The reminders will be shown to creators whose videos appear to be receiving a high proportion of negative comments. We will continue to remove comments that violate our Community Guidelines, and creators can continue to report comments or accounts individually or in bulk for us to review.”

TikTok will also now enable users to create reports in the app via video, adding another way to provide more context in your reports, while also better aligning with app usage behavior. 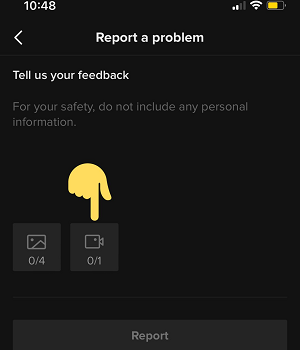 In combination, the new tools will enhance the feedback loop for TikTok users, and provide more insight for TikTok to further refine and improve its systems, which could help to make it a safer, more welcoming, and more engaging in-app experience.