UPDATE (6/3): TikTok has clarified that it is not hosting this new subscription offering, which is actually being facilitated via a third party partnership between Pearpop and Jericho. The offering is being aired via TikTok LIVE, but it's not a direct TikTok project, as such.

TikTok’s trying out another new creator monetization process, this time through direct subscription for an upcoming comedy series in the app.

As per Hollywood Reporter, TikTok is launching a new, eight-part comedy series with creator Jericho Mencke, which users will be able to subscribe to for $4.99 for the season.

Though they won’t be short-form videos – each episode will be 30 minutes long, which could help to get more people consuming longer-form – and more easily monetizable – content in the app.

Which has become a key impediment for TikTok’s progress. While the app, and short-form video in itself, has become hugely popular, TikTok has faced various challenges in building an equitable monetization process, with many of its top stars reporting major issues with its Creator Fund, and huge variances between TikTok and what they can earn in other apps.

Case in point – this creator recently noted that over his six months in TikTok’s Creator program, he has earned only $622, despite generating millions of views in the app.

The creator’s videos (@cornydirtydan) generate around 30k views each, and he’s posted around 9 videos per week this year, with some of his clips reaching millions of views (his top-performing clip, as noted in the video, has eclipsed 50m views in the app).

At a basic comparison, not factoring the many variances and differences between TikTok posting and longer form content on YouTube, if this creator had committed the time to YouTube instead, and generated similar view counts, he would have earned around $60k via the YouTube Partner Program.

Again, this comparison is not direct, and it would require more time and effort to post longer form videos to YouTube instead. But the difference in earnings potential is massive, which poses the biggest risk to TikTok’s ongoing growth – because if creators can earn more in other apps, they’ll likely, eventually, abandon TikTok for greener pastures instead.

TikTok’s also expanded the maximum length of its uploads to 10 minutes, with a view to broadening its content options, and within that, it’ll also be looking to add in-stream ads, in addition to shifting user consumption behaviors.

Ideally, TikTok can get more people spending more time with creators and clips in the app, generating ad exposure opportunities, which will then enable it to build a more competitive revenue pathway to lessen concerns of creator abandonment. It still has a way to go yet, but maybe, subscription programming could be another way to build better relationships with its top stars.

On another front, TikTok is also making its Playlist feature available to more users.

TikTok says creators with 10,000+ followers will have access to its Playlist feature https://t.co/V6pkUZK1s6

Playlists enable you to categorize your TikTok videos into defined groups, which can help encourage viewers to keep watching based on their interests. 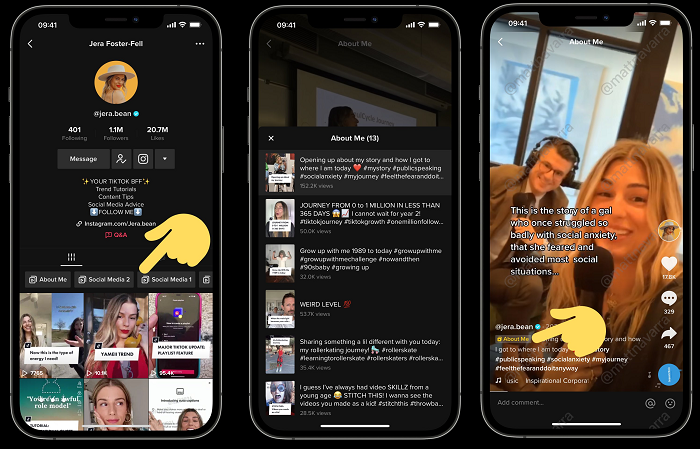 Up till now, Playlists have been in testing with business and creator accounts, but now, TikTok is expanding availability of the option, which could add another consideration to your TikTok strategy.

For creators, that could be another way to boost viewer engagement and activity, while for brands, it could also offer new ways to build your audience in the app.

But again, creator monetization remains the key challenge for TikTok, and it’ll continue to explore new avenues for such as it seeks to solidify its market position.