After experimenting with different display formats for the option over the past two years, Twitter has today launched its first live test of new labels for bot accounts, which it says will help users ‘identify good bots from spammy ones’. 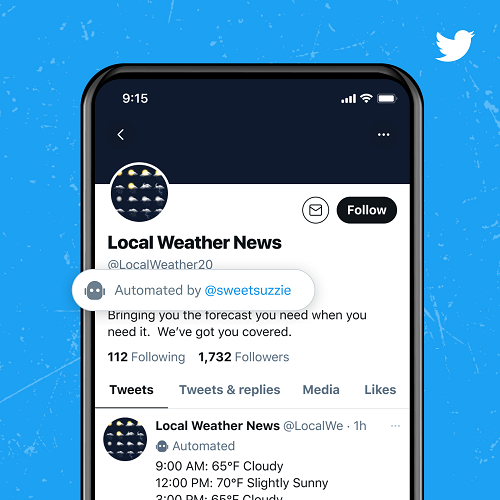 Though it won’t really help in that specific delineation. As you can see in this example, the new bot labels will include a bot icon beneath the profile name listing, with an additional indicator of the human-run account that manages the bot.

The labels will also be displayed in-stream, with an ‘Automated’ marker beneath the profile name. 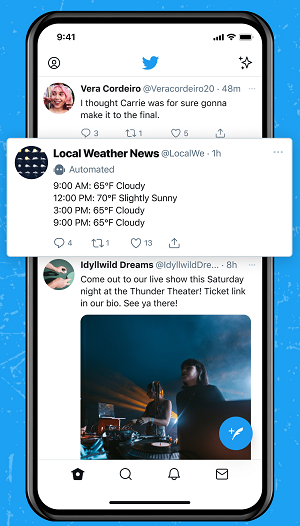 That will help to more clearly indicate who, or what you’re interacting with in the app, and how that content is being shared, which could help to improve understanding of the motivations behind each account, and limit confusion around specific messaging.

But it won’t necessarily help to identify spammy bot accounts, at least not in this sense. Twitter’s bot labels are currently only being applied to accounts that have opted into its initial test, with an further expansion set to give more developers access to the bot label in the near future.

So how, then, will Twitter identify the good bots from the bad?

Back in March, Twitter announced new rules relating to the use of its Developer API, including updated regulations around bot usage, and identifying bot accounts.

"Not all bots are bad. In fact, high-quality bots can enhance everyone’s experience on Twitter. Our new policy asks that developers clearly indicate (in their account bio or profile) if they are operating a bot account, what the account is, and who the person behind it is, so it’s easier for everyone on Twitter to know what’s a bot - and what’s not."

So, technically, Twitter should already have an established listing of approved bot accounts using its API - though, of course, not all developers would have made this update, while those looking to use bots for illegitimate or nefarious purpose won’t adhere to the same rules.

But the policy update gives Twitter more leverage to enforce such regulations, and as it continues to update its bot detection processes, and improve its approach to such, it’ll ideally be able to ensure more bot accounts are using the new labels, or they may face full bans from the platform for violating these requirements.

It’s a good update, which should help improve Twitter’s bot combating efforts - which could have a big impact when you also consider the ways in which bot accounts have been employed on the platform to amplify certain topics and movements.

In the wake of the 2016 US Election, for example, researchers uncovered several "huge, inter-connected Twitter bot networks" which they determined had sought to influence political discussion, with the largest cluster within the group incorporating some 500,000 bot accounts. In 2019, Wired reported that bot profiles were contributing up to 60% of tweet activity around some trending events, while in early 2020, a network of Twitter bots was found to be spreading misinformation about the Australian bushfire crisis, seeking to amplify anti-climate change conspiracy theories in opposition to established facts.

You would assume that users would be able to pick these bot tweets out, but they’re often fairly innocuous, with the only real indicator being that the exact same message is being shared by many accounts at once, seeking to amplify that angle or story. 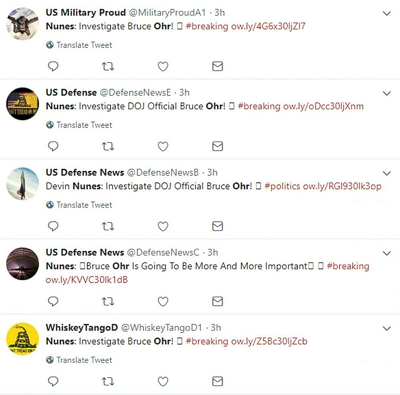 As most users wouldn’t be following several of these accounts, that approach can easily be overlooked, then suddenly this becomes a trending topic, and the sheer volume of mentions can then influence user sentiment on said issue.

Twitter is aware of this, and it has been working to update its approach to combat bot brigading, and eliminate its impacts.

Labeling bot accounts could be a key step in this, which will hopefully help to improve tweet interaction and eliminate negative, artificial influences.

Twitter says that the bot labels are currently only being applied to a small number of accounts that have opted into the initial test, with expanded access coming soon.