YouTube’s testing out a range of new features, within YouTube Studio and BrandConnect, which aim to provide more capacity to manage channel engagement, and more options to help creators secure branded content deals, and monetize their efforts.

First off on Channel Guidelines - back in July, YouTube launched an initial test of its Channel Guidelines filtering tool, which enables Channel managers to set rules around the types of comments people can post beneath their clips. That test is now being expanded to more creators in the app.

“This feature allows creators to define up to three channel guidelines for video comments. Users must read and accept these guidelines before they make a comment, and they’re a good guide as to what conversations you want to see on your own channel.” 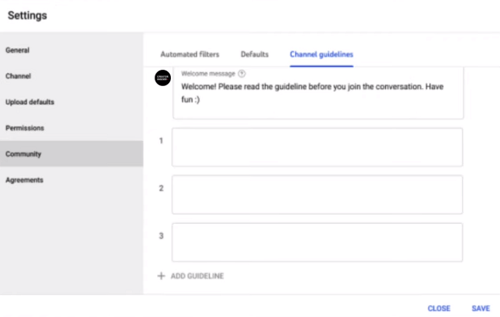 As you can see here, within your YouTube Studio settings, eligible channels can set up to three guidelines on comments, which viewers then need to read before posting a response. That can provide more transparency, while also giving channel managers increased leeway to enforce these rules, given that they’ve been established up front.

YouTube comments have long been a problematic element, which has lead to removal of comments entirely for some content categories, while YouTube also recently deactivated public dislike counts on all clips in order to lessen another potentially negative element in the process. This test aligns with the same, providing another means to guide better community interaction.

YouTube notes that the process doesn’t automatically hide or remove comments, but it does provide another means to communicate clearer parameters around what’s acceptable, and what’s not.

A broader range of creators will have access to the Channel Guidelines option in YouTube Studio from this week, while the guidelines themselves will only be presented in the mobile app.

YouTube’s also looking to improve its brand/creator partnership tools, with a new audience summary within the BrandConnect interface, which will make it easier for creators to pitch themselves for brand deals by using a tailored Media Kit, and an updated 'Paid Product Placement' checkbox, which will be a required step in the upload process for selected creators.

BrandConnect is YouTube’s creator marketplace, which connects brands and relevant creators for more effective video promotions. The new elements, which are being tested with ‘a small percentage of creators’, could make it easier to secure sponsored content deals, and ensure adherence to paid promotion disclosure rules.

YouTube’s also testing a new channel member avatar display, with member profiles to be highlighted on the home tab of the channel page in the mobile app. 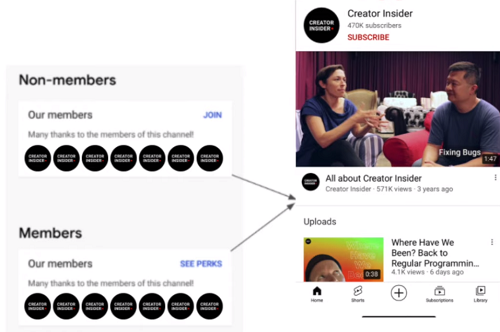 As you can see here, within the test, channel members and non-members will be shown different variations of this new display. YouTube says the aim of the feature is to ‘celebrate members and to publicly showcase your active member community’ in order to encourage more people to join up. Member avatars will be regularly rotated to ensure more members get recognition.

As per this example, now, in the takedown web form, creators will be able to tick this box, which will then enable YouTube to detect and block future uploads of the same content. So if there’s something that you’ve removed for legal or personal reasons, that should make it harder for other people to re-upload a duplicate, and keep it coming back to haunt you on the site.

YouTube’s also expanded access to its Copyright Match tool to all users who’ve submitted a valid takedown request. Copyright Match automatically scans YouTube for duplicate content to that which you’ve uploaded, and will alert you to potential matches across the platform.

A range of small, yet relevant updates, with varying levels of functionality and value, dependent on your approach.

You can learn more about YouTube’s latest updates here.