While Facebook has grown to become one of the biggest advertising platforms in the world, there's still a lot of potential for growth in the social media giant.

Back in February, as part of their 2016 Q4 performance update, Facebook COO Sheryl Sandberg noted that while there were four million active advertisers on the network (that's risen to five million since), there are more than 65 million businesses using Facebook Pages in total, a significant gap between active businesses and active advertisers.

The majority of Facebook's advertisers are big brands, and as such, for Facebook to tap into its wider advertising potential, The Social Network needs to also boost its appeal to smaller players - which is great for social media marketers as it means they'll be looking to add more tools to more easily enable everyday users to make best use of the available options.

On that front, this week. Facebook has announced a set of new updates aimed at helping small businesses make better use of Facebook.

Back in 2015, Facebook released their Ads Manager app to make it easier for businesses to create ads, and monitor ad performance, via mobile device. The creation of a dedicated mobile app for this purpose was driven by demand - Facebook says that almost 50% of their advertisers have created an ad on a phone or tablet.

This week, they've announced a set of updates for Ads Manager, including improvements to account switching and a new comparison tool which enables you to view the performance of up to five ads at a time, side-by-side. 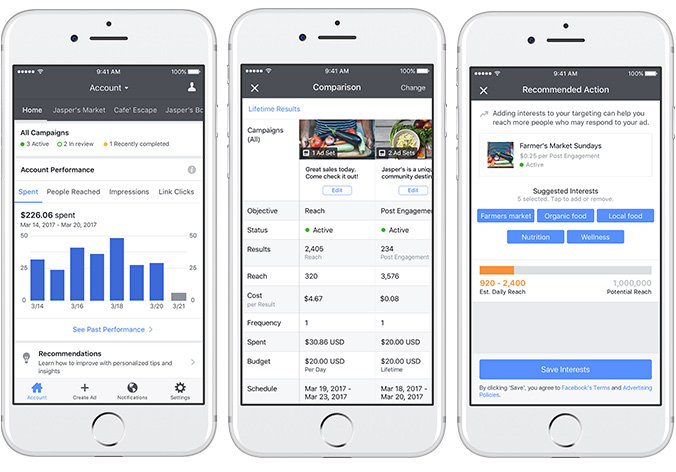 Facebook's also added a new 'Recommendations' tool which will suggest actions you can take to boost the performance of your ad content, including a one-click option to extend the schedule of a high-performing campaign. They've also added new notifications on relevant interests you can consider adding to your targeting to increase ad performance.

In addition to providing more ways to manage ad content via mobile, Facebook's also putting a focus on mobile ad creation, with a new 'Mobile Studio' tool which provides tips on how to create great Facebook ad content using only your mobile device. 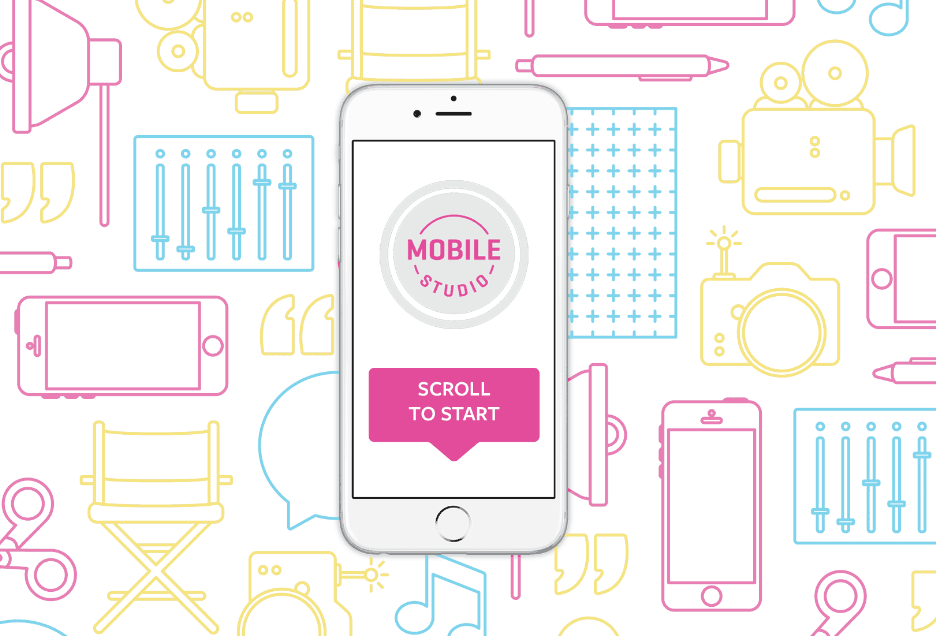 Mobile Studio provides a range of great, easy to implement creative tips, with links to relevant apps and tools you can use to create great effects on Facebook and Instagram.

Even if you're an experience creator, there are some great tips in here - including how to make your own photo studio from a cardboard box.

The overall amount of information on offer right now is not extensive, but you'd assume Facebook will look to build it out over time, dependent on demand.

Facebook introduced their 'Blueprint' eLearning course for marketing best practices back in 2015, and they've continued to add new course modules and revisions since then to ensure the lessons adhere to the latest best practices and provide valuable insight. 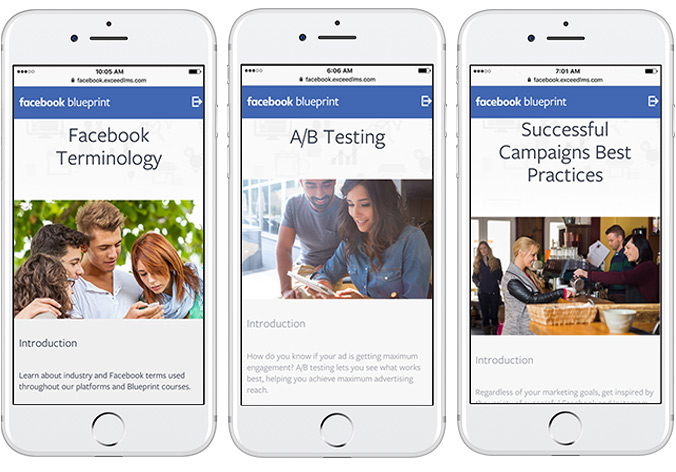 Facebook says that more than a million people regularly use Blueprint, half of them being small business owners.

Along a similar line, Facebook this week announced a new set of education resources to help journalists make best use of Facebook and Instagram, which includes some great insights that will be of value to anyone looking to develop their knowledge of platform processes.

While much of the information in Blueprint is presented from a basic level, there are some great guides and tools included - well worth a look.

Last November, Facebook released an update for their Pages app which enables business owners to manage their Facebook, Messenger and Instagram interactions all in one place. Now, they're extending that capacity to desktop. 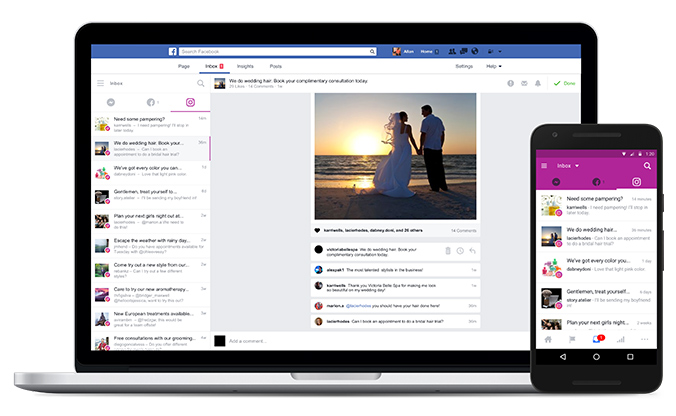 As you can see from the screenshot, once you've connected your business' Instagram and Messenger accounts to your Facebook Page, you'll be able to action the various engagements on each in the 'Inbox' tab, with a separate listing for each platform. The change hasn't been rolled out to all regions as yet, but Facebook says they're expanding the new option from today.

The integrated functionality will be welcomed by the many social media managers who are currently trying to wrangle multiple platforms while ensuring they don't slip up by posting the wrong update to the wrong app.

And lastly, Facebook has launched a new Business Council site in the U.S. 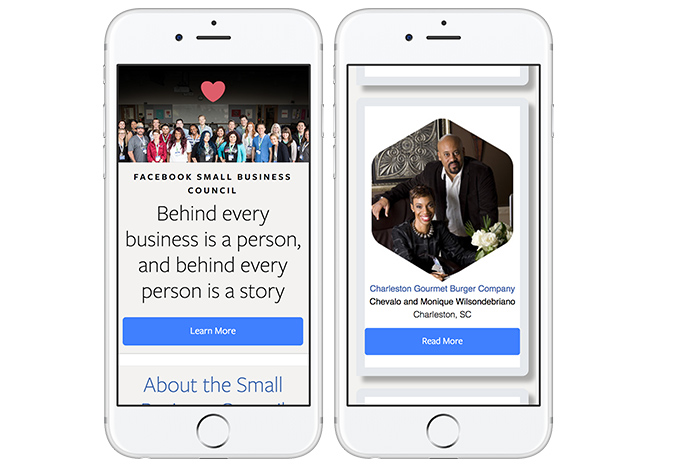 "This new site features stories of dedication, passion and resilience from more than 40 businesses across a variety of industries and geographies, but who share a common belief in the importance of serving their customers, their communities and each other."

It's an interesting set of updates from The Social Network, and as noted, the focus on getting more small businesses to become active advertisers will lead to more tools and options being provided in future, which can only be of benefit for Facebook marketers.

One area where I would expect to see significant improvement is in the facilitation of bot creation, and enabling small businesses to build their own bots. Small providers stand to benefit most from automation, as they can't be available to answer all queries all the time. As Facebook looks to expand their bot platform, expect to see them provide improved tools for simple bot creation in future.