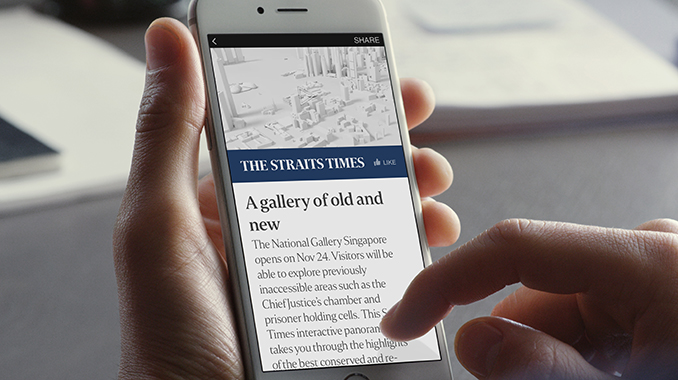 Earlier this year, Facebook rolled out 'Instant Articles', their all-encompassing web publishing solution that would see major publications posting content direct to Facebook, instead of on their own websites. Why would publishers do this? Because of reach - Facebook is already the number one source of referral traffic for a great many publications and sees more than one billion users logging on daily, making it a key platform for connecting with the widest possible audience.

Also because of the mobile shift - as more and more people consume content via mobile devices, the need for publishers to create an optimal mobile reading experience also rises in importance in equal measure. Page load time is a key consideration in that equation - the average load time for a link from Facebook is around eight seconds, whereas an Instant Article loads up pretty much... well, instantly. On a small scale, eight seconds might seem like nothing to be too concerned about, but again, considering Facebook's scale, if each of those one billion daily active users were to open one link per day, that's the equivalent of 250 years of cumulative time, per day, that people are waiting for things to load.

That's a lot, right? Faster is, at least in this application, better, and as more content providers improve their mobile experience and move in line with evolving consumer trends, so too does the expectation increase for other publishers to do the same, or risk losing audience. By using Instant Articles you can evolve quicker, you can provide an optimal reading experience and you can do this all on the platform that the majority of users are already active on.

It could be a good deal, but then again...

Whatever the reservations publishers might have about building audience on rented land, a growing number of them are signing up to Instant Articles. According to Facebook, thousands of Instant Articles are being created on Facebook every day from a prestigious list of publishing partners including The Huffington Post, Mashable, MTV, Business Insider, MLB, Complex, Bleacher Report, MoviePilot, Vox Media, Time, CBS Interactive and the NBA. And now, Facebook's expanding the reach of Instant Article content, announcing the beta launch of the offering across Asia, with another long list of partners signing up. 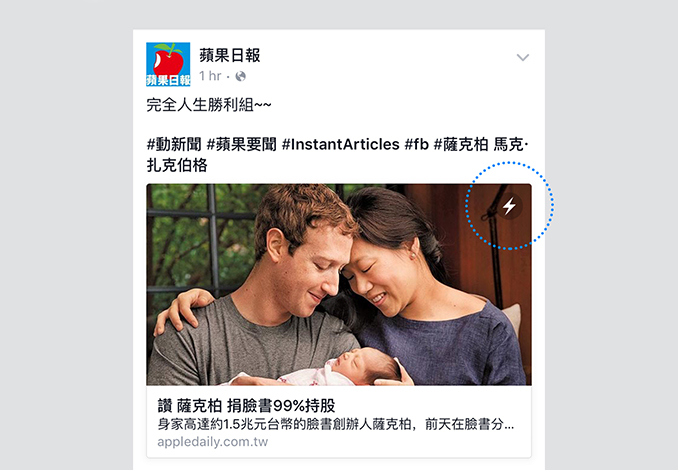 "Expanding Instant Articles to Asia is a significant milestone for the product and for each of our early launch partners," said Andy Mitchell, Director of Global Media Partnerships, Facebook. "Instant Articles has been designed with extensive feedback from publishers, and we're excited to bring this collaboration to our publishing partners in Asia to help them distribute fast, interactive articles to their readers in the Facebook app."

From now on, Facebook users in China, Hong Kong, India, Indonesia, Korea, Malaysia, The Philippines, Singapore, Taiwan, Thailand and Vietnam will see an increasing amount of articles with a lightning bolt displayed in the top right of the main image, signifying that they're available in Instant format. Along with faster load times, Instant Articles also provide users with additional, interactive elements, like the ability to zoom in and explore high-resolution photos, having autoplay videos come alive as you scroll through stories, the addition of interactive maps and audio captions and, of course, the ability to like and comment on individual parts of an article, in-line. 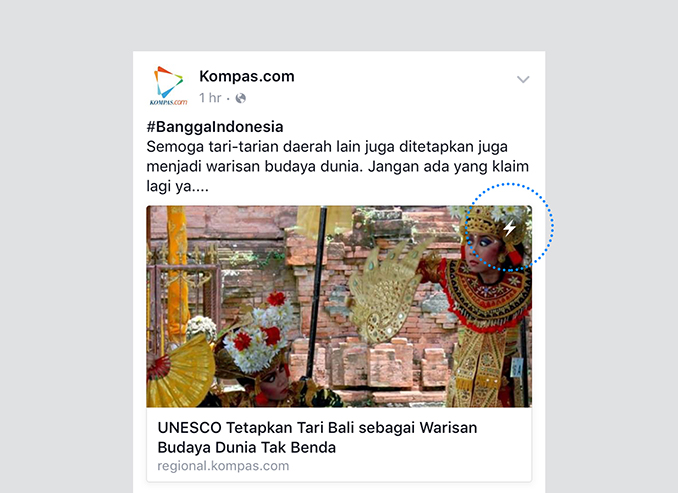 As with the initial roll-out, publishers in Asia will be able to sell ads in their articles and keep the revenue, or they can choose to use Facebook's Audience Network to monetize unsold inventory. Publishers will also have the ability to track data and traffic through their current analytics tools.

Additionally, the following partners have signed onto the program and will begin publishing soon:

Facebook notes that Instant Articles are now available to all iPhone users globally, with Android support coming before the end of the year. Following the beta launch, Instant Articles is set to be expanded to a wider group of publishers in the coming months.

The future of publishing, or the end, as we know it? Given the rapid expansion of the offering, looks like we'll soon find out.