There's been plenty of coverage of new features and tools that have been launched on the major social networks networks over the past year. And while additions such as Conversation Starters on LinkedIn or live 360 videos on Twitter are likely to impact B2B marketing in 2017, there have been some more critical, yet lesser discussed changes that are certain to have an effect on established social marketing tactics.

In addition, users constantly evolve and adopt new behaviors, sometimes guided by social networks but often because of macro trends such as shortening attention spans.

For these reasons, I chose to focus this article on some key features and user behaviors that have changed over the course of the last year, and to offer suggestions to adjust your existing strategies in line with these trends.

The recent most notable change on Twitter was the way characters are counted in Tweets. As of September 2016, media content like photos, videos, GIFs as well as polls and Quote Tweets are no longer counted towards the 140-character limit.

This removes many of the constraints that marketers experienced on Twitter all these years and adds flexibility for annotating Tweets.

You can see the change in action here - in this tweet, I've attached an image but the character count remains at 140: 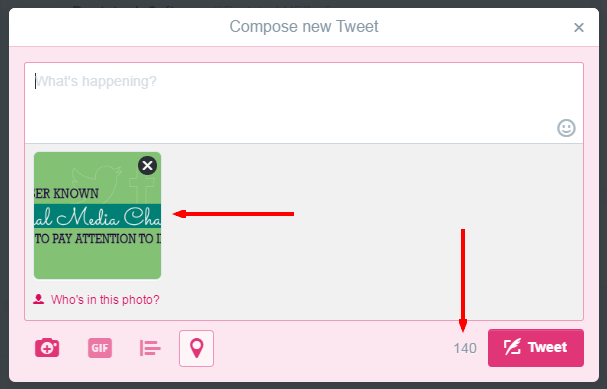 Among many positives, this change enables users to get the most out of hashtags - because there's more room in a Tweet, marketers can separate hashtags from the headline and group them together at the end of a Tweet (or wherever it makes most sense). Doing this makes your annotations cleaner, which can help boost engagemen.

This also means that you can use more hashtags to potentially reach more people and get more engagement (though research suggests that fewer is better).

Another interesting feature is the ability to retweet yourself.

Users can boost a Tweet's engagement if they feel it didn't get the attention it deserves. As with any other Retweet, these can only be done once.

It makes sense to retweet your content because it raises your overall engagement rates and ensures that your future posts have more visibility. 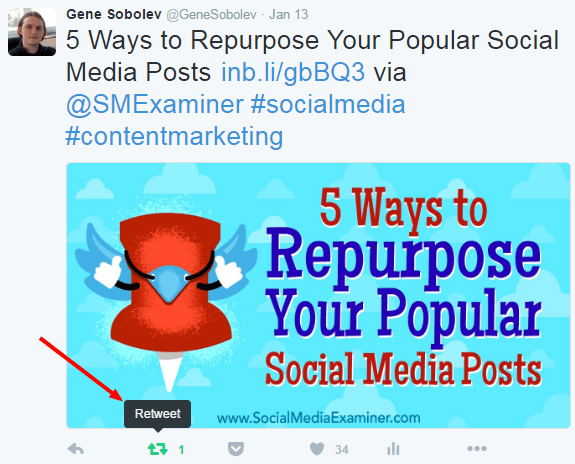 The last Twitter feature worth noting is the ability to move a public conversation to a private Direct Message.

By adding a specially formatted URL, you can add a link to a public Tweet that will take the conversation to a direct message. Here's the URL to use:

Here's how the link above gets formatted once it's sent in a reply: 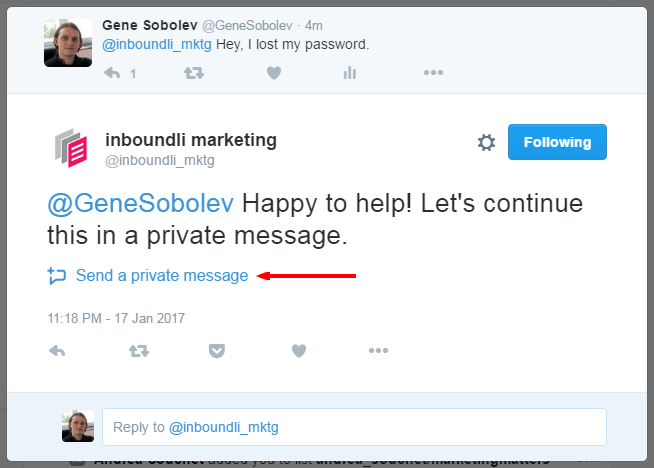 In case you don't know your numeric ID, you can find it with this tool.

If you append "&text={default text}" to the end of the URL above, you can pre-populate the reply text for your client. This way they'll open the message and already have the beginning of their reply to you.

This can be useful if you need specific information, such as an order number. I added the text "My order number is" and here is the final URL:

There are many situations where you might want to move a conversation to a direct message, such as concern for a customer's privacy or a potentially unpleasant conversation which you don't want displayed publicly. The only catch is that you need to adjust your Twitter settings to accept Direct Messages from everyone.

Facebook has supported hashtags since 2013 but they weren't broadly adopted by users until last year. In fact, according to Kevan Lee, posts without hashtags fared better than those with hashtags. However, this was a year ago and much has changed.

Based on our analysis of 4 million B2B posts on Facebook from October 2016, we concluded that hashtags actually do contribute to engagement.

Besides, search results for the same term with and without a hashtag return different results, so at the very least, it's worth experimenting with.

Here's the first result of a search for the hashtag "#ContentMarketing":

And here is the first result of a search for the keyword "Content Marketing":

From the data we analyzed, we saw a good case to use between 1 and 3 hashtags per post. It's important to note that hashtag search adoption strongly depends on geography so you'll need to make sure that there is use of hashtags in your country if your business is targeting a local audience.

If you need to find good hashtags, you can type them into the search field on Facebook. This will show the approximate search volume, as well as related hashtags. 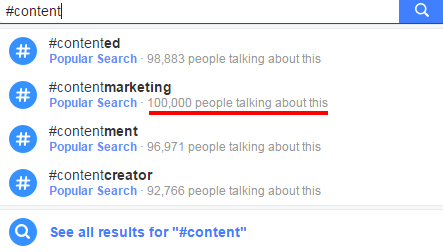 Another noteworthy aspect is the way that Facebook analyzes and treats images with text. An ad Image with more than 20% text gets increasingly less visibility as the percent of text increases. We've found that the same holds true for unpromoted posts.

This also applies to posts with thumbnails instead of images. If you nevertheless want to use images with text on them, you can verify their potential reach in Facebook's Image Text Check tool.

In my opinion, the most important changes on LinkedIn in 2016 were behavioral.

The default filtering of updates in the home feed by "Top Updates" facilitated a shift towards more generic content. This type of content generates more engagement, granted, but is also takes away visibility from industry-specific updates. 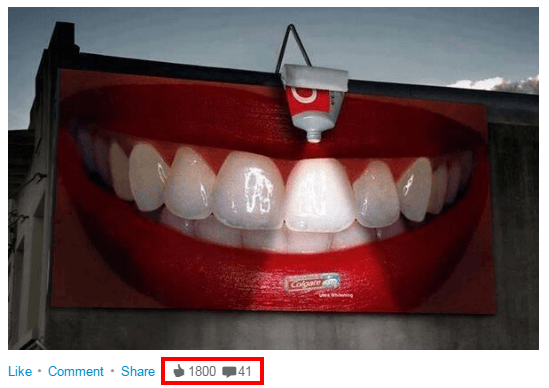 Some people (myself included) believe that the network is losing its quality and professional appeal because of this trend. But whether that's true or not, LinkedIn remains the only large professional network and this new behavior needs to be taken into consideration.

Most companies can no longer remain super-focused and get visibility at the same time. Broadening the scope of topics to post about is likely to help.

On the bright side, LinkedIn has changed the way thumbnails are displayed.

Thumbnails used to display in the smaller, box format, but they're now showing up larger in LinkedIn's new user interface. This means that links to posts will start to regain visibility and will be able to compete with image posts for engagement. 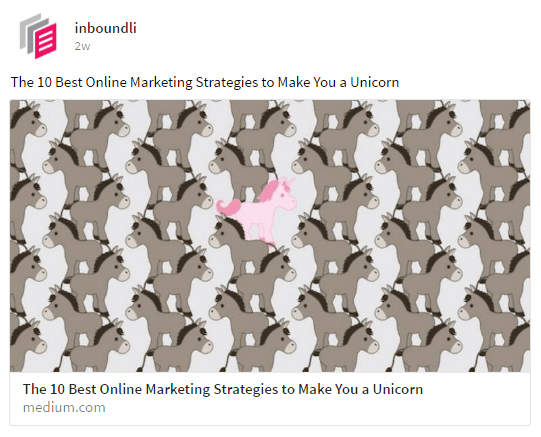 Another behavioral change is that there has been less activity and engagement in many groups. This varies by industry, of course, but the overall trend indicates that people aren't getting enough value from participation in groups and slowly losing interest.

As a result, it may make sense to cut on groups with low engagement and concentrate on the active ones only.

The changes above got less coverage than the bigger updates, and their effect might, at first glance, seem subtle. However, these are changes to core functionality and are very likely to have significant impact on your reach and engagement numbers.

Whether you are posting to Twitter, LinkedIn or Facebook, you can help ensure your engagement doesn't take a dip with just a few small adjustments as described in the article.