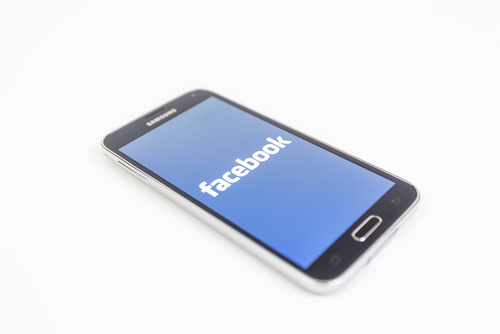 If you've ever found yourself thinking "Facebook aren't tracking, like, every single action on the platform, are they?" The answer is yes, and they've underlined this with their latest update - in yet another algorithmic tweak, Facebook has announced that actions taken while viewing a video will be taken into account and used as signals to indicate whether a user was interested in that content. Signals like:

Yes, every action you could possibly take while watching a video will be used as an indicative factor and taken into account in the algorithm when Facebook decides what other content might interest you.

The change goes hand-in-hand with another recent Facebook update which will take into account time spent reading as an indicator of interest in a Facebook post and adds a new layer of complexity to the wider Facebook News Feed algorithm. If you were pretty confident you had a good understanding of how News Feed works, the latest updates might have you re-assessing - while the common 'IPCTR' factors (Impact x Post x Creator x Type x Recency) remain significant, the detail within them is getting deeper with increasingly more variables to take into consideration.

This latest update goes further towards underlining the importance of video content on Facebook, which is now in direct competition with YouTube for overall video views, hosting four billion video views per day at last check. The tweak will surface more video content likely to be of interest to individual users, which will result in more videos served up via your News Feed.

We are now taking into account more interactions with videos that we have learned indicate whether someone found that video interesting, such as choosing to turn on sound, making the video full screen, and enabling high definition. So if you turn the volume up or make the video full screen, we have updated News Feed to infer you liked the video and will show you similar videos higher up in your News Feed. We have found that this helps us show people more videos that they are interested in."

The operative element here being "more videos", which seems to be the key motivator behind this update. This being the case, it's hard to see, definitively, who this tweak benefits more, the users or Facebook, which, as noted, is closing in on YouTube as the king of online video. And more people watching more video means more opportunities to serve video ads, a massive revenue opportunity, particularly with online video projected to grow 29% per year through to 2017.

What we can take, for certain, from this update is that Facebook is tracking everything. Every action you take - from explicit ones like clicking 'Like', to the more implicit, like writing a status update, then deleting it - Facebook's logging it all. This is what enables them to build a service that caters to your needs, but it's also what helps them build a company around that, to generate more revenue based on your actions and data. Serving you more video definitely helps Facebook, and probably doesn't hurt user experience, so it's a win-win, but it'd be interesting to analyse the influence Facebook might have over our overall habits and behaviours in this regards. For instance, the increased appearance of a video in News Feeds no doubt leads to more views - but does increasing the amount of times that video appears artificially inflate it's view count by exposure? It's something of a chicken and egg conundrum - what you can bet on is this: producing video content which prompts Facebook users to take action, using the autoplay functionality to tempt users to turn the volume up or interact with your content in some way, will help boost the reach of your posts on Facebook.

...is a great way to use Facebook video to your advantage.

The latest update is rolling out now and will be completed within coming weeks. Facebook says they don't expect Pages to see any significant changes in distribution as a result.