Google Detaches YouTube from Google+ - The Next Step in the Dismantling of Google's Social Network? 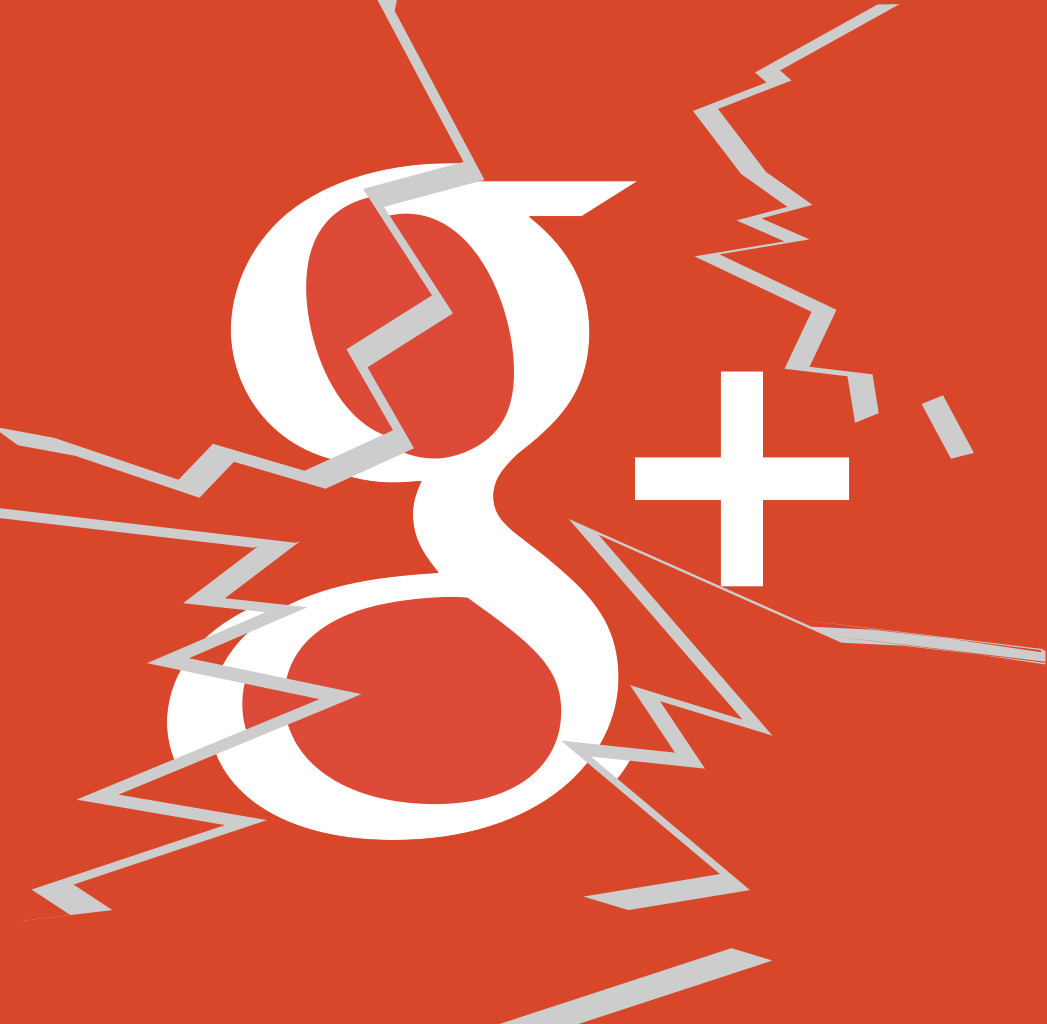 I don't know about you, but in recent months, I've found I'm using Google+ a fair bit less. Well, maybe not a lot less - I wasn't using it a heap previously - but since the announcement that the exec in charge of Google+, Vic Gundotra, had left the search giant in April 2014, and the subsequent dismantling of key Google+ features (including photos and authorship), I've seen less and less reason to reason to spend time expanding my Google+ presence. I do think it's worth having a presence, and over time I've made some great connections and been part of many valuable conversations in groups, but I can't help but think that it's all coming to an end. The Google+ "experiment" feels done - we're just waiting for the search giant to call a definitive time of death.

Today, the next advance towards that conclusion has been made - Google's VP of Streams, Photos and Sharing Bradley Horowitz has announced that users will no longer require a Google+ profile to access and use Google products. This, most notably, relates to YouTube - you'll no longer need a Google+ profile connected to your YouTube presence, a measure many users have been opposed to since its introduction. The changes, which will come into effect over the next few months, will also clarify actual engagement within Google+ - by de-coupling Google+ from other Google products, we'll get a better understanding of how many people are actually using the Google+ platform, as opposed to logging-in in order to use another Google property, a factor that's constantly clouded Google+ engagement figures.

So is this the final nail in the coffin for Google+? No doubt many observers will see it that way, but for some additional perspective, here's where things stand on the key reasons for/against Google+.

"Google+ is dead - move on, nothing to see here"

As noted above, this is the prevailing sentiment, that it's generally pointless wasting time on Google+ now, the platform's pretty much buried. Back in May, Horowitz wrote a post on Medium in which he stated that Google+ isn't dying, but is 'adjusting' to a new, user-focussed experience. He pointed to the fact that Google+ has added new features this year, including 'Collections', a Pinterest-style content-sorting option in which users can group images and posts together by topics. Horowitz said that this addition highlighted how Google+ isn't fading out, but is changing, a sentiment he echoed in this latest announcement, saying the platform is "becoming a place where people engage around their shared interests, with the content and people who inspire them."

Call it what you will, but with the dismantling process in full effect, it's hard to see Google+ growing or expanding any further at this stage. Given that, it may not be dead, communities and conversations are likely to remain in place. But it's also likely that Google+ is as big and relevant as it's ever going to be. If anything, the only way is down for Google+ right now, unless something drastic comes into play that changes its place in the social food chain - that, increasingly, looks unlikely.

"Google+ might be dead, but it's still great for SEO"

But is it? There's no definitive evidence suggesting that Google+ improves SEO - there are correlations, for sure, and there's evidence to suggest that for certain users, certain elements lead to specific results showing higher for them based on their Google+ presence. But those factors are less relevant in the modern landscape. As Google+ is de-emphasized, so too is its impact on SEO - while there are still many positive SEO signals from Google+, the likelihood of you seeing a significant boost in search engine rankings because of your Google+ presence is not incredibly high. There's also the question of even getting the +1's and engagement you need in the first place to boost your SEO rank - those Google+ engagement factors can positively contribute to your overall SEO efforts, but as a report from Stone Temple Consulting found, very few people are even active enough on the platform to provide such endorsements - 0.0005% of Google+ users are posting 50 or more times on the platform per month. By comparison, every single Facebook user, of which there are 1.44 billion, creates around 90 pieces of content per month, based on averages. That's a pretty wide discrepancy. 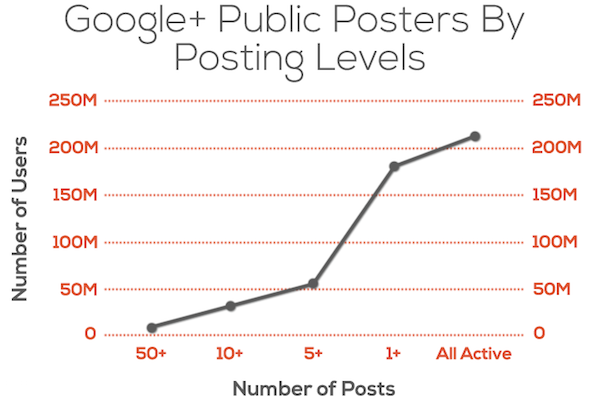 In my own data, profiling brands for Social Media Today's Big Brand Theory column, I've found that no brand has per-post engagement hitting even 0.1% among their Google+ audiences. While there are reports of engaged audiences out there, the numbers suggest that that engagement is very hard to come by on Google+, and without it, the SEO value likely isn't as high as has been suggested in the past.

I can say, from my experience, and the experience of many others, that this is true. But that experience is not supported by the numbers - in addition to the findings of Stone Temple Consulting, a report by Global Web Index found that only a third of the 2.2 billion total Google+ members are actually active on the platform. That doesn't seem so bad, but the numbers also show that (as highlighted in this post from Social Media Examiner), among social networks, Google+ is the worst performer in this regard, with most networks seeing around 50% engagement among their user base. That's not really surprising, it only goes to further underline the pervading view that Google+ engagement stats have been artificially inflated by Google forcing users to sign-up in order to use their other properties, but it does show that that engagement rate hasn't increased, despite that push from Google to get people signed on.What it also indicates - or further emphasizes - is that that active Google+ user base is very small. Even applying the most optimistic calculations, the amount of actual engagement is not very high, on a wider scale, even if it is still happening.

Is it worth being active on Google+ just for these communities? It depends. It depends on who you are, who your brand is, what conversations are happening on Google+ which relate to your business. If you can find groups that relate, then there may be huge value in being present and engaging with these audiences - there are some great, intelligent and in-depth discussions happening amongst Google+ communities. It's absolutely worth making yourself aware of what's going on there - but is that enough to sustain an entire social network? Likely, it isn't, but the latest shift from Google suggests that's the way it's headed - that Google+ will be given more room to focus on being what it is, as opposed to being the next big thing in social networking.

So what's next for Google+? No one knows for sure, but all indications are that where it's at is where's it's likely to stay, at least in the immediate term. There's nothing to suggest Google+ is going to get new features, see any new changes - the de-coupling of the network from other Google properties suggests that Google+ is going to be shifted aside, left to be its own devices, independent of the expectations of being Google's social network. Google's partnership with Twitter connects them to social data, so they no longer need Google+ for that (some reports have suggested Google might even consider buying Twitter), and they're able to split-out successful products from the Google+ experience into their own, independent applications. In some ways, this gives the Google+ community what they've always wanted - independence, the freedom to thrive away from the wider social network focus.

Is it possible that the changes to Google+ will result in the platform finally realizing the potential of what it actually is, as opposed to what it was meant to be? Maybe, and I definitely wouldn't be dismissing the network, and it's features as a platform for connection, particularly amongst groups - yours or those you can find that relate to your business. But as for spending a lot of money and time on maintaining an active Google+ presence, I'd be doing some pretty in-depth audience research before pushing too hard at this stage.

Extra Note: In the official announcement on YouTube's blog, there's an important distinction made on the upcoming changes:

"In the coming weeks, YouTube will no longer require a Google+ profile when you want to upload, comment, or create a channel. If you're happy with everything as it is now, then just keep on keepin' on. If you want to remove your Google+ profile, you'll be able to do this in the coming months, but do not do it now or you'll delete your YouTube channel (no bueno)."

So, don't jump the gun on this one.