Does The Demise of Vine Mean The Death of Twitter? 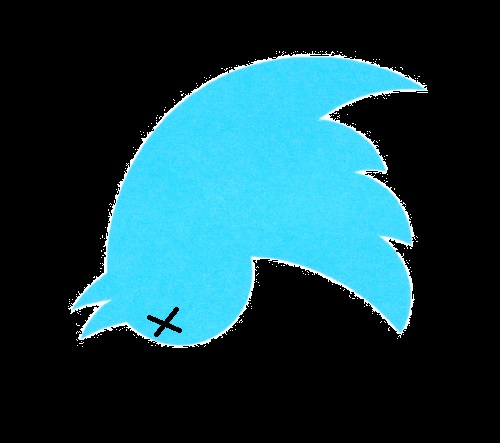 I recently read a post by a marketer who said that Twitter would be dead in 6 months because of the Vine shutdown. I just shook my head - is this marketer trying to be like the bookie that picks a 21 point underdog as a winner, just so he can say he called it?

Last week marketers and Vine superstars mourned the end of Vine (I was not an active Vine user). Vine is owned by Twitter and was one of the first "video burst" social media platforms. Users of Vine were able to post videos up to 6 seconds in length, and some of them were very entertaining - in fact, Vine launched the careers of several social media superstars, some of whom have gone on to translate that success into movie and TV deals. For some, Vine came at just the right time to give them their 15 minutes of fame, but for most, it was a novelty, one that had its time but is no longer relevant in a world full of live streaming opportunities.

Why Did Vine Fail?

When Vine launched in January 2013 there wasn't much in the way of competition. Twitter purchased Vine for $30 million in late 2012, launching the platform a few months later. It was a novelty that caught on quick - the ability to record up to 6-second videos and upload them from your smartphone intrigued a lot of people and creative types began uploading content regularly. It caught on so fast that 5 months after Vine launched, Instagram began allowing 15-second video uploads.

And that's when Vine's demise began.

Instagram was already established as a photo sharing app at that stage, with 130 million monthly active users, which gave Instagram the upper hand once they launched video sharing. Instagram has continued to improve on their video sharing, eventually increasing the maximum size to 60 seconds, and adding Snapchat like features.

Did I say Snapchat? That's right, Snapchat also came along and became the darling of the social media world. Snapchat enables users to upload 10 second clips and images. Both Instagram and Snapchat have continued to evolve while Vine has remained stagnant, in terms of innovation.

Then there's monetization. Vine never really established a way to monetize the platform, and their more recent efforts on this front are mostly seen as too little too late.

The true nail in the coffin probably came when Twitter launched Periscope. Periscope was launched in the spring of 2015 making it one of the first live video streaming apps available for smartphone users. Periscope battled with Meerkat and a few other startups before it took off as the premier live video smartphone app. Periscope also continues to evolve - they recently announced the launch of Periscope Producer (allowing you to use your own video equipment) and a soon to be launched VIP program. Periscope continues to innovate, partially because Facebook and others have launched their own versions of live streaming, boosting competition.

The Key is Innovation

We live in a very fast paced world. News and information is available instantly, you can receive an order placed on Amazon the same day you placed it in some areas. If you don't maintain innovation, even for a few months, you will fail.

Vine didn't innovate, and perhaps Twitter let it go once they acquired Periscope. During that time Instagram and Snapchat have continued to evolve while Twitter has continued to improve Periscope, Facebook Live has launched and many other live streaming and video sharing platforms continue to surface.

Yes, Twitter has had some problems as of late. Several large potential buyers backed out. The NFL Thursday night game is not getting the attention they hoped (NFL ratings are down across the board, likely due to the election), stocks drop every time there's a negative story, and on and on.

But let's just take a look at the above paragraph. Twitter did have several large suitors for parent companies. One backed out and that probably meant the others got spooked. Someone will make a bid again. They're carrying most of the Thursday night NFL games - no small accomplishment. They're also live streaming NBA shows (not games). If they get MLB I am sold. Twitter and Google have partnered again so that tweets will be indexed on Google.

They continue to improve Periscope and continue to try to improve upon their core offering. Twitter's also worked to improve their analytics reporting systems and dashboards, not to mention you can upload video right to Twitter. Twitter connects with so many other social media platforms, websites and services easier than any other platform.

Basically, Twitter trimmed the fat. Like many other companies, when times are lean, they cut the services that aren't carrying their own weight. Twitter continues to innovate in other areas and has a very loyal user base - they still have one of the highest active user totals among social platforms.

Heck, if MySpace is still around then how can Twitter be dead? Twitter's not going anywhere anytime soon.

And in case you're wondering, yes I have gotten business from Twitter, as have some of my clients.