Super Bowl 51 is almost here, and as usual, all the major social networks are offering new tools to help you get involved and show your support for the Patriots or the Falcons.

Here's a rundown of your options on each platform.

While there are no specific filters or tools available in Facebook's main app (as yet), there is still a dedicated Super Bowl Page to follow the trending conversation (which they introduced in 2015) and there are team frames you can add to your profile picture for the event.

Facebook has put their emphasis on Messenger this time around, with new virtual masks to help show your support.

There are also some more generic football frames and effects (if you want to participate but don't follow a particular team), including football helmets and the like. 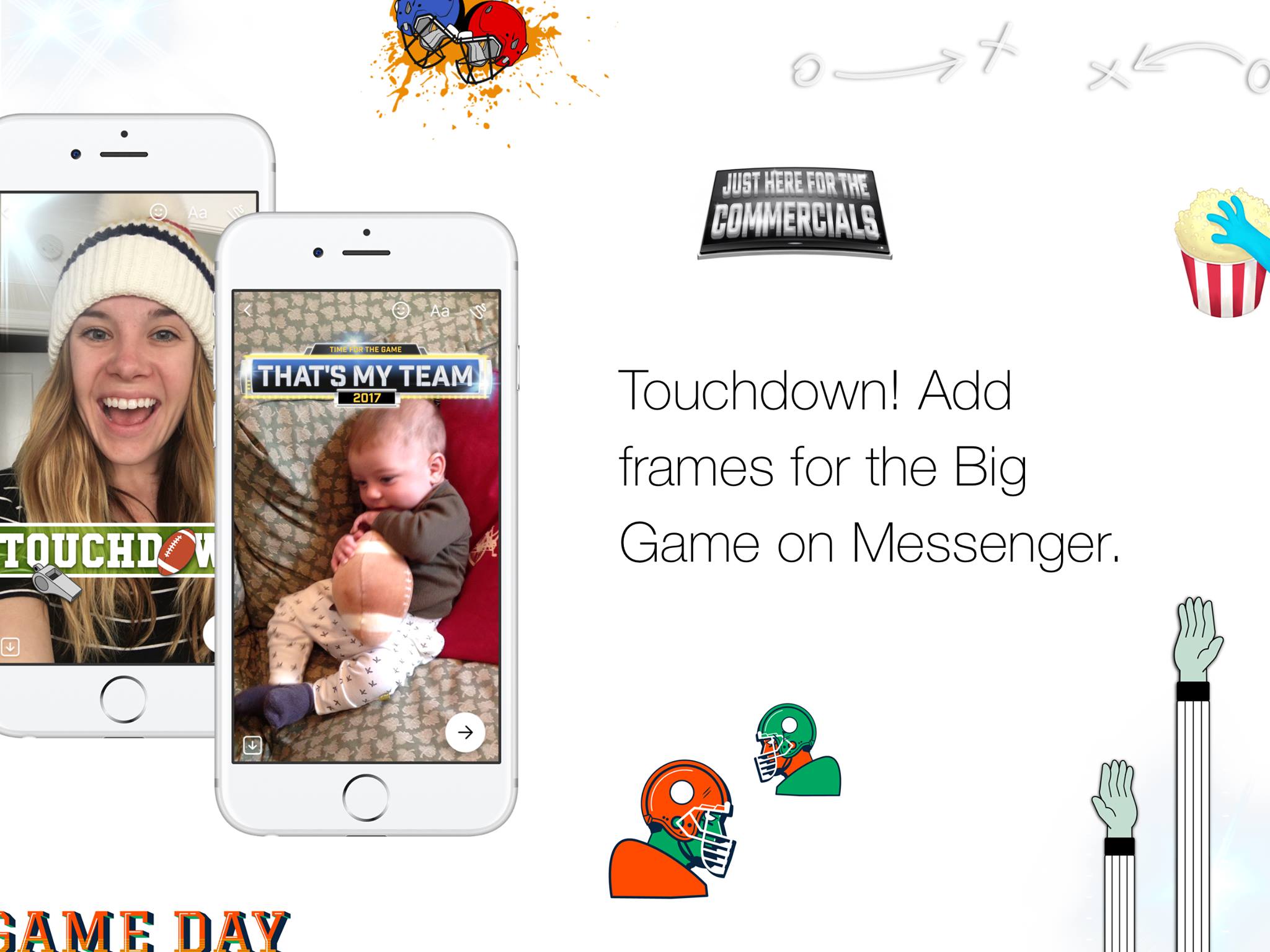 And they've also announced a new Domino's bot just in time, so you can easily order your game time foods.

As always, Twitter has gone all out with their Big Game tools. I mean, they are the real-time network of choice, so tapping into trending conversations is what they do.

First off, there's the usual hashtags - this year Twitter and the NFL have partnered on special Super Bowl emojis.

"Fans can Tweet with these hashtags - #SuperBowl, #SB51, #RiseUp, #Patriots and #PepsiHalftime - to bring color to their Super Bowl Tweets." 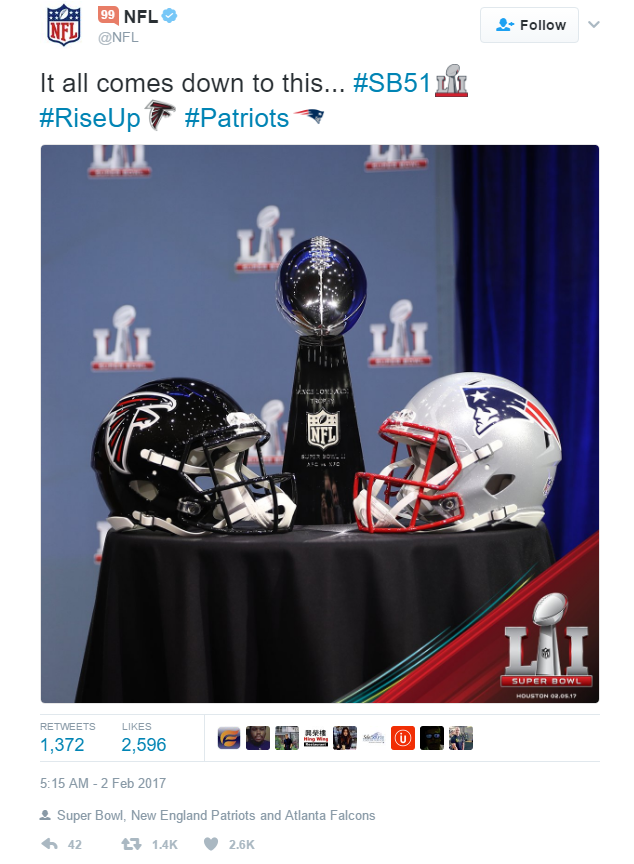 Twitter's also been putting extra focus on the Halftime Show, which is this year headlined by Lady Gaga. 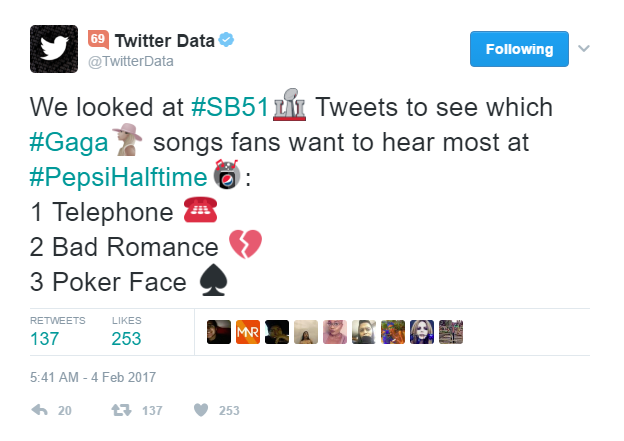 Which makes sense, given Gaga's popularity: 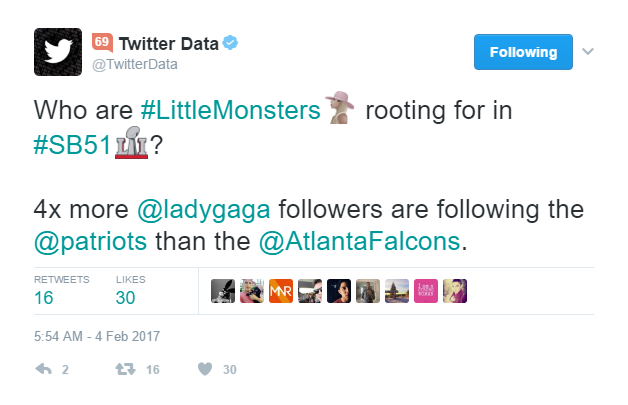 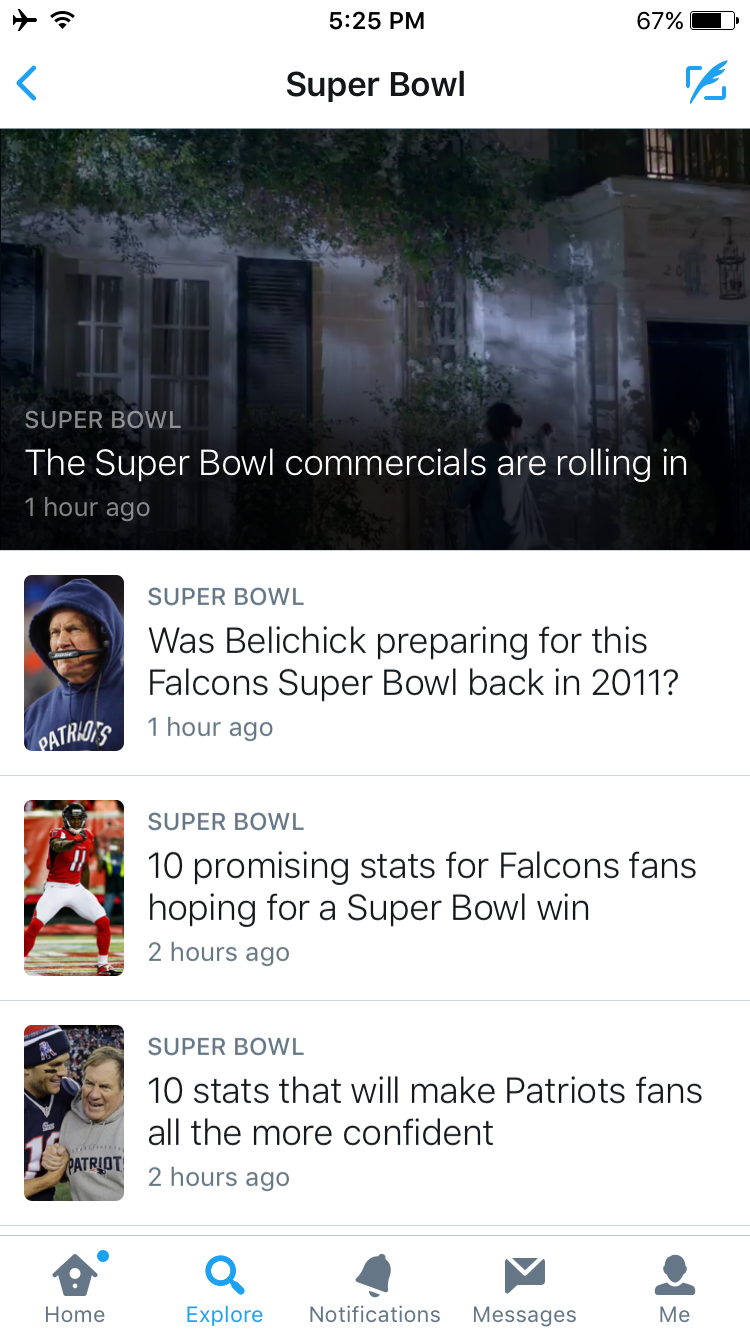 And as is becoming the custom for major sporting events, Periscope hearts will also be transformed into footballs

Count down to #SB51 & root for your favorite team with our custom #football heart! Use any #SuperBowl hashtag in your title to activate pic.twitter.com/j8fH9Ac8il

The footballs are enabled when the broadcaster includes any of the above mentioned Super Bowl hashtags in their video title (one exception - replace #PepsiHalftime with #football).

Snapchat tend to quietly roll out their features and Lenses, so there may be more than this available on the day, but the only one we do know of at this time is a Super Bowl themed "Bud Bowl" game within Snapchat Discover, sponsored by Anheuser-Busch.

As reported by Mashable:

"The interactive ad will appear as part of the brand's takeover of ESPN's Discover portal ad space all day Friday as well as sporadically within several other publishers on the platform. After that, it can be found alongside stories about the NFL in any of the app's media outlets until next Wednesday."

Last year, Snapchat made ad industry headlines with their Super Bowl themed Lens for Gatorade, which enabled users to virtually shower themselves in orange liquid.

That lens generated 160 million impressions - more than the game itself - so you can expect that there will be Super Bowl themed Lenses available again this year, though they don't seem to be present just yet.

(Note: Snapchat has reportedly told potential advertisers that there are two Super Bowl Lens spots up for grabs this year, though the price is pretty steep).

You wouldn't normally associate Pinterest with the Super Bowl, but they're trying to get into the spirit this year with a "Most Valuable Party Planner" option, focused on helping users plan their Super Bowl-themed event. 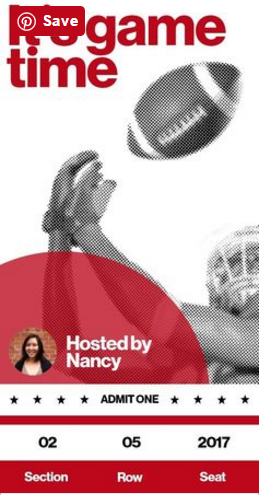 "Football is big on Pinterest-people have saved over 58 million football ideas. Football themed parties are on the rise, too-the number of searches for "football party food" is 3x higher than last year. As the big game approaches, Pinners are still looking for football food, drinks and decorations, which makes this the perfect time for brands like yours to engage and share ideas."

Pinterest is actively working to diversify their offering, so it makes sense for them to pitch to new audiences, and the stats show there is a platform-relevant angle.

To create a Pinterest "Most Valuable Party Planner" board, you can head over to PinterestMVPP.com and choose your preferences. 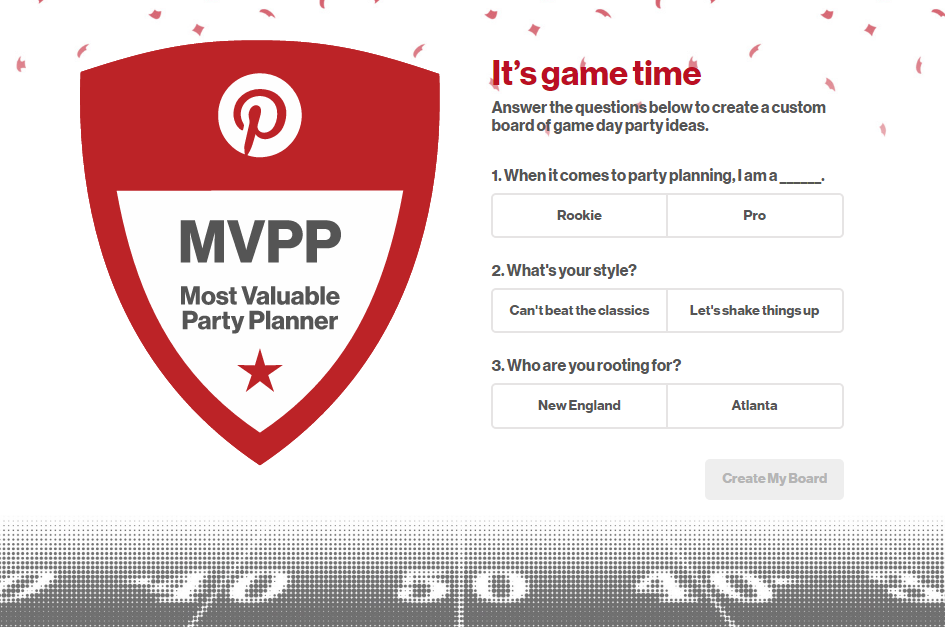 Based on this, Pinterest will create a new board of ideas to help you prepare for and celebrate the event. 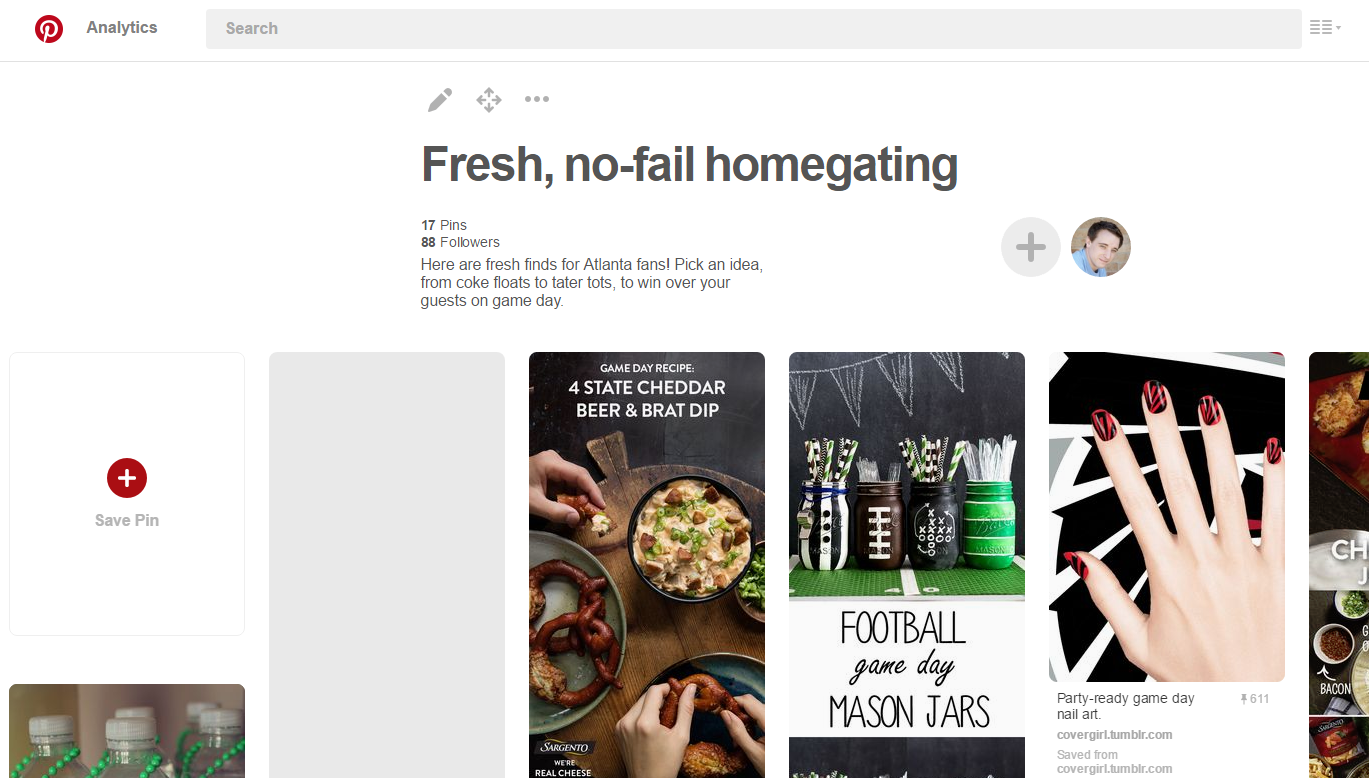 In addition to these, there'll also be a range of Facebook Live and Periscope broadcasts of behind the scenes events and fan experiences, helping to give you a fresh perspective on the game (you can find these using the relevant hashtags).