Everyone knows that LinkedIn doesn't support hashtags, right? That, of course, doesn't stop people from using them on the platform all the time, much to the amusement of smug social media types (myself included) who scoff at such folly - "hashtags don't work on LinkedIn, fool".

As it turns out, the "fools" may actually be onto something, as LinkedIn has announced that it now supports hashtags. Sort of.

In a new post on the LinkedIn blog, LinkedIn has outlined ways in which they've improved the search functionality of their mobile app.

For example, LinkedIn have updated their search functionality to enable users to find articles which they've seen in their feeds:

"Enter the keywords you remember in the search box and find what you're looking for under the Posts tab of the search results page." 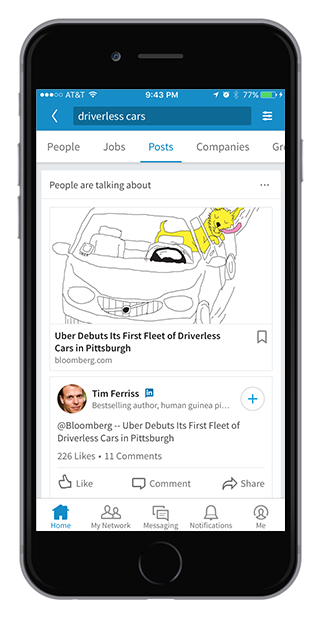 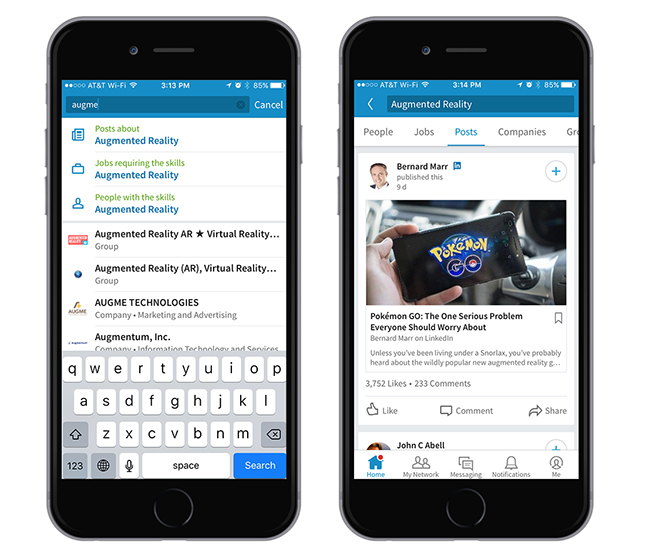 "Hashtags included in your posts (or others) are now tappable and lead to search results so that you can discover other posts with the same hashtag. Simply add a hashtag to your post and it will be automatically available publicly. As you would expect, you can also search for a hashtag to see all public posts tagged with it." 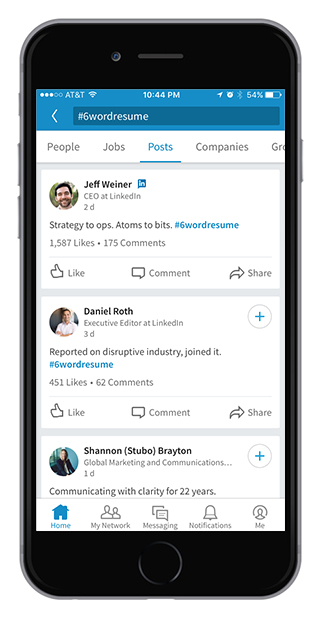 So, now you can use hashtags on LinkedIn, and they're actually searchable. Mostly.

In what seems like an odd move, hashtag functionality has only been added to the app. For example, in the app, I can see this post with an active, clickable hashtag - I tap on it and it takes me to the relevant search results for that tag (image 2). 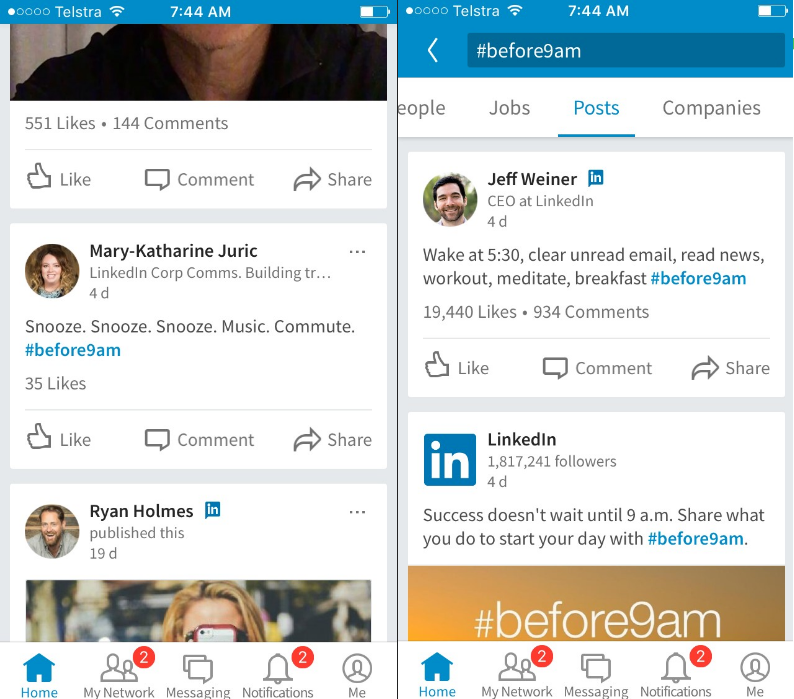 But on desktop, that hashtag is not clickable. Not in the slightest.

So while LinkedIn has added hashtag functionality, it's not universal across all devices, which seems like an oversight - why not make them active everywhere?

In other words, some non-app users may still see LinkedIn hashtag users as fools, however it may be they who are the fools, especially considering the majority of LinkedIn traffic is now mobile-originated.

Worth noting, too, that LinkedIn did once support hashtags previously, back in 2013, but they rolled it back due to poor user response. This may be why there's still a level of confusion as to whether hashtags are applicable on the platform or not.

In summary, none of us are actual fools in this scenario. Or we all are, I don't know - but LinkedIn kind of supports hashtags again, either way.

UPDATE (9/8): In a post about the launch of their re-vamped long-form publishing platform, LinkedIn has confirmed that hashtags are also coming to desktop "very soon".