Last year, Pinterest reached 100 million active users, underlining it's place as one of the most important social media channels. With the launch of 'Buyable Pins' in June 2015, Pinterest also signaled the fact that it's fast becoming a more significant consideration for eCommerce and retailers looking to connect with a wider audience.

In late 2015, Rivalfox, a Berlin-based competitive intelligence platform, conducted a study exploring how and why big brands use Pinterest. Rivalfox tracked Fortune 500 companies on Pinterest over a two month period, analyzing a total of 29,144 pins, finding that while 38% of Fortune 500 companies have a Pinterest account, only 17% actively use the platform to engage with their audience. 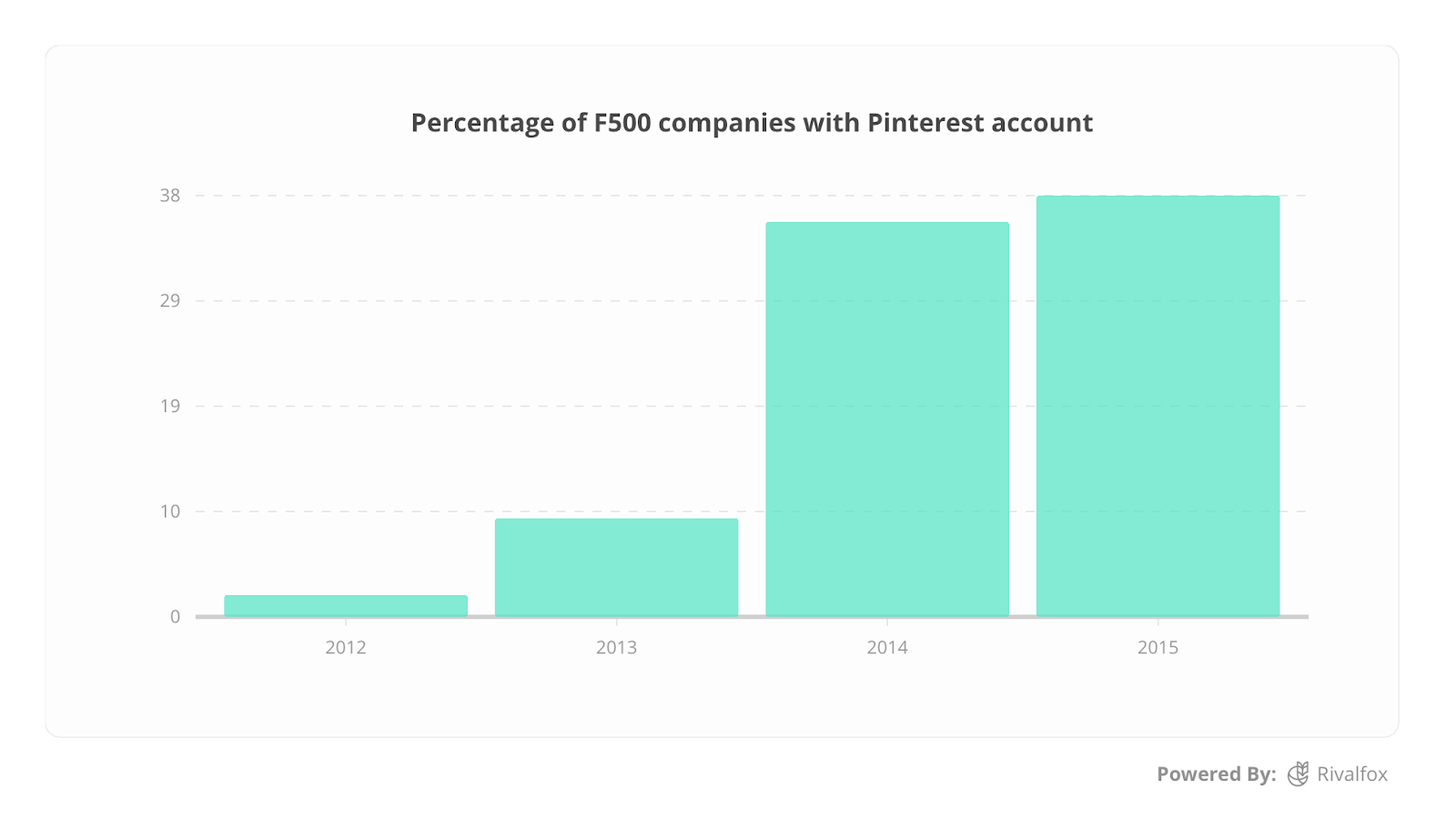 Back in 2012, only nine of the F500 companies had a Pinterest account. In 2013, this number rose to 45, and exploded in 2014 to 178 companies. 2014 also happened to be the year that Pinterest rolled out their business analytics platform, giving brands access to new data and insights about their audience engagement on the platform. 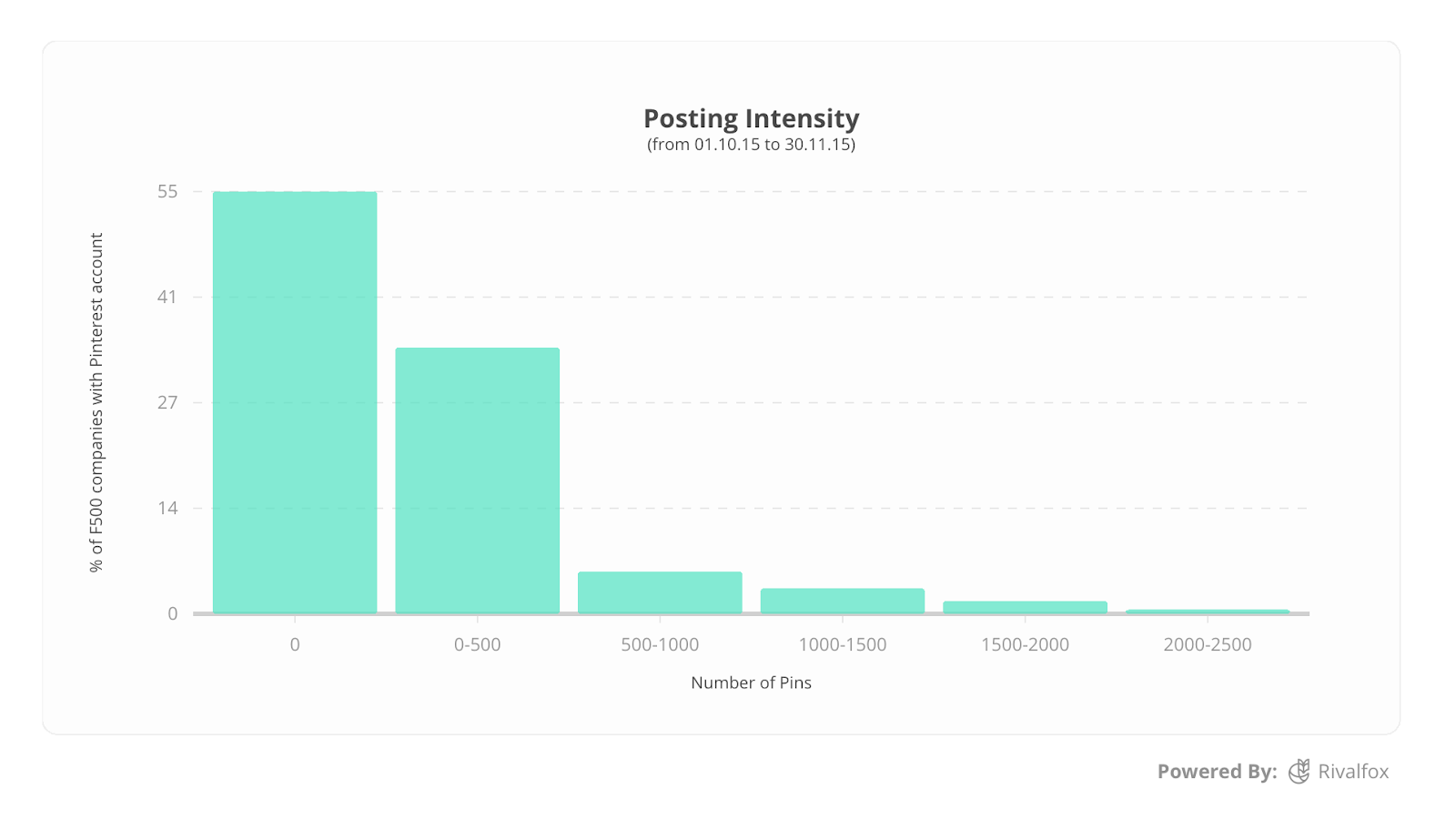 If we define an active Pinterest user as posting at least once every two months, then only 17% of F500 companies fall into the active category.

As expected, B2C companies lead the way when it comes to using Pinterest, in terms of content - including number of Pins, number of Boards, number of followers and level of engagement. 69% of the Fortune 500 companies with a Pinterest account fall under the B2C category.

B2B companies are present on Pinterest, but predominantly use the platform for smaller B2C activities. For example, transportation giant, J.B. Hunt uses Pinterest to connect with drivers and have developed several boards highlighting the trucker lifestyle and providing tips for when you're on the road.

Here's a closer look at what sectors are dominating the world of Pinterest:

The number of followers a brand has doesn't correlate with engagement

The F500 companies with the largest amount of followers, didn't have the highest levels of engagement.

On Pinterest, most engagement happens with non-followers. A 2014 Study found that only 12.3% of a users' followers interact with their pins, and over 70% of activity on each users' boards is done by non-followers.

On the chart below, you can see that Nordstrom and Lowe's lead the way when it comes to the number of followers, but their relative engagement is quite low compared to brands like Starbucks, Target and Kraft Foods, all of which have significantly less followers. 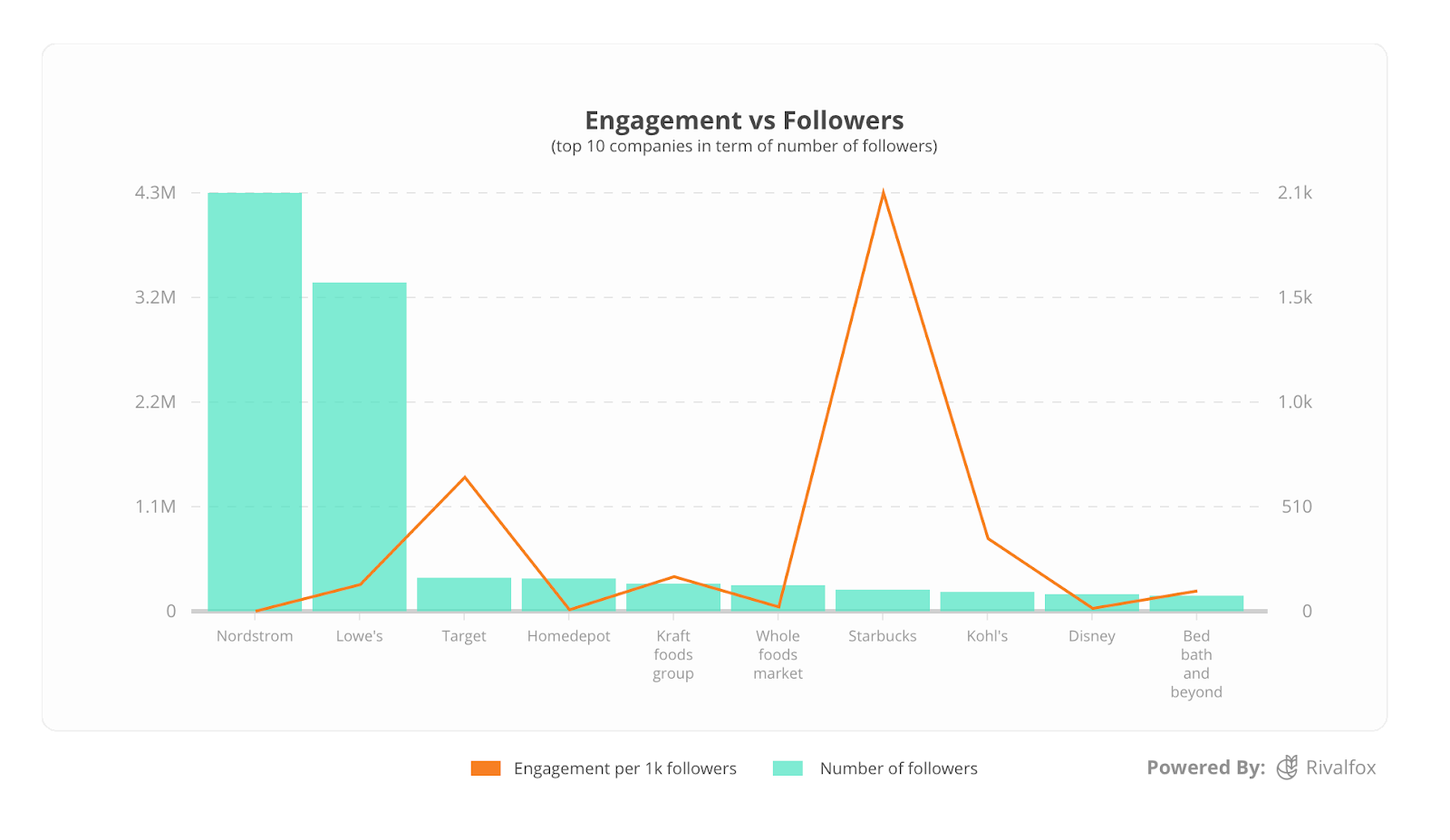 Videos represented just 1.3% of the total pins during the period of the Rivalfox study.

Photo pins received five times more engagement than videos. We're seeing similar trends on Instagram. Simply Measured recently published a study on big brands and their use of Instagram, which showed that videos receive on average 20,000 engagement points versus 35,000 for photos - images are faster to process, and when it comes to social media, users are often looking for instant gratification.

1. Harness the Power of Group boards - Encouraging contributors to add to boards increases engagement and creates a self-feeding content process. Boards like "The Art of Espresso" or "Coffee Photography" curate the most beautiful pieces of coffee art online. 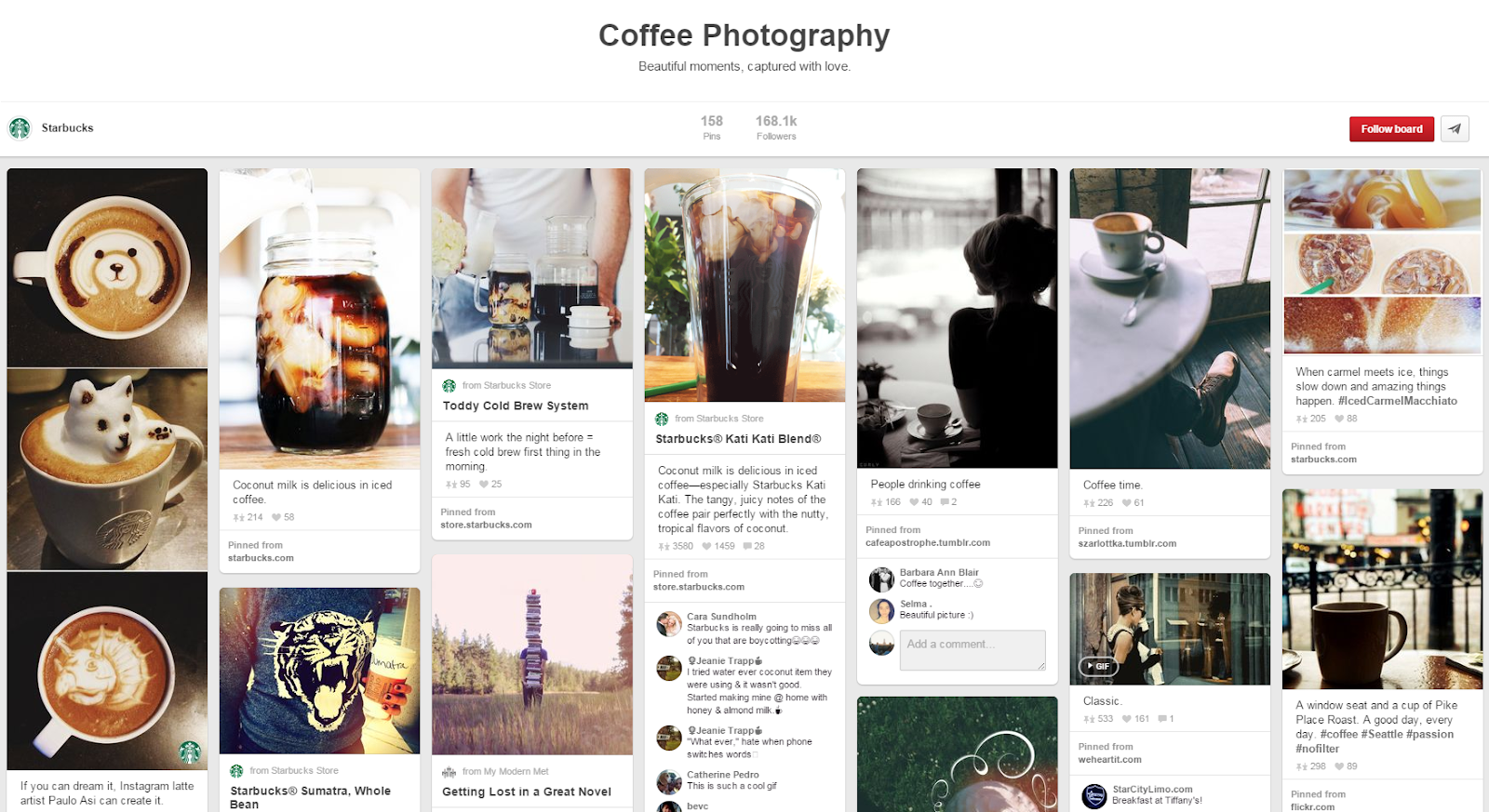 2. Ramp up engagement with contests - Running contests is the best way to engage with the audience - it triggers creativity from the contributors, and will generate reaction since people are asked to vote for their favourite contenders. The "Starbucks Cup Art" competition was an enormous hit. The contest enable artists to gain attention through a visible page, while at the same time highlighting the famous mermaid cup, a staple of the Starbucks brand.