Will Instagram Stories Lead to the Demise of Snapchat?

If there's one thing internet pundits love, it's making proclamations of the demise of a social media platform. This was highlighted after the release of Instagram's 'Stories' feature back in August - in response to the announcement of Instagram's Snapchat clone, the hashtag #RIPSnapchat quickly became a trending topic on Twitter. 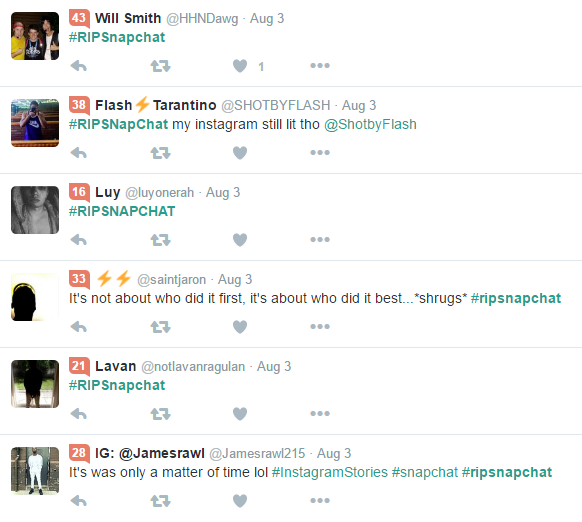 But despite Stories being virtually an exact copy of Snapchat's 'Stories' feature, the popularity of Snapchat hasn't necessarily suffered as a result. Well, at least not yet.

Early data indicated that Snapchat use hadn't been impacted by the introduction of Instagram Stories, and a report released last week, incorporating the input of more than 10,000 teen users, showed that Snapchat remains the most popular app amongst that audience, and actually extended its lead over Snapchat since the last survey. 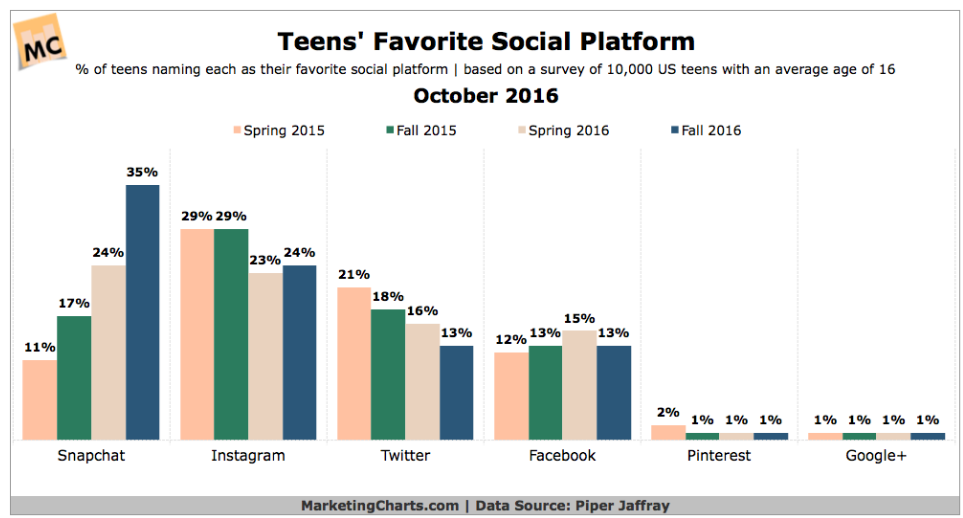 But then again, Facebook - through Instagram - may not necessarily be looking to eliminate Snapchat as a competitor so much as limit its growth. For example, reports have suggested that Instagram Stories is doing well in Russia, where Snapchat adoption is low. That may be Facebook's best strategic bet, to introduce Snapchat-like features into regions where Snapchat hasn't yet been able to gain a foothold in the market, thereby becoming the leader with such functionality, as opposed to being seen as a copycat.

It's interesting to consider the possibilities, but really, what social media marketers want to know is whether they should be building a presence on Snapchat or Instagram for their Stories-type content.

Will the introduction of Instagram Stories be the end of Snapchat? While there's no definitive answer, here are a few things to consider.

One of the biggest advantages Instagram has over Snapchat is that they have more users. A lot more.

On this front, it seems like a no-brainer - Instagram has more users, and now, similar functionality, you should concentrate your efforts there.

While Snapchat's total user count is lower, Snapchat's demographic is very specific. In the U.S., Snapchat reaches 41% of 18 to 34 year olds, every day. Instagram, too, is popular amongst younger users, but their demographic spread is more evenly, which could make Snapchat a better choice if you're looking to reach younger markets.

And then, as noted, there are these latest numbers which suggest that Snapchat is by far the most popular social app among teens.

Your approach needs to be guided by your audience, and the numbers indicate that younger audiences are still more likely to be on Snapchat. You need to conduct your own research to confirm, but the answer is not as simple as total audience size alone.

Snapchat also has some very popular, unique features which Instagram, as yet, has no answer for.

Snapchat's Geofilters - image overlays that are triggered by location - are used by around a million Snapchatters every day, while their face-altering Lenses are used more than 10 million times every 24 hours.

Thus far, Instagram doesn't have a way to replicate these tools, though Facebook, which owns Instagram, did purchase MSQRD earlier this year which effectively does the same thing as Snapchat's Lenses, and they've been testing them out in a few different places including within Facebook Live. It may be only a matter of time till we see similar options within Instagram Stories.

While these additions may seem minor, their popularity amongst Snapchat's audience - combined with the exclusivity of the app (i.e. your relatives aren't on it) - could keep users Snapping for some time yet.

This may not be a huge deal to a person sharing stories with their friends, but for brands, those viewer retention stats are important, and it is something worth analysing in your own data.

That said, Al Jazeera also noted that their total view counts are much higher on Instagram than Snapchat, so, again, it depends on your objective and how each tracks towards your end goals.

As noted, there's no definitive "this or that" answer as to which will be a better fit for your business - it all depends on your audience and where they're most active. No doubt you'll see Instagram continue to innovate and promote Stories as an improved option - they recently added Stories content to their Explore tab, for example, giving them more exposure to new audiences, while they're also, reportedly, looking to bring live-streaming into the mix.

But Snapchat, too, still has a few tricks up its sleeve, with the addition of their first hardware play called 'Spectacles' and work progressing on innovative new ad types.

It's too early to say which platform will emerge the objective "winner", but really, that doesn't matter so much to individual brands anyway. Even if a platform isn't the leader in their field, it may be the leader amongst your target market.

It's important to conduct your own research and get more of an understanding of what your audience wants, and where they're looking to receive it. In that process, you can determine which platform is most worthy of your attention, regardless of the wider market tussles.