5 Social Media Marketing Tips that Businesses Can Learn from Influencers

With thousands of followers loyally taking their recommendations and interacting with their content, it’s no wonder that brands are keen to add influencers to their marketing mix.

Influencer marketing can be a powerful way to place a product in the hearts and minds of potential customers - but while utilizing influencers themselves is effective, there are also plenty of tips and tricks brands can learn from influential users which can be applied to improving their own social media presences.

After all, these valuable followings are built on years of careful content creation and dedicated community management.

If you want to improve your social media game, be more influencer. Here's how.

In such a saturated space, influencers know that a signature aesthetic helps set them apart, and makes their work instantly recognizable.

On Instagram, influencers will painstakingly edit their photos to ensure that they're striking and compliment their individual look - whether that’s a color or content theme - while also blending cohesively within their wider feed. Some influencers have even been known to sell their presets, such is their value.

“Having a streamlined approach, with one beautifully curated image after another, makes for a strong feed. Your top nine photos are the first impression you give a potential follower, who can either swipe away, or be intrigued to scroll down and hit the follow button.” 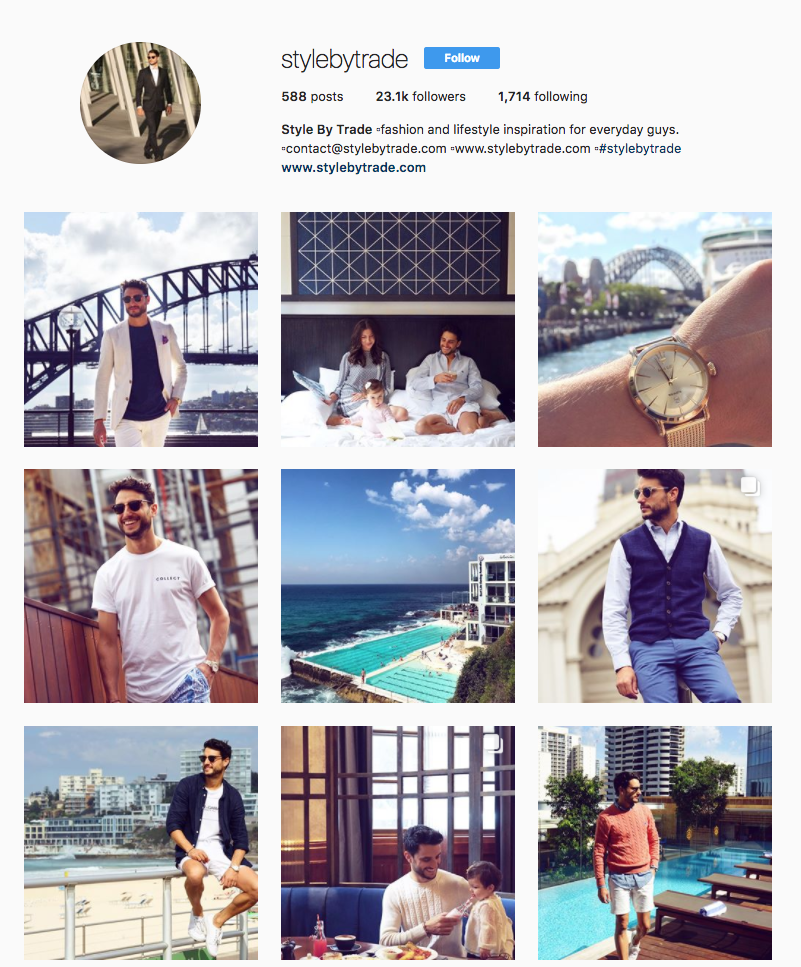 Think carefully about each photo you post. As well as being visually captivating and conveying the point you’re trying to make, it should be consistent with your feed and brand.

Years of reading and replying to comments, and tracking spikes in engagement, will inform influencers about the types of people that follow them - and the lives they live. This intel leads to more strategically planned scheduling to ensure content is posted at times when it's most likely to be seen.

There’s also a growing number of influencers making use of the poll feature on Instagram Stories to ask followers about the type of content they like and want to see more of.

Make the most of the analytics available here. Instagram rush hour is different for everyone, so establish yours, taking into account the different time zones you might be trying to target. Track engagement of individual posts to see what’s popular - and most importantly, never stop asking your followers questions. The more you can learn about them, the more it'll help you boost engagement.

One of the ways influencers have an edge over most brands is that they predominantly create content specifically for that channel. An Instagram influencer will think in grids and snappy captions, rather than trying to stretch a number of assets across countless channels.

Creating assets purely for Instagram, or Instagram-first, will give you a better chance of captivating audiences. Whether it’s the way you shoot an image (particular styles, such as overhead flat lays are incredibly popular among certain Instagram communities), or even introducing GIFs and animations.

@whatshepictures explains the importance of being overt with your product photography on Instagram:

“You only have a split second to stop thumbs scrolling past your image, so make sure your hero grabs their attention in that first split second. If in doubt, place it smack in the middle of your frame. Make sure it stays front and center and doesn’t get lost behind any props. This will leave no doubt in your audience’s mind what your story is all about.” 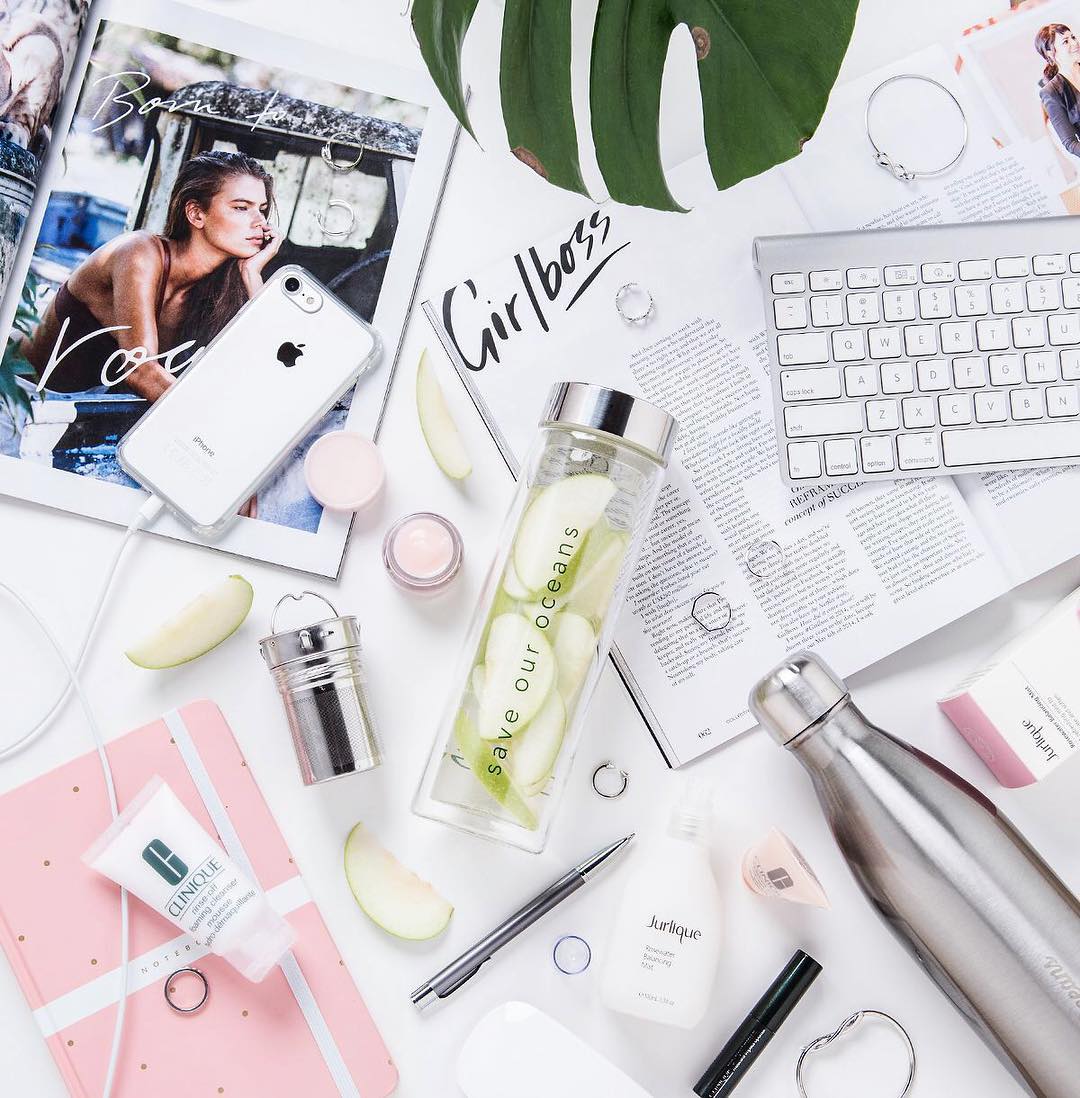 4. Work with the algorithm

Instagram’s algorithm makes engaging your followers within the first hour of posting crucial to ensuring your post remains highly visible and discoverable. The algorithm prioritizes ‘worthy’ content, and a flurry of engagement (whether that’s likes, comments or dwell time) sends a strong signal to the system that yours is exactly that.

This is why you see influencers choosing their timing carefully, and attentively responding to comments in the minutes after posting. Micro and macro influencers actually have the edge here, because they’re not dealing with millions of followers, and thousands of comments. As such, they're able to meaningfully engage with a smaller community, and make a stronger connection.

Take the same approach with your business feeds. If someone has taken the time to comment, best practice is to reply when you can, and continue the conversation. It’ll help to both strengthen the feel of community and boost your reach.

Video is the most sought after up-skill within the influencer community, and with 90% of consumers claiming video can help them make buying decisions, it should certainly be on the radar of all small business marketers also.

But don’t feel like you have to be a pro to capitalize on this powerful trend. @mrturner has created videos for ASOS and explains:

“I'm honestly the master of iMovie. Some may shriek in horror knowing that I use something so basic, but it all depends on the content. Focus on creating a seamless narrative. I also always like to cut clips to hit the beat of a song – it makes it flow so much better.”

Audiences don’t expect to see the same level of polished perfection on social as they would elsewhere, and many times simple can just as effective.