With the 2020 US Presidential Election drawing near, Facebook has this week added some new tools to its Ad Library to better track political ad spend and provide more transparency into how each campaign is using the platform's ad options.

As outlined by Facebook's Rob Leathern, the new tools are designed to help researchers and journalists better understand, and demonstrate, Facebook ad spend by politicians.

First off, Facebook will now display which other advertisers have run ads with a shared “paid for by” disclaimer in each political ad listing. 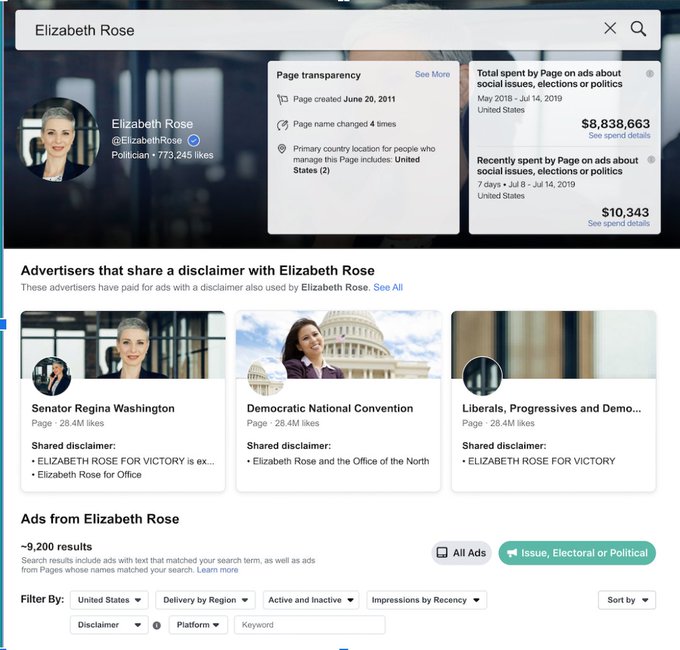 As you can see in this example, the new listings will show which organizations support each politician, providing more transparency into how the candidates are being funded. That could make it easier to understand how political support is being allocated across different groups.

Leathern also notes that Facebook is adding the Vice President and other party VP candidates to its presidential spend tracker, which will make it easier to track related ad spend.

You’ll also be able to place the tracker on your site or in articles with a new widget, as per this video (4/4) pic.twitter.com/JwKesLypXy

The new tools don't add a lot, in a general sense, to the Ad Library, but as noted, they will help journalists and media representatives to better track political ad spend, and contextualize the role that Facebook is playing in communicating key messages.

And that will be a key focus. Given the uproar after the 2016 US Election, in which Facebook is believed to have played a critical role, the platform will be under intense scrutiny this time around.

Having more ways to keep tabs on such, without having to do as much digging, could be hugely beneficial for coverage.