Facebook has launched its latest offensive in the escalating digital creator war, with the announcement that it will invest more than $1 billion in programs for creators over the next 18 months, with a prime focus on providing more ways for creators to earn money for the content that they share on Facebook and Instagram.

"From artists to style experts and budding entertainers, creators drive so much of the passion and creativity we see across our apps. As we continue building creative tools like Live Audio Rooms and Bulletin, as well as monetization products like Stars and affiliate, we also want to reward creators, especially those who are just starting out, for creating content their communities love."

With TikTok still growing, Facebook has been ramping up its monetization tools, with a view to winning over more rising online stars, with TikTok unable to match the revenue opportunities on offer across Facebook, Instagram and YouTube. If Facebook can convince more of these big-name creators to post via its tools instead, that could create a Pied Piper effect, with their large audiences also shifting across, thus negating the threat of TikTok's burgeoning presence.

TikTok's also working on its own monetization options, with a focus on eCommerce listings and brand partnerships, but right now, Facebook does hold a significant advantage in this regard. And this new investment will look to add even more heft to Zuck and Co's counter swings.

Among its new initiatives, Facebook's launching new Bonus programs, on both Facebook and Instagram, which will reward creators for reaching certain milestones and engagement levels with their content and presence.

"The first bonus opportunities on Facebook, available by invitation now, help creators earn more while learning how to create content that can be monetized." 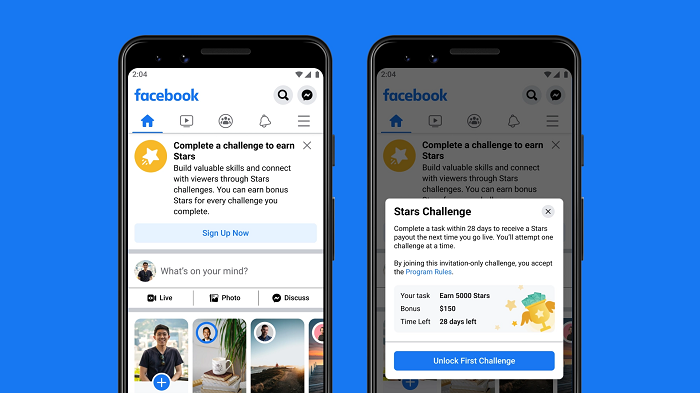 As you can see in this example, one of Facebook's first bonus payment schemes relates to the use of its live-stream Stars viewer donation program, with Creators earning an additional $150 if they reach 5000 Stars (for context, 5000 Stars is about $100 in real world money, going on the latest in-app rates).

Facebook's also offering an earnings bonus over the next four months to select video creators who use in-stream ads, which serves to both encourage more usage and, as Facebook notes, educate streamers about their monetization options.​

That, eventually, could have a broader impact on the Facebook creator ecosystem. Once these users know how to better incentivize such response, they'll be able to apply that generally, which could see them increase their reliance on Facebook's monetization tools, and keep them posting more content, more often.

Facebook's also adding similar incentives for Instagram creators, which will encourage adoption of IGTV ads, and the use of badges in Live and Reels. 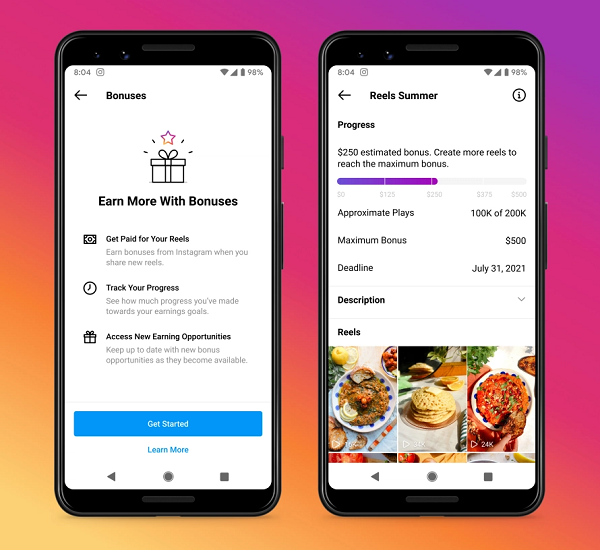 If Facebook can incentivize enough creators through these programs, that will kick-start the next wave of its creator shift, which will further empower creators to generate income from their online efforts, with a direct pathway to making money through the various tools that Facebook offers, and continues to build upon.

But it is worth also being wary. Facebook has offered similar incentives before, for video creators when it wanted to boost Facebook Watch, for businesses when it first looked to maximize its Pages offerings, etc. Eventually, those payments all dried up, and many that had built a reliance on Facebook revenue ended up losing out as the company's priorities switched.

That may well happen again, and while Facebook is building a more sustainable focus onto these new initiatives, by also educating creators about their regular monetization options, in addition to pushing incentives, it is worth noting that leaning too much into Facebook's tools can be problematic, in a business sense.

Because one thing you can be sure of is that Facebook will be looking out for Facebook first, no matter how it dresses up these announcements.

Those interested in signing up for Facebook's new Bonus programs gat get more info here.