While debate rages around digital data protection and the best ways to ensure people's personal information is kept safe online, another key area that's slowly emerging as a more significant concern is 'deepfakes'.

Deepfakes are videos that have been manipulated to make it appear that a person is saying and/or doing something they did not - examples of this in action have seen celebrity faces added to pornography, and US politicians making confessions which could actually trick some users.

As you get from the above example, the technology isn't 100% yet, but it is improving, and it won't be long before separating truth from fiction becomes increasingly difficult.

Facebook is anticipating this, and rather than letting this become a new element of the broader 'fake news' landscape, it's looking to establish new safeguards for detection in order to get ahead of the coming deepfake wave.

This week, Facebook has announced a new deepfake challenge which will see Facebook working with a range of academic institutions to establish better methods for determining false video content, and likely removing such from online platforms.

"The goal of the challenge is to produce technology that everyone can use to better detect when AI has been used to alter a video in order to mislead the viewer. The Deepfake Detection Challenge will include a data set and leaderboard, as well as grants and awards, to spur the industry to create new ways of detecting and preventing media manipulated via AI from being used to mislead others. The governance of the challenge will be facilitated and overseen by the Partnership on AI’s new Steering Committee on AI and Media Integrity, which is made up of a broad cross-sector coalition of organizations including Facebook, WITNESS, Microsoft, and others in civil society and the technology, media, and academic communities."

For its part, Facebook is dedicating $10 million to fund the related research, which will include the creation of a new data set, using paid actors to create deepfake videos. 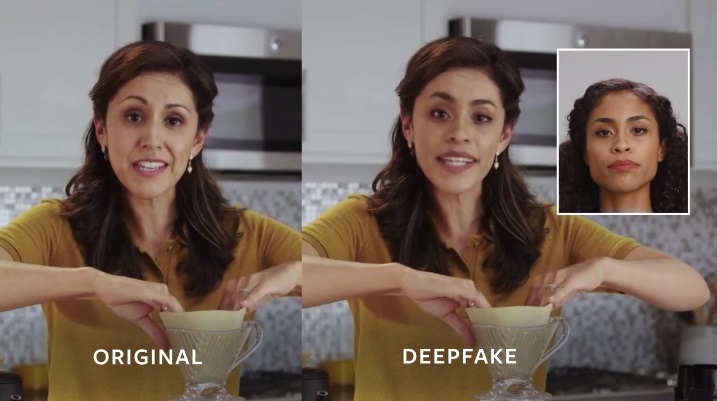 It's an important initiative - as noted in the first example above, deepfakes are not yet at the stage where they're truly convincing. But they will get there, and with apps already available which enable users to digitally place their likeness into movie and TV show scenes, it's not hard to imagine them causing significant confusion in the near future.

In case you haven't heard, #ZAO is a Chinese app which completely blew up since Friday. Best application of 'Deepfake'-style AI facial replacement I've ever seen.

Here's an example of me as DiCaprio (generated in under 8 secs from that one photo in the thumbnail) ???? pic.twitter.com/1RpnJJ3wgT

It seems fun at the moment, but the potential for misuse is significant, and it's important that all possible measures are taken to ensure transparency in the field.