Facebook Fundraisers Have Raised Over a Billion Dollars Since Launch [Infographic]

Yes, there are concerns about data misuse, political interference and the overall impacts of social media on society, but Facebook's not all bad.

This week, Facebook has announced a new milestone for its charitable giving tools, which have now reached over $1 billion in cumulative funds raised for nonprofit and personal causes.

"Since we introduced charitable giving tools in 2015, people have raised over $1 billion on Facebook through Facebook Fundraisers and Donate Buttons, and over 20 million people have either donated to or started a fundraiser on Facebook. Our nonprofit community also continues to grow, and there are now over 1 million nonprofits in 19 countries that can receive donations directly through Facebook."

To mark the occasion, Facebook has announced that it's expanding its nonprofit fundraising tools to Canada and Australia, while it's also partnering with PayPal to match up to a total of $7 million in donations made on Facebook to eligible US nonprofits on Giving Tuesday.

So see, Facebook's not all bad. They do good. (This message was not sponsored by Facebook PR).

Outlining the benefits of fundraisers on the platform, The Social Network has provided this new infographic. 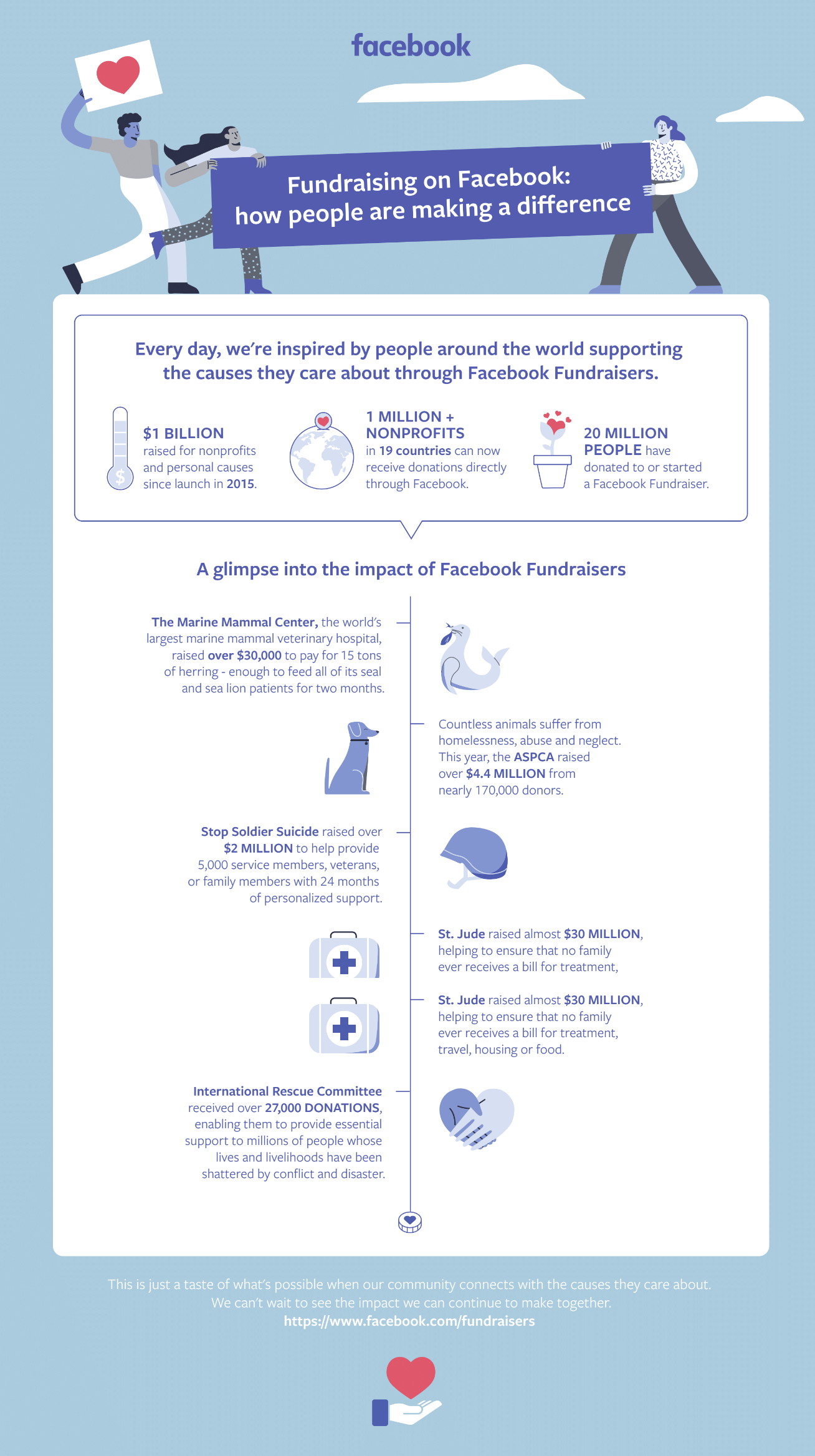