Facebook has this week expanded its test of a prominent 'F' button right in the middle of the lower function bar in the app, which shrinks when tapped and links to the main menu options listing. 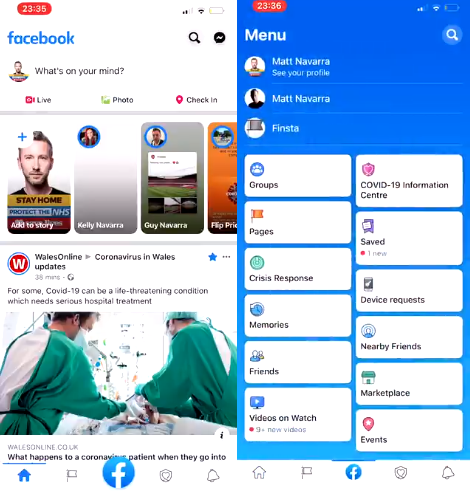 As you can see in these screenshots, shared by social media expert Matt Navarra, the large 'F' reduces when pressed, giving it a real-world button effect. It takes up one of the five existing shortcut slots in the lower bar, which users can control by choosing which buttons are displayed, and it connects to the main menu - which, itself recently underwent a makeover, giving it a bright new color scheme.

So, it seems kind of like a branding exercise - though as soon as I saw it, I was reminded of this: 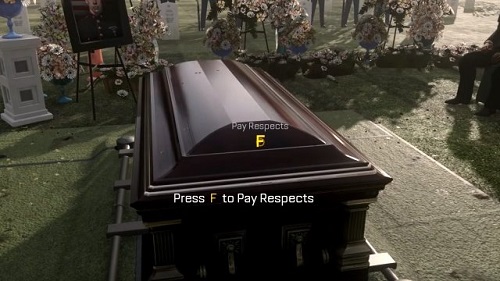 This is a now infamous segment of the game 'Call of Duty: Advanced Warfare', in which the main character (i.e. you) is asked pay respects to a fallen comrade by pressing the F button on their controller. The action spawned a meme, and has become synonymous with paying respects in various online communities, which, in many cases, stems from a failure of sorts. 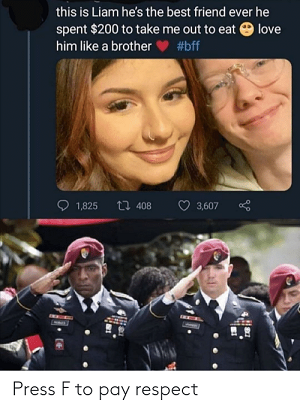 I mean, of course, the 'F' also symbolizes Facebook, and it's stylized in the Facebook logo font and coloring. But still, it might not have the connotations Facebook would hope - if, indeed, the big 'F' does make it through to a full rollout.

Facebook's actually been testing the massive 'F' for some time - back in November, Android Police reported the addition was in testing for some Android users of the app. 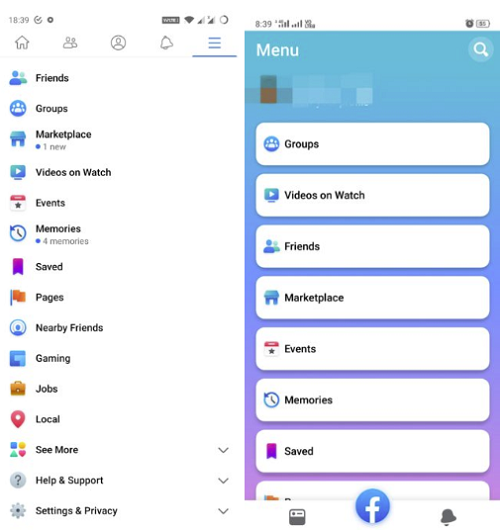 The functionality back then was the same, though the main menu hadn't yet had its refresh, but the fact that Facebook has been developing the option for at least six months would likely indicate that it is, indeed, moving towards a proper launch of the button.

The update to the menu format, along with this new button, would suggest that Facebook wants to put more emphasis on the options in its menu listing, though the huge 'F' seems like an unnecessary prompt. But then again, there's likely a reason why Facebook sees the need for such an addition.

Maybe, by making the 'F' stand out, Facebook will actually encourage more users to check out their menu options, and with the new menu format, which puts more emphasis on each individual option, it'll get more users trying more functions, and therefore spending more time in the app. Maybe Facebook needs to make the icon bigger to prompt that action - or maybe Facebook's aging user demographic simply needs larger fonts in order to be able to read what's on the screen.

Either way, you may soon be able to 'pay respects' in Facebook, and connect through to your function listing.

Maybe it'll work out. Again, Facebook has been testing it for some time, and it wouldn't have gotten this far without showing promising results.

We'll keep you updated on any developments of the big 'F'.

NOTE: Many users have reported having the big 'F' momentarily, then it disappearing again. We've asked Facebook for more info on the mystery.