After it was first spotted in testing last July, Facebook is today launching its new Page layout for creators and public figures, which provides more management options and engagement insights, while also, importantly, placing increased emphasis on following a Page instead of liking it. 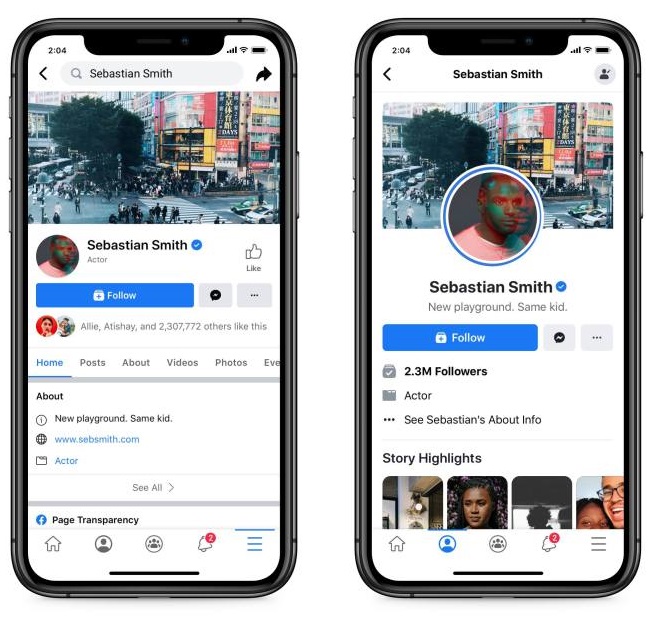 As you can see in this comparison to the current layout, the new format (on the right) sees the 'Like' button removed entirely from the main Page, while the 'Follow' button is made more prominent, along with a follower count. The profile image has also been shifted into the middle of the screen, giving it more focus.

As we noted in July, the de-emphasis of the Like button actually makes a lot of sense, because while people who Like a Facebook Page are increasingly likely to see posts from that Page in their News Feed, it's not as strong an indicator as a follow, which ensures that you'll be alerted to all (or most) new updates from that Page.

By putting the emphasis on following specifically, Facebook can also provide a more accurate snapshot of each creator or celebrity's relevance on the platform, based on their actual, dedicated audience. The number will now show the total amount of people who have explicitly chosen to get updates from this Page, again, a stronger indicator than a Like alone.

In addition to the presentation updates, Facebook has also added new options to make it easier to switch between a personal profile and creator Page, while it's also adding some new options to assign variable controls to Page admins. 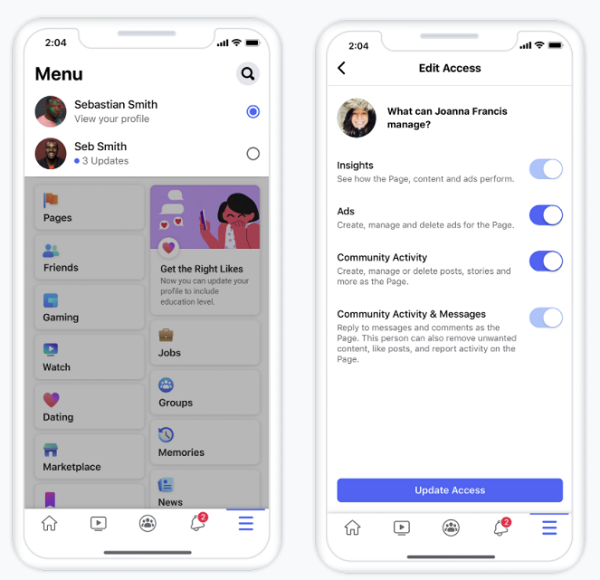 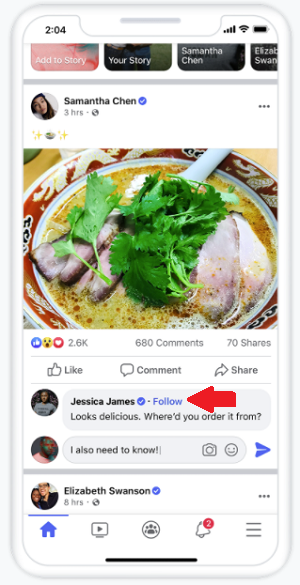 The update also sees the addition of new safety and integrity features "to detect spammy content, impersonator accounts and phishing", as well as updated analytics and insights to help Pages better tailor their messaging to their audience interests.

Here's a look at the onboarding flow for the new Pages update: 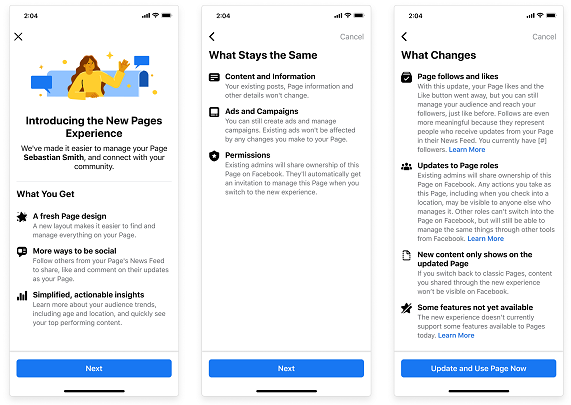 The changes are functional, and will be helpful for those managing creator accounts. But again, the biggest update of note is the removal of the Like button, which could point to a further de-emphasizing of Likes overall across The Social Network.

Essentially, Likes don't serve the same purpose they once did.

Back in 2009, when Facebook first added the Like button, it quickly became a key element of platform currency, a means to showcase your popularity, and to compete with friends and strangers on what's now considered a vanity metric. For brands, Likes meant eyeballs, as when people chose to 'Like' your Page, they also became followers, ensuring that your brand messages reached more people's News Feeds.

So, back then, Likes were critical - but then in 2013, when Facebook introduced its now infamous News Feed algorithm, things changed, with Likes becoming just one of the factors that determined what content was displayed in each users' Feed. The things you comment on, the people you interact with, and indeed, the Pages you chose to specifically follow have since become significantly more relevant - so while Likes still do serve a purpose, they're no longer a key indicator of reach or performance. And for many, the competition around Likes became a distraction, which also rendered their personal News Feeds less engaging and relevant.

That's why Facebook has gradually shifted away from Likes, removing 'Page Likes' as an ad objective, for example, and replacing it with 'Promote your Page' instead. Facebook-owned Instagram stopped displaying total Like counts on posts back in 2019 in an effort to shift away from the popularity contest element (Facebook briefly experimented with the same), while the broader industry has also questioned the validity of Likes as an engagement tool.

In a 2018 interview with Wired, Twitter CEO Jack Dorsey questioned his platform's approach to vanity metrics:

Given the overall shift, it makes sense for Facebook to lessen the focus on Likes. But then again, people love having Likes and Reactions as quick response options, simple ways that they can share their feelings without typing a comment.

But is that, as Dorsey notes, good for healthy conversation and engagement?

Maybe, social media without Likes would force people to be more thoughtful in what they engage with, because they'd have to leave a comment, they'd have to share their own thoughts. That could slow the viral spread of questionable posts - although the theory here is similar to what Twitter applied when it removed basic re-tweets as an option for US users in the lead-up to the election.

Twitter eventually found that was not overly effective - so maybe, Likes still have a place, even as just a simple tool to increase engagement and help algorithms optimize based on your interests.

Overall, that could be the case, but the justification for the removal of Page Likes, specifically, on Facebook does seem stronger. This update may indicate where the company is eventually headed on this front.