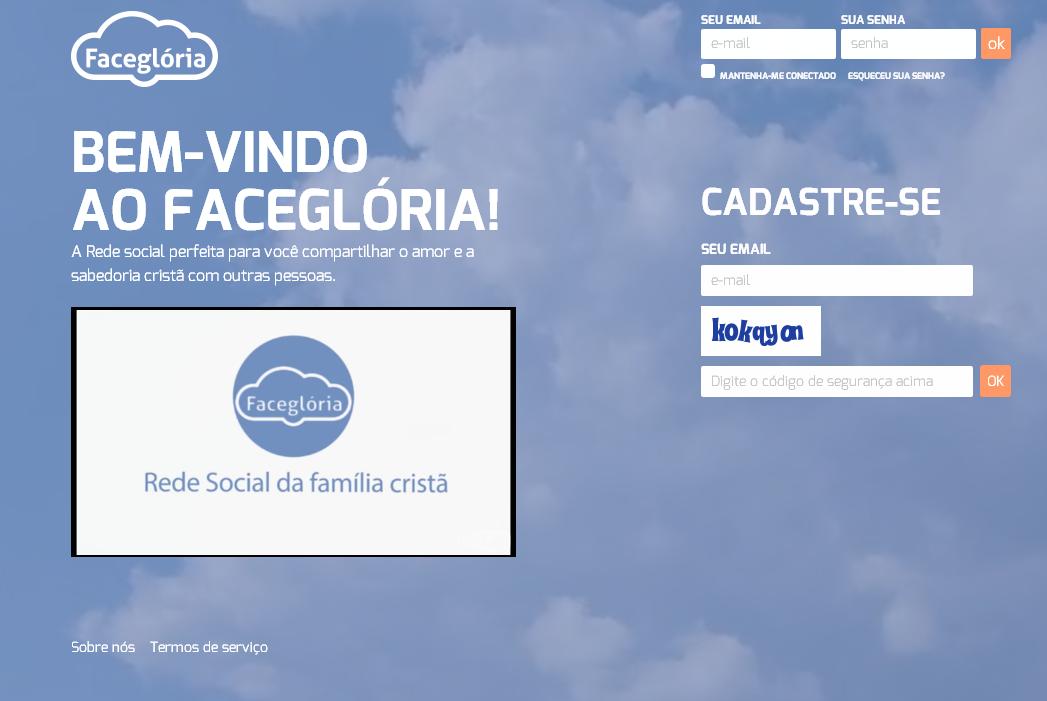 "On Facebook you see a lot of violence and pornography. That's why we thought of creating a network where we could talk about God, love and to spread His word," web designer Atilla Barros said of Facegloria, underlining the purpose and aims of the site. More than 600 words and phrases are forbidden on the platform, and there's an "Amen" button - as opposed to a "Like" - which can be used to express appreciation for a post.

Facegloria is described as "a Christian communication tool, created to facilitate communication between people who seek to preserve the principles of family, morality and respect among users who share the same faith, ideas, and other activities", and founded in order to "share messages that reflect the faith of the 42 million Christians in Brazil." It's an interesting concept, and considering the sheer number of Christian followers, both in Brazil and abroad (Facegloria is currently only available in Portuguese, but other languages, as well as a mobile app, and in development), there's likely some level of market demand for such a service. A hundred thousand people in a month is nothing to be sneezed at - though, in contrast, Ello was dealing with 35,000 membership requests per hour, at peak, when it launched last year.

A similar site called Ummaland, which is built specifically around Muslim community values, was founded in 2013 and now has more than 329,000 members.

Not surprisingly, the site has already sparked a level of controversy - included in its list of forbidden content is homosexual material of any kind. Over on CNET, writer Chris Matyszczyk signed up for Facegloria in order to test out their content filters, posting the message: "Homosexuality is entirely normal". The message remained, suggesting that either the site doesn't detect banned words in English, or moderators take some time to pick up on violations of policy. Either way, Matyszczyk took the opportunity to criticize Facegloria's mission to be "morally better than Facebook", saying that:

"A human who pridefully assumes moral superiority is a human with a lot to hide or a very poor shrink. Or perhaps both."

The ban on such content is not surprising, given the audience and values to which Facegloria adheres, and while many will see this as a controversial stance, Facegloria is clearly not a social platform built for everyone. The real question will be whether there's a large enough market for such a platform to build a significant audience.

Facegloria was founded in the office of Acir dos Santos, who's the mayor of Ferraz de Vasconcelos. dos Santos himself has invested $16,000 in the company, and has spoken of their plans to expand globally to "take on Facebook and Twitter, here and everywhere". It's a lofty goal, one which many have aspired to, and almost just as many have failed to meet. While Facegloria does have a significant point of differentiation, it's hard to see it building enough of a following to become a major player in the social sphere. But then again, there are many followers of the same faith and message, and many community concerns about declining moral standards in general. Maybe Facegloria will fill an audience need not yet catered for, and prosper as a result.