If you wanted yet another reminder of the significance of India and its developing digital opportunities, Google's latest announcement further underlines how much the major tech platforms are expecting from the region.

As per Google CEO Sundar Pichai:

"Today, I’m excited to announce the Google for India Digitization Fund. Through this effort, we will invest ₹75,000 crore, or approximately $10 billion, into India over the next 5-7 years. We’ll do this through a mix of equity investments, partnerships, and operational, infrastructure and ecosystem investments. This is a reflection of our confidence in the future of India and its digital economy."

That is a massive investment, especially considering the sometimes conflicting relationship that tech platforms have had with the Indian Government.

The investment reflects the rising significance of India as a key focus for tech platforms. Back in April, Facebook invested $US5.7 billion in Indian internet provider Reliance Jio, giving it a new way into the Indian market.

Facebook has been working to better integrate itself into the region for years, in order to establish its platform as the key facilitator in the new wave of Indian digital commerce. Indeed, while India is still in the development stages of digitization, it's already the world’s second-largest smartphone market (after China), while the number of internet users in the nation is expected to top 850 million by 2022. For comparison, the US is expected to reach around 300 million internet users at the same stage.

That stat alone demonstrates the significance of the opportunity in the region, and with lessons learned from the tech development of other nations, both Google and Facebook are keen to cement themselves as they key platform for the market.

And both have a significant stake - for Facebook, WhatsApp is the most used messaging app in the nation, while for Google, Android is by far the dominant mobile operating system. 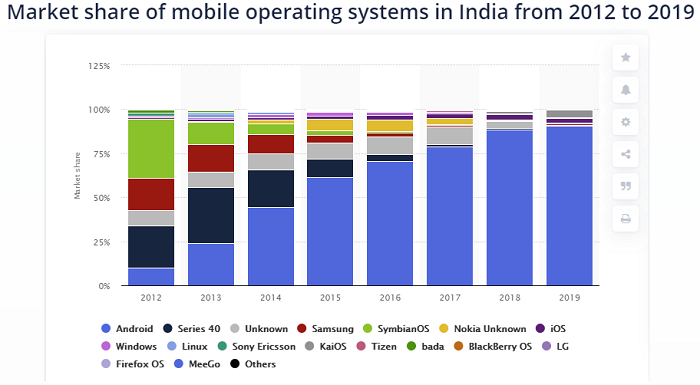 Which becomes significant, and more influential in the region? Likely, both can play their role, and with over $15 billion invested by both companies, they both clearly expect to see significant return on that investment some time in future.

For Google, it's committed to improving connectivity and "empowering businesses as they continue or embark on their digital transformation".

"There’s no question we are facing a difficult moment today, in India and around the world. The dual challenges to our health and to our economies have forced us to rethink how we work and how we live. But times of challenge can lead to incredible moments of innovation. Our goal is to ensure India not only benefits from the next wave of innovation, but leads it."

Indeed, amid regional instability and the ongoing impacts of the current pandemic, the Indian tech landscape is headed into a new period of opportunity, as more businesses look to shift online and cater to increased audience demand for new services.

That could make 2020 a key inflection point for the future of the region, and with both Facebook and Google looking to play a larger role, that could open up a range of new opportunities, for all businesses, in reaching potentially massive new audiences.

There's much more to come, and the recent ban on Chinese apps in the nation will likely rattle foreign investors. But the scope of opportunity here is huge.

If you've not paid much attention to the Indian market in the past, you may soon find yourself learning a lot more about this fast rising audience.