Instagram has added a new notification which will alert users when they go to share a private post or story as to whether any of the people they're seeking to share that content with won't actually be able to see it, due to their settings. 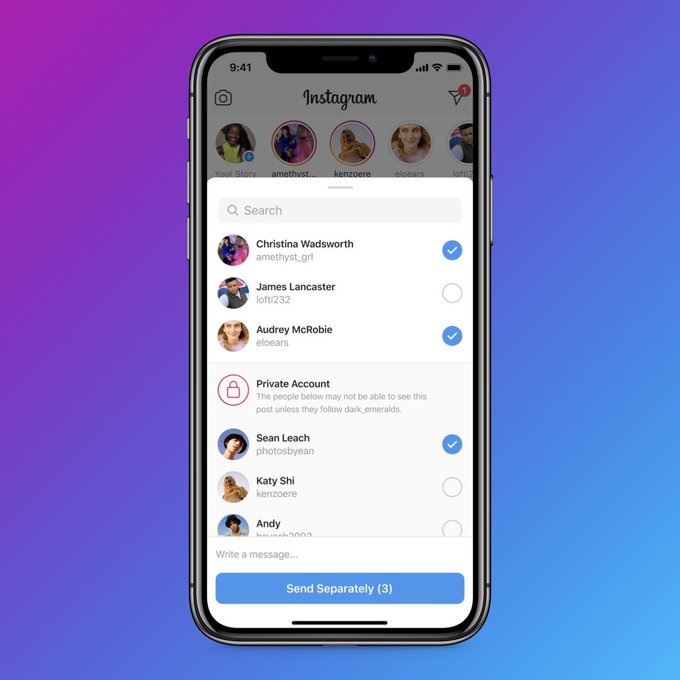 As you can see here, now, when you go to share a private post, you'll see a note explaining that:

And aside from being a generally helpful prompt, the functionality also has a very specific purpose.

Back in March, Instagram chief Adam Mosseri noted during one of his regular Q and A sessions that the platform was exploring options to address the rise in major meme profiles that have been switching their accounts to private in order to boost their follower counts.

"Meme pages are great. People who love meme pages should be able to connect with meme pages and those who don't, don't need to, shouldn't have to. There is a thing, though, where a subset of large of accounts, meme pages and otherwise, go private and they go private essentially as a growth hack."

The way it works is, meme-sharing profiles with big audiences know that their content is going to see significant share activity via private messages within the app. By switching their profiles to private, that means that any recipient of said post via message will need to also follow their profile too, in order to view the content. That means that, in order to stay in the loop, more people end up following the profile because of these shares, thereby artificially inflating their following.

Mosseri said that he was aware of this, that it was basically inauthentic engagement, and that he and his team were trying to "figure out how to adjust it."

This update likely does just that.

Now, when people go to share one of these memes, they'll see that some of their friends won't be able to view it because they don't follow the profile. Which will likely mean that they just won't share it, negating the value of this 'growth hack'.

As an aside, what horrendous term 'growth hack' is. Like, you just worked out how to cheat the system a bit, through existing functionality. That's hardly a 'hack', which generally refers to something requiring a level of technical expertise.

Either way, this new update seems to be a measure to tackle this type of usage. And it'll likely be effective, which could eliminate it as a viable option.

And as a bonus, it'll also help users better understand who can and can't see the content they go to share, before they do it.

The update is now available to all users.