Trying in with Black History Month, LinkedIn has today announced a range of new initiatives designed to address various forms of bias - both within its own algorithms and systems, and via external recruiting processes.

First off, from today, LinkedIn members in the US will be shown a new prompt in their profile which asks them to voluntarily answer questions about their race, gender, disability and veteran status.

That information can then be used to better map outcomes and responses based on these factors, highlighting potential bias in each element.

LinkedIn notes that responses are not visible on your profile, and they're not used to identify people to other members, recruiters, or companies.

"Deepening our understanding of who is using our products is an important step on this journey. When we can measure outcomes across gender, race, ethnicity, and disabilities, we will be able to see whether or not opportunities are equitable on our platform, and if not work to close any equity gaps."

LinkedIn has enabled users to voluntarily submit information on these elements for the last two years, but the new prompts are part of a more explicit effort to expand its research efforts, and get a better handle on how these factors can factor into different processes.

LinkedIn has come under scrutiny in the past over systemic bias. Back in 2018, LinkedIn user Kameshia Washington, a black woman, conducted an experiment where she used her white fiance's headshot on her resume, while also applying to the same roles with her own profile. She found that using her fiance's image significantly increased her response rate, underlining issues built into LinkedIn's systems.

LinkedIn has since made addressing opportunity a key focus, which has included shifting former CEO Jeff Weiner into a new role examining economic inequality, and how existing gaps can be closed.

In addition to these new prompts, LinkedIn has also committed to reviewing its products and introducing new features 'that increase the value of the platform for people in underrepresented groups'.

LinkedIn has also announced a range of new projects for Black History Month, including a new 'Conversations for Change' series which focuses on the experiences of Black professionals. LinkedIn has also unlocked a diversity, inclusion, and belonging LinkedIn Learning path, while it also recently appointed Imani Dunbar to a new role leading equity strategy across the company.

LinkedIn has also shared the initial results of a new survey of more than 2,000 Black professionals in the US, in order to shed some light on the challenges these employees face in the workplace. 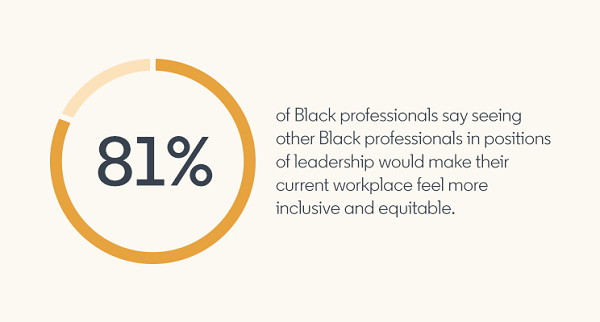 Given its position as the largest network of connected professionals, LinkedIn is uniquely placed to examine such concerns, in order to highlight inherent bias which many may not even be aware exists. The fact that LinkedIn is also looking to address flaws within its own algorithms is also significant, and could play a big role in addressing such moving forward, and establishing a better way to address inequality - not just on LinkedIn, but on other social platforms as well.