After teasing the coming re-vamp of LinkedIn Groups last month, the Professional Social Network has this week officially launched its new Groups experience, with a focus on better aligning with established user behaviors, and increasing relevance within the Groups option. 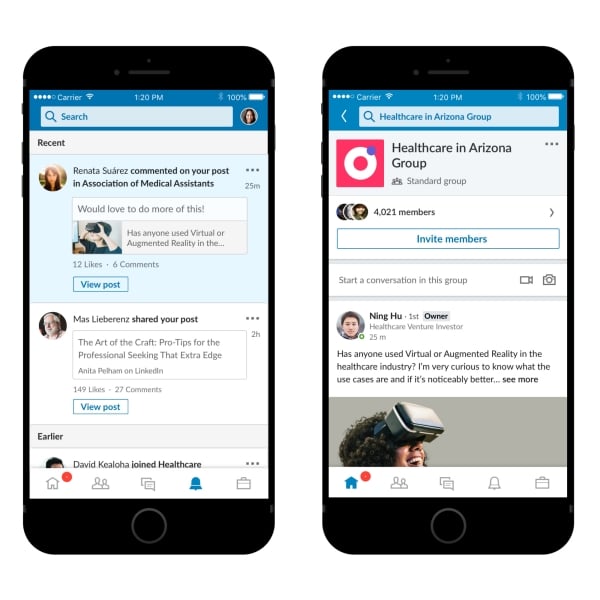 "We’ve heard from all of you about how important LinkedIn Groups are to helping you build your professional communities. With your feedback in mind, we’ve rebuilt Groups from the ground up, making them available right in the main LinkedIn website and app. Why does this matter? Over the past year we’ve focused on bringing conversations to the forefront on LinkedIn, adding new features to make it easy for you to talk to your professional communities - things like being able to record and share videos, messaging from anywhere on the site, and seeing when your connections are online. The new Groups experience helps you take advantage of all these conversations tools with a seamless, faster experience so you can easily participate in your groups alongside all of the things you already love to do on LinkedIn."

Sounds pretty good, right? Well, you might want to hold your applause just for a moment.

Functionally, the new LinkedIn groups experience doesn't change much. Yes, LinkedIn is working to re-connect groups into the main platform, after it's separate LinkedIn Groups app saw poor adoption. But in terms of how they're making groups better... well, I'll let you decide.

I mean, those are good additions, but they're probably not really going to change the perception or usage of LinkedIn groups - that being that they became useless, spam-filled, link-drop forums, where professionals would go to try and spruik their own wares, as opposed to actively engaging.

To be fair, LinkedIn is also working to curb this kind of behavior by limiting the ways in which group admins can push their messaging.

The biggest variation on this front will be the retirement of the group e-mail blast, meaning group admins will no longer be able to use groups as a proxy email list. That has pros and cons - many businesses still use this to help share their content, but the abuse of the functionality means its removal will see less spam.

Coming soon, LinkedIn will also add new group navigation options on your home page, and the ability to engage in groups conversations within the main app feed. Again, these are all interesting, and have potential, but they don't really change the game for LinkedIn groups. At least not yet.

Still, the changes are a step in the right direction, and LinkedIn does tend to take a slow and steady approach to such shifts. For a while, there were rumors that LinkedIn would shut down groups completely, so the announcement that they're giving the option renewed focus is a good start.

It may not alter your perception or usage of LinkedIn groups just yet, but maybe, as they continue to evolve, they could become increasingly relevant again.