New Report Looks at the Rise of Virtual Influencers on Instagram

Social media was created to facilitate human connection, to amplify our interactive capability by providing new ways for us to share our lives and experiences, and relate to others around the same.

Social media gurus have been preaching along these lines for years - in order to succeed on social platforms, you need to 'be more human', you need to 'humanize your brand', 'it's human connection that matters'. And while there are many examples of such approaches leading to greater success for brands online, there is another, rising trend which largely goes against this, and brings into question the very future of the form.

That trend is the rising popularity of virtual influencers - computer-generated models which are gaining popularity, especially on Instagram. 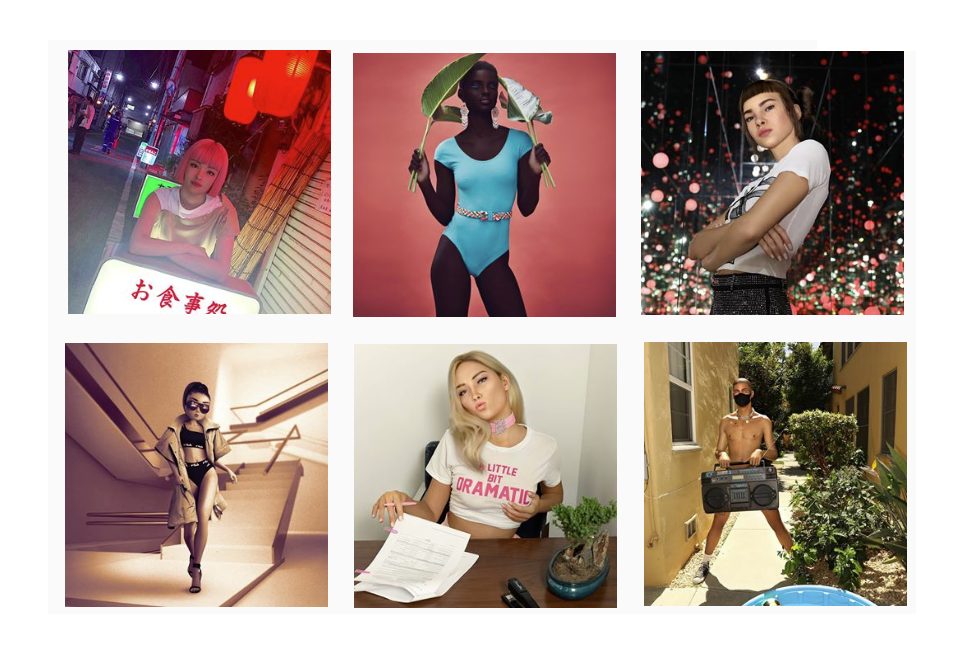 Virtual influencers, as you can see here, run a broad spread of variation - from so close to real that you can't tell, to cartoonish, Sim-like characters which seem completely out of place.

But they are, indeed, rising - recently, social analytics platform HypeAuditor put together an overview of some of the top virtual influencers, and their performance stats over the last year.

And the numbers speak for themselves: 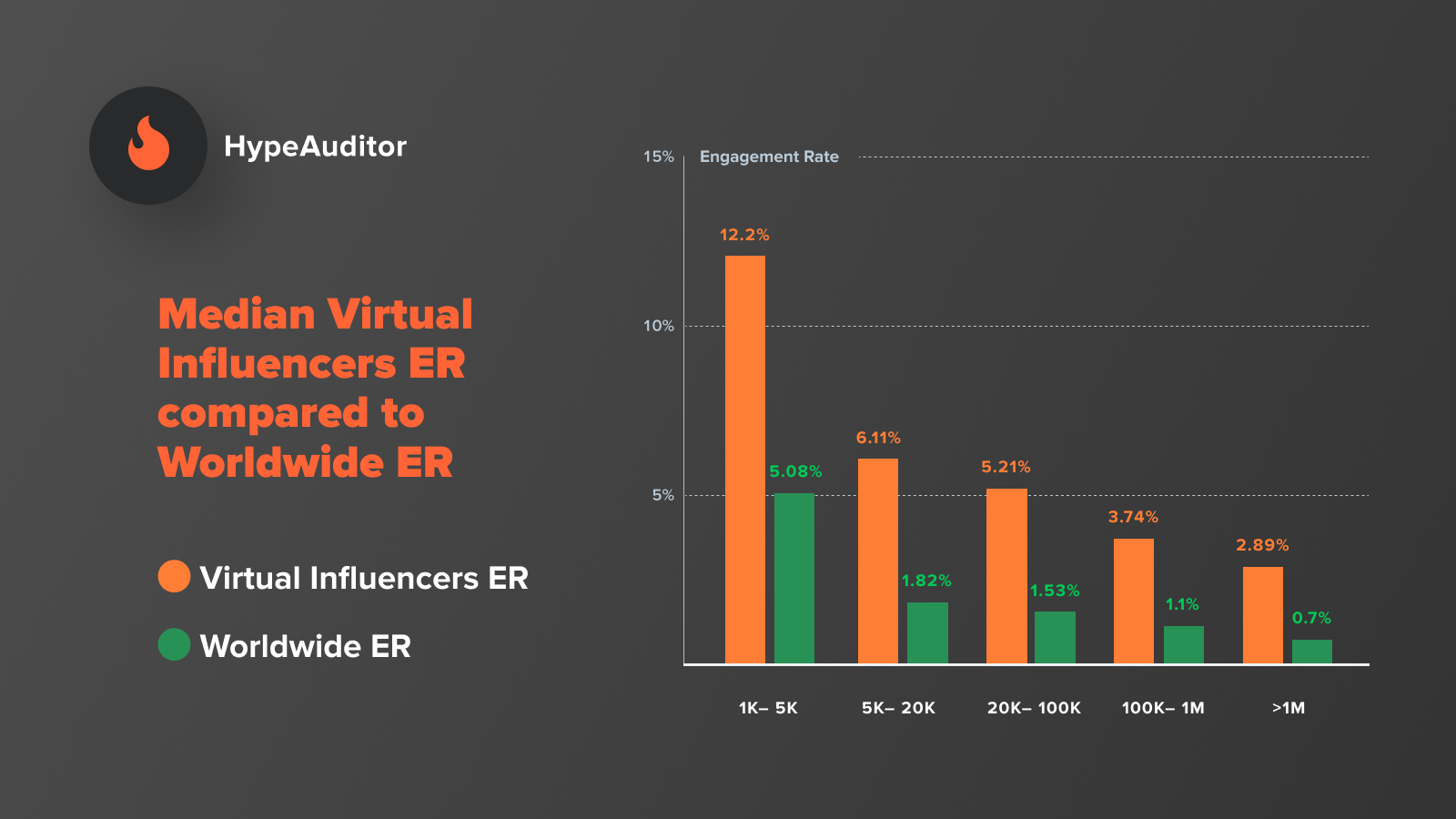 That's an amazing trend, especially when you consider what it could mean for the future of influencer marketing. If these findings are correct, and virtual influencers are on such a significant rise, that will lead to more brands looking into the same. Virtual influencers are unpaid, unbiased, available 24/7 - and, evidently, very popular.

Is this the next wave set to flow through your Instagram streams?

In terms of who, specifically, is engaging with these computer-based characters, the profile shows that younger female users are more likely to engage with virtual influencers. 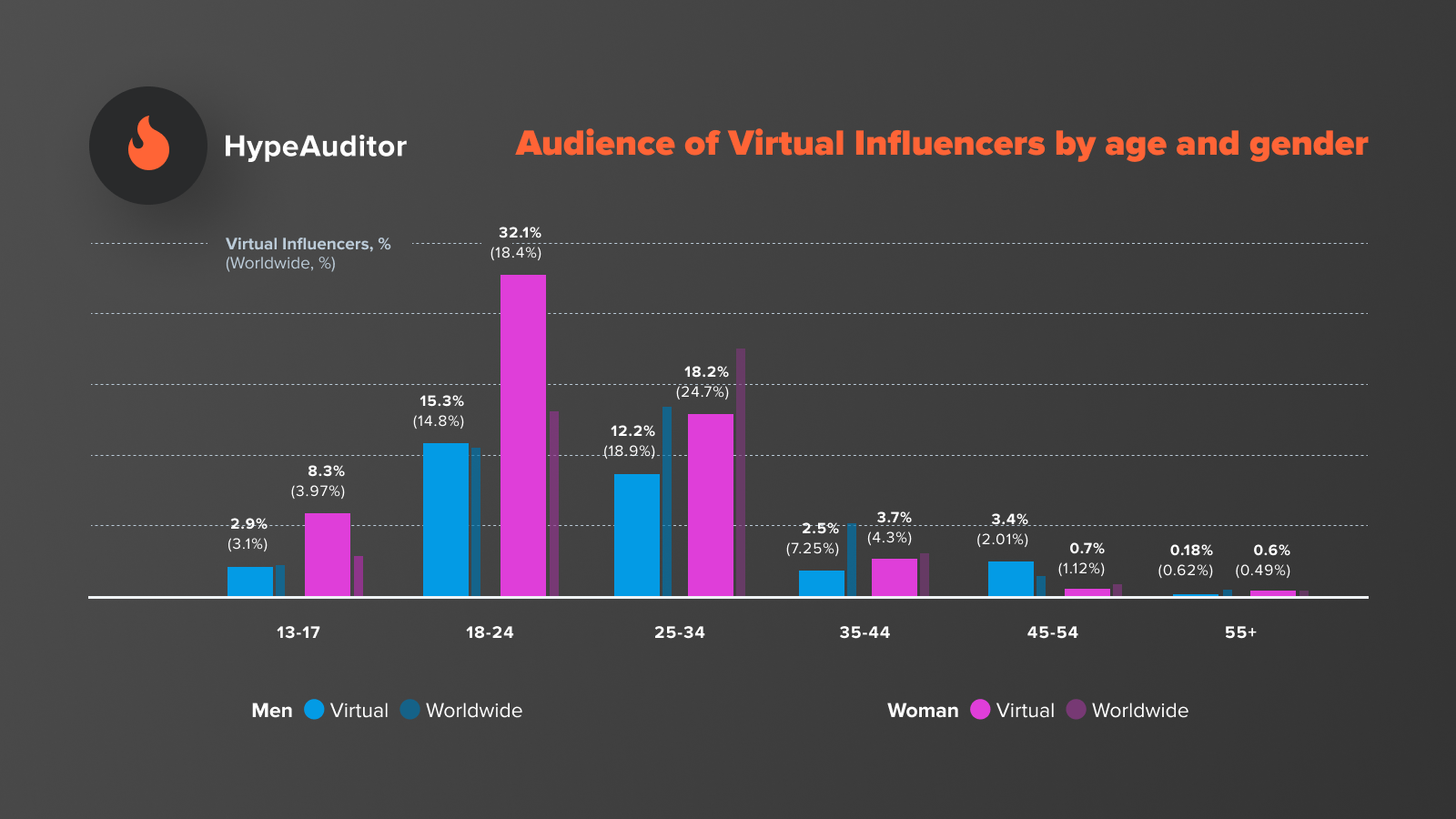 So who are they, and why are they on the rise? You can take a look for yourself - HypeAuditor has also provided a listing of the top virtual influencers worldwide, along with their rising follower counts. 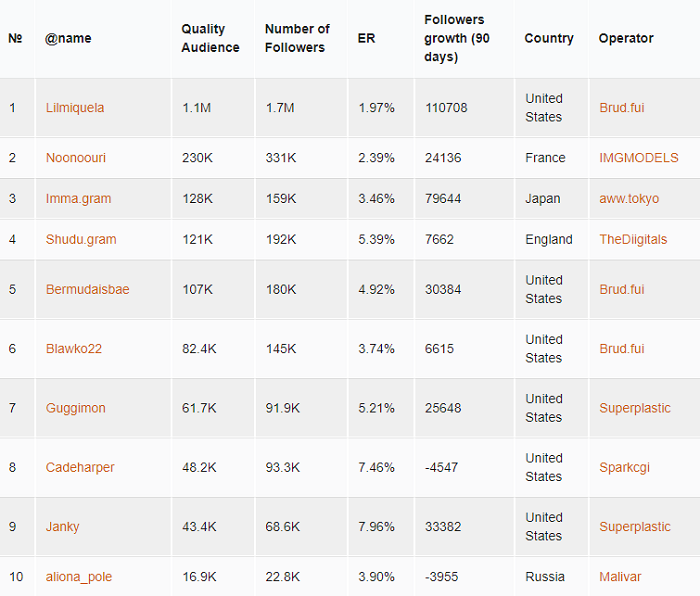 As noted, the characters themselves range from hyper-realistic to cartoonish depictions. The leading virtual influencer is lilmiquela, with 1.7 million followers, followed by the Bratz-doll like noonoouri (332k followers), the mostly real looking imma (159k) and the hyper-real Shudu (193k).

Shudu x @harpersbazaararabia . . Shudu wearing the absolutely stunning @laviebyck gown, digitised by the supremely talented @vas3dfashion !! . . Read the full article featuring an special interview with Shudu herself! Written by the amazing @noir.renaissance who we’re working with to create Shudu’s story!! . . What a privilege to be featured in this article alongside some of the most prominent virtual models/influencers in this blossoming industry! . . #3Dart #3D #virtualinfuencer #digitalmodel #harpersbazaar

Most of the Instagram profiles for these characters note that it's a virtual or digital character within their bios, but as these types of models rise, it'll be interesting to see if more try to disguise the fact that they're not real - and whether regulations may need to be established on disclosure over such.

Right now, however, there are some limitations on virtual character use. Building realistic 3D models is expensive - maybe more expensive than simply using real people in some cases - but as technology advances, those costs will go down, and open the door to more businesses looking to utilize the same.

That could also, however, lead to new questions around depictions of realistic body types and their impacts on impressionable users. We already see such debates when looking at real models, and how young women, in particular, compare their bodies to them - but these characters aren't even real. No diet tricks can help you obtain a virtual waistline.

It's an interesting area, and one which is likely to come up for increased debate in times to come. HypeAuditor suggests that novelty is a key element in their current popularity, and as digital models become more commonplace, they'll lose some of that interest. But will they? Will we even know who's real and who's not in future?

The stats here would suggest that it's likely to become a bigger point of discussion.