Despite recent negative press, Snapchat remains hugely popular with younger audiences, with Snapchat users opening the app over 20 times per day, on average. Yes, Snapchat's user base of 188 million daily actives is smaller than, say, Instagram, and indeed, Facebook, but Snap's audience is active and engaged - posting over three billion Snaps every day.

That's an important element for Snap to build on - with so much unique, valuable content being uploaded to the app, Snapchat is able to capture an element that other apps cannot, that being the perspective of younger audiences. Snap users share their in-the-moment views on everything within the app, which can be hugely valuable, particularly in regards to major, breaking events.

Snap's been working on ways to showcase this content - for example, it rolled out its Snap Map feature to the web back in February, along with content embedding, providing a new way to share relevant Snaps and find content during major happenings. 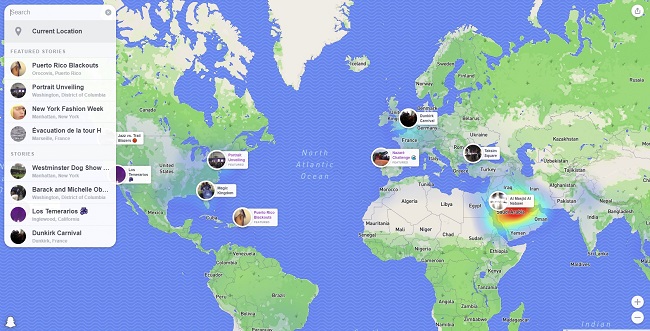 Now, Snap's taking this to another level, partnering with more than 20 news publishers in order to enable them to create their own curated Stories, which will take publicly posted Snaps and merge them into a narrative feature of sorts, which the publishers can use both on Snap and within their own content.

Here's an example of how they'll look (via TechCrunch):

This is a good showcase of the potential of the option - now, approved publishers will be able to build content, using on-the-ground, real-time Snaps, to help provide more perspective on happening events. That could be hugely valuable, while also showcasing the power of the platform - as noted by Brian Ries of CNN (on Twitter):

"THIS is the right way for media orgs to use Snapchat. It's not TV for Teens. It's an enormously powerful discovery platform that shows the world through their eyes."

CNN will be one of the first media partners in the program, along with Cosmopolitan, Daily Mail, Lad Bible, NBC Sports, NBC and The New York Post.

It's certainly an interesting, and potentially powerful, option, and as noted, it goes to the heart of what Snapchat's about, showcasing the app's strengths. But there is some question over the way in which the content is being used, particularly in regards to monetization. Obviously, Snapchat's publishing partners will be able to generate revenue from the new format, by including ads within their posts, but the creators of said posts will not. Most would no doubt just be happy to be featured, but it will mean that Snap and its partners are generating revenue off non-paid users.

As noted, you'd think that wouldn't be a major concern for users, but it is an element to consider - and depending in usage, it could become a larger issue, potentially, in future.

Really, the initiative simply provides another avenue for Snapchat to showcase its content, which could help increase potential user interest by highlighting that it is the place to be, particularly during major events. And definitely, Snap's Map is increasingly being used for this purpose - and with Snapchat actually losing daily active users in the most recent quarter, it needs to do all it can to reignite interest from new audiences.