Snapchat is about staying in touch with real friends, not building status via the size of your follower count, and in line with this, and as part of its Safer Internet Day push, Snap will soon prompt all users to review their connections via an in-app prompt, in order to remove those that they no longer want to be connected to, or share their updates with as they post. 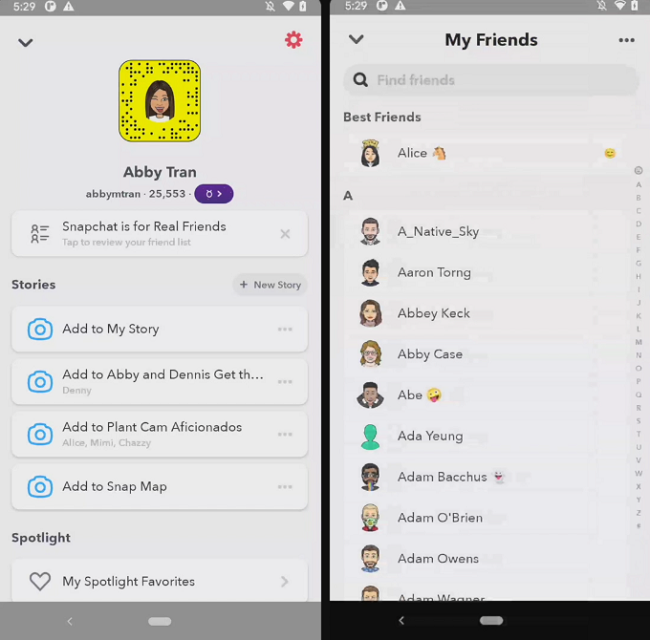 As you can see here, Snapchat will add a new alert that prompts users to tap to review their friend list.

"Friend Check Up prompts Snapchatters to look at their friend lists and make sure it’s all still people they want to be connected to. If there happens to be Snapchatters in their lists that they no longer want to be in contact with, they can easily and comfortably remove them."

The approach is, in many ways, counter to the more common social media practice of emphasizing audience size as a means of influence and status. That's lead to an unhealthy focus on vanity metrics, which even Twitter CEO Jack Dorsey has noted that he would change in his app, if he had his time over.

Snapchat has never displayed follower or Like counts, and has sought to keep communications between smaller, more intimate friend groups, as opposed to broadcasting to as many people as possible.

Though more recently, Snapchat has given some creators the option to display their subscriber counts, as a means to help them build audience.

Wow! I can add my subscriber count to my public Snapchat profile now. pic.twitter.com/fjtiNFMTLk

That's part of a broader shift to move the app in line with some more common creator functionalities, and isn't exactly the same as like/follower counts on regular user profiles. But still, it does feel like a controversial shift for the platform. The logic of it makes sense, in trying to ensure creators can build their platform in the app, but it does run counter to the app's long-standing focus on closer communities, even if that is less relevant for broad-reaching creators.

In addition to this, Snapchat has also announced a range of new partnerships to help provide more safety and guidance for users.

​Given its popularity among younger audiences, it's important for Snapchat to ensure it provides more tools like this to support positive experiences within its app, while also giving people the tools they need to manage situations as they arise.

Friend Check-Up is a good tools in this respect, reminding users that they can, and should, review their connections list. By culling those you no longer want to stay in contact with, you can improve your in-app experience, and reduce the negative impacts of unwanted content exposure.