Snapchat's continuing its drive to encourage more people to vote by bringing back its popular 'Dancing Hot Dog' AR effect, this time in election-themed clothing and bearing a key awareness message.

As noted, the push is part of Snapchat's broader election awareness initiative, which it says has already resulted in encouraging more than 1.24 million users to register for the poll.

The Dancing Hot Dog became an icon in itself back in 2017, even spawning its own product line available in Snap's store. 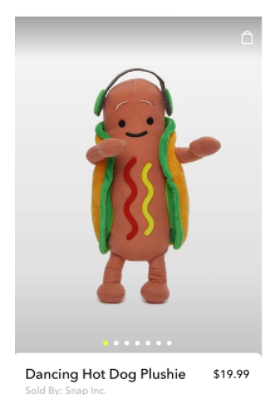 But since then, the Dancing Hot Dog has fallen on hard times, feeling the pinch of fleeting fame, and the hangover of viral popularity.

But now it's back - and with Snap looking to get more young voters to the poll, it could play a part in boosting participation, and ensuring more Americans have their say.

Snap users can also use its 'I Voted' sticker to promote participation, along with sharing dancing foodstuff within the app.