Amid TikTok’s meteoric rise, one element that it has been criticized for is its amplification of trends without credit to the originators.

This has been specifically highlighted in the platform's trending dance moves, with creators from Black communities, in particular, calling on TikTok to do more to acknowledge the origins of such within the app.

Which it’s now looking to do, via the launch of new tools to better enable users to credit trend originators, along with new educational prompts and videos that explain the importance of the same. 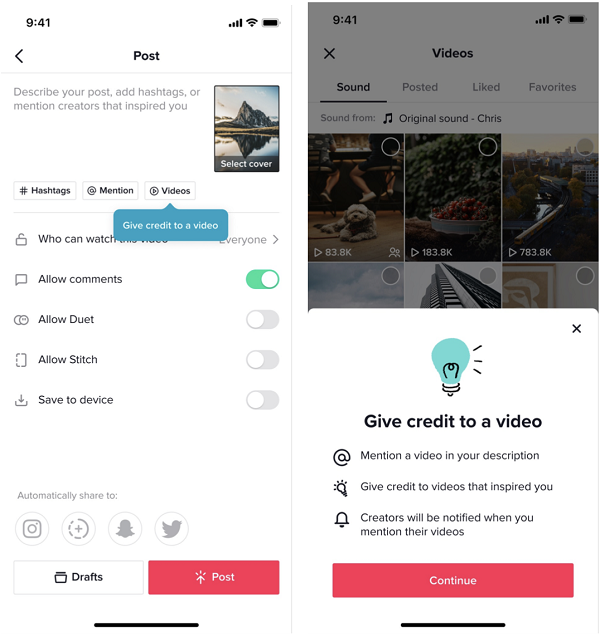 “With the launch of these crediting tools, creators will have the ability to directly tag, mention, and credit a video in their description, showcasing the diverse voices on the platform and the strength of our community. Whether taking part in the latest trend, adding a punchline to a joke, or creating the next viral sound, creators can easily and directly cite their inspiration.”

As you can see in the above example, the new process will facilitate easy tagging in the posting process.

Once you’ve uploaded your clip, tap the new 'video' icon and you’ll be able to add video tags. From here, you’ll be able to select a video that you’ve previously liked, favorited, or posted, or one that’s used the same sound as your upload. The video tag will then be added as a mention in the caption, crediting the original creator, and ensuring proper attribution is assigned from your clips. 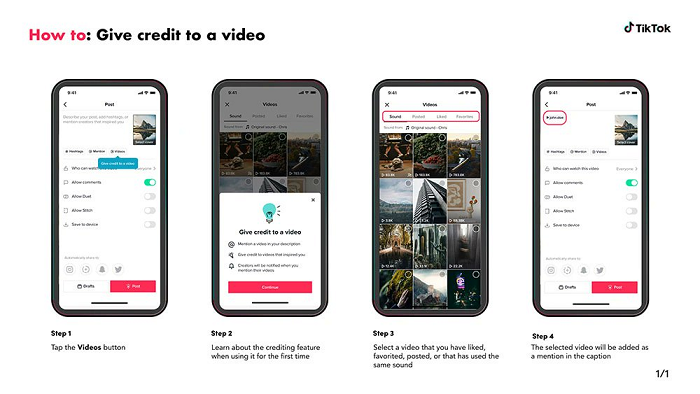 “We're also adding more user prompts to credit throughout the posting process along with an educational pop-up that encourages and explains the importance of crediting. These features are an important step in our ongoing commitment to investing in resources and product experiences that support a culture of credit, which is central to ensuring TikTok remains a home for creative expression.”

Which would be even better if TikTok came up with that all by itself, but as noted, the platform has been heavily, and publicly criticized for its cultural appropriation through various trends, which is why it’s now taking this step.

Either way, it’s a positive outcome, but it would be a little more progressive if TikTok had established such tools of its own volition.

Maybe it’ll be a better indicator for future apps, and help to improve relevant consideration.

We’ll wait and see, but at least we’ll now see more TikTok creators get more credit in the app.

Though if people chose not to credit, they’ll also now have no excuse, which could leave TikTok with some additional moderation headaches.