TikTok is looking to build stronger ties with US officials, and alleviate concerns around its data gathering processes, with a new deal to become the founding sponsor of the inaugural US Cyber Games. 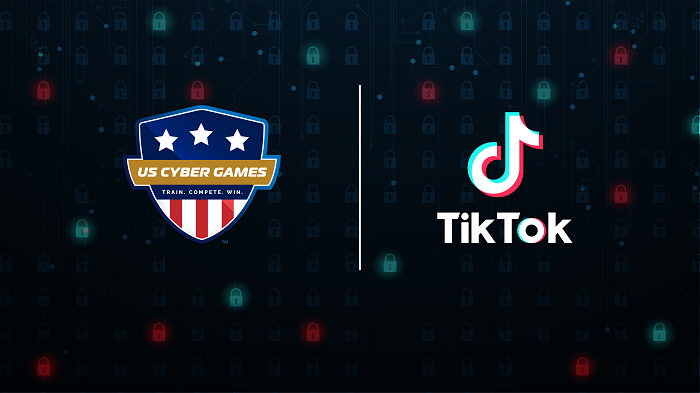 As explained by US Cyber Games Commissioner Jessica Gulick:

"In collaboration with the National Initiative for Cybersecurity Education program at the US Department of Commerce’s National Institute of Standards and Technology, the US Cyber Games is an esports-style program designed to harness the engagement and educational benefits of gaming to inspire emerging cybersecurity talent with vital skills and competencies for global competition."

The idea of the Cyber Games, as TikTok notes, is to help find cybersecurity talent, in order to ensure that official security efforts don't fall behind, and enable hackers to get the upper hand on security systems around the world.

Given its reach among younger audiences, TikTok is well-positioned to encourage young people to consider a career in cybersecurity, and its sponsorship of the event will help raise awareness, while also giving TikTok a chance to establish ties within the cybersecurity community. It will also, potentially, help to highlight TikTok's own separation from its Chinese parent company, and related exposure to the Chinese Government.

Which has been a major sticking point for the platform. TikTok has already been banned in India, which was its largest user market at the time, due to its links to the Chinese Government, while the US also sought to force a sell-off of the app from its Chinese parent company Bytedance in order to establish greater security around US user data.

Maybe, by sponsoring this event, TikTok can work towards reducing this as a growth concern for the app.

TikTok will also sponsor the US Cyber Team taking part in the event, while TikTok Chief Security Officer Roland Cloutier will also join the US Cyber Games board.

It's an interesting partnership - but whether it will help to lessen concerns around TikTok's processes remains to be seen. While the Biden Administration has shut down the previous government's push to force TikTok's sale, it has also noted that it will be conducting its own investigation into the app. Of course, right now, the US Government is busy looking into Facebook, and the role that it's playing in facilitating vaccine misinformation, but eventually, there will be another examination of TikTok's links to the CCP, which could spark another push to either ban the app, or force its separation.

Maybe, by underlining its own focus on cybersecurity, and even assisting in the recruitment of cybersecurity professionals, TikTok will be able to temper this.