This will definitely help social media managers - Twitter has this week announced that TweetDeck, it's own tweet scheduling and tracking app, will now support the scheduling of tweets with videos or multiple images.

Tweet scheduling just got an upgrade. You can now schedule Tweets with videos or multiple images from https://t.co/kZ823zyVPy pic.twitter.com/NWdeABWhn0

Of course, you can already do this via most of the popular social management platforms, like Hootsuite, but it does add another element to TweetDeck, which, given it's owned by Twitter, has a range of functionalities and options that are customized specifically for the platform.

Indeed, TweetDeck can provide a range of benefits, and remains a widely used social management app. Even with some other tools providing more comprehensive social management options, TweetDeck is definitely worth investigation, especially in regards to data insights, including more specific information about each tweet (like what device it was tweeted from) and utilizing TweetDeck columns for search.

Many have criticized Twitter for its inaction in upgrading TweetDeck since it acquired the tweet management tool back in 2011, but Twitter has slowly been looking to upgrade and improve the platform over the last couple of years. It still could be better, there's more Twitter could do, but if you haven't checked it out, or you haven't given it a look in a while, it may be worth heading over to TweetDeck to see what the platform now offers in terms of tweet management and mention tracking.

In other Twitter news, the platform has also announced that it's removing support for embedded tweet grids as of February 8th, 2019. 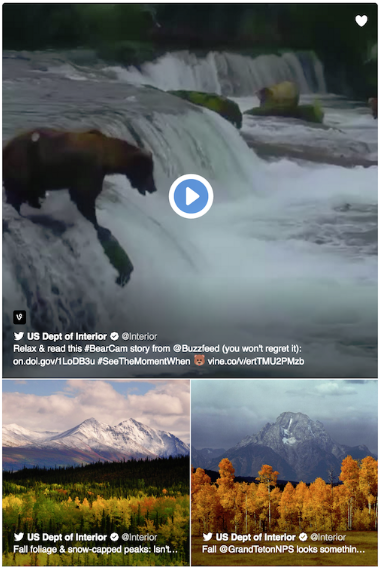 But evidently, not many people have used them - as per Twitter:

"Today, we’re announcing the end of our support for grid-style embedded collections. We want to focus on widget types which are more widely adopted, such as embedded Tweets and timelines. We’ll continue to support embedded grids for 30 days, and after that point, all grid-style collections will render as timelines."

Given the seemingly low adoption, the change likely won't have a huge impact, but if you've used an embedded Twitter grid, note that it won't be viewable in that form for much longer.