Twitter has delivered on its promise of creating a darker 'Dark Mode' after users complained that the existing Dark Mode option wasn't dark enough, and was still hard on the eyes in low light.

You can see the issue to some degree here - over on Dark Mode List, they've provided a side-by-side comparison of various app night modes, which highlights the lighter Twitter screen. 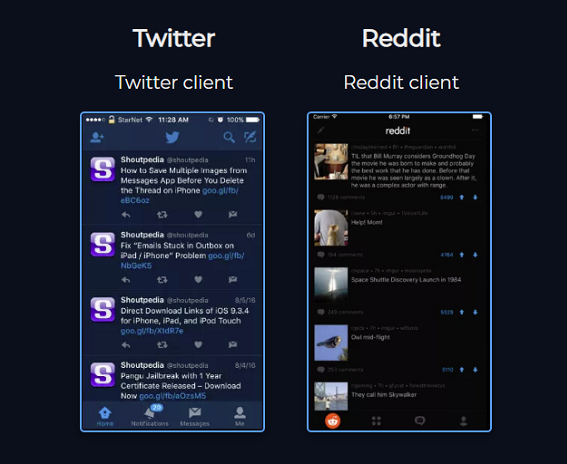 Twitter CEO Jack Dorsey noted back in January that it was an issue they wanted to fix, and now, Twitter has delivered with a new range of 'Dark', and 'Lights Out' options.

It was dark. You asked for darker! Swipe right to check out our new dark mode. Rolling out today. pic.twitter.com/6MEACKRK9K

As you can see in the example flow, swipe right and you'll now be able to go through the various settings to switch on Dark mode, including the new, darker 'Lights Out' option and 'Automatic Dark Mode'

In their additional notes on the update, Twitter's Design team explained the various changes:

In addition to this, Twitter also notes that the expansion of its dark mode options will open the door for it to build more accessibility color palettes and tools in future. Which is interesting in relation to this recent tweet hoax you may have seen floating around.

Note: Don't do this.

The hoax suggests that if you change your birth date to 2007, you'll get a whole set of new color palette options for your profile. You won't. Instead, you'll actually get locked out of your account for being under Twitter's 13 year-old age limit.

The hoax has been shared so widely that Twitter shared this explanation earlier in the week:

We’ve noticed a prank trying to get people to change their Twitter birthday in their profile to unlock new color schemes. Please don’t try this. We don't have different color schemes based on your birthday.

But, potentially, additional color options for profile displays may be available for real in future, via these new dark mode settings.

Of course, the announcement has been met with the usual hail of 'Where's the edit button?' responses, and Twitter still has various other issues to fix which are more significant than a dark mode. But it's another option added to your Twitter toolkit, which, as noted, can have both usage and actual health benefits.