YouTube is testing a new shortcut option for its TikTok-like 'Shorts' feed, as it seeks to establish the option in the Indian market. 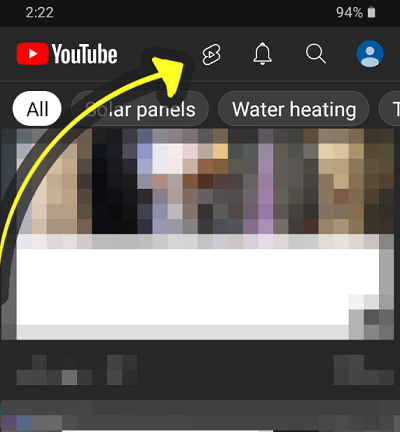 As you can see in this screenshot, posted by Digital Information World, the new home screen link gives Shorts prominent space in the top bar of the app, making it easier to tap through and see the latest in a dedicated Shorts feed.

YouTube says that it will begin testing this new option with "a small group of users in India using the YouTube app on Android and iOS".

Shorts is still only available in limited capacity, with YouTube putting specific focus on the Indian market, where TikTok was banned back in June. At that time, TikTok was up to 200 million Indian users, leaving a big gap in the market, which Instagram (via Reels) and YouTube have both sought to fill.

Reposo currently serves 33 million monthly active users, but if Google is now able to influence decision-making and development at the video app, it could see Reposo eventually folded into YouTube Shorts.

Maybe. At this stage, there's no indication that Google will hold an influential stake in Reposo, but it is interesting to note the ongoing battle for user attention in the Indian market in the wake of Tikok's removal. TikTok, meanwhile, continues to negotiate a possible return to India in future.

Shorts is still in test mode, with a wider roll-out set for some time in the new year. YouTube hasn't provided any official usage data, but as noted, with 200 million Indian TikTok users seeking alternatives, you can bet that both Reels and Shorts are taking up a significant proportion of that market.

Shorts also has the advantage of providing another option for prominent YouTube creators to promote their channels, which could see it become a hit. Whether Shorts or Reels catch on in regions where TikTok is available is another question entirely, but it is interesting to note the impact that TikTok has had in influencing the product strategies at some of the world's biggest apps.