Not everyone's a fan of the vertical video format, but the usage stats don't lie, and with more users becoming more accustomed to viewing content without having to turn their devices sideways, online video leader YouTube has been slowly adding in more features to align with the trend. Their latest announcement on this front comes in the form of new vertical video ad units, which will enable brands to capitalize on full-length presentation. 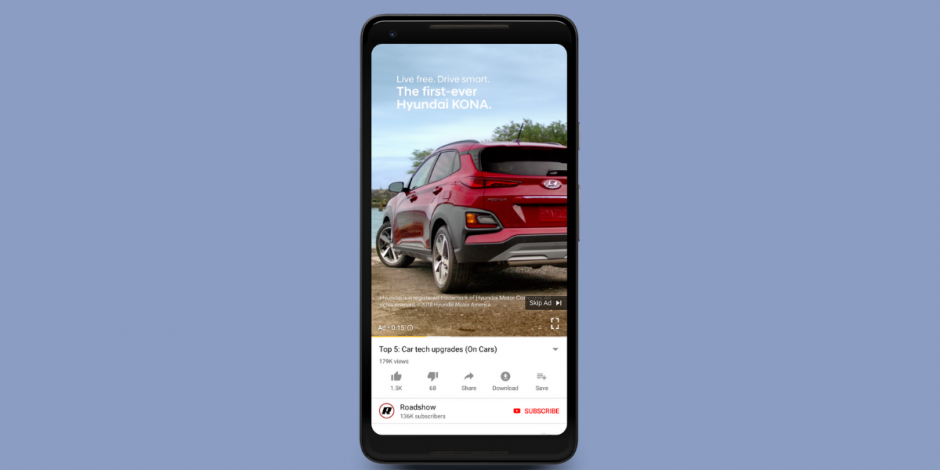 As reported by The Drum:

"Advertisers can now snap up slots that fill up a users' screen when they're viewing content on YouTube's mobile app in a similar way to the ads served by the likes of Instagram and Snapchat. [...] Hyundai is among the brands to have trialed the new creative format, which expands based on the dimensions of the video."

As noted, with the growth of the vertical Stories format, the addition makes perfect sense. YouTube had initially resisted making the switch to accommodate vertical content, but has since added in a range of support options, and with that, the logic of introducing vertical ad units seems like a bit of a no-brainer. More than 70% of YouTube watch time happens on mobile devices, and while YouTube hasn't provided specific stats on vertical viewing, the announcement would suggest that it's also rising significantly.

In addition, YouTube has also announced that brands will soon be able to buy ads which appear in user home feeds, capitalizing on YouTube's recommendation engine. Again, as per The Drum, the amount of watch time driven by recommendations on YouTube's home feed has grown three-fold over the past three years, amounting to another opportunity to maximize ad response.

You may not personally like vertical video content, and video creators, in particular, tend to dislike the quality concessions they need to make for the format. But again, the stats don't lie. It could be in your best interests to start investigating ways to tap into the 'taller' video form.